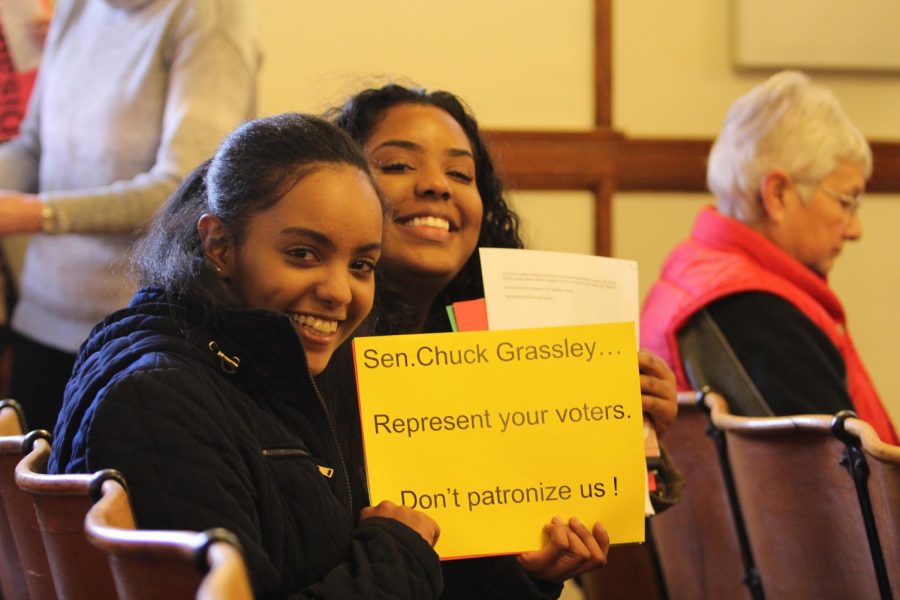 Gallery|9 Photos
Victor Kalil
Wala Siddig and Safeya Siddig '18 of West High hold up a sign passed out to attendees.

[Grassley] refused to answer my question, even when it was asked a second time. That makes me doubt his commitment to our safety and well-being.”

The fact that he said he ‘won’t be asking anyone for money’ instead of ‘I won’t be taking money from anyone’ shows that he’ll still be taking [the NRA’s] money.”