#1-Seeded Girls Roll Through First Round

The Little Hawks shut down #8 WDM Valley, marking their 24th win of the season and continuing their quest for a title with Ashley Joens tying the state points record with 36. 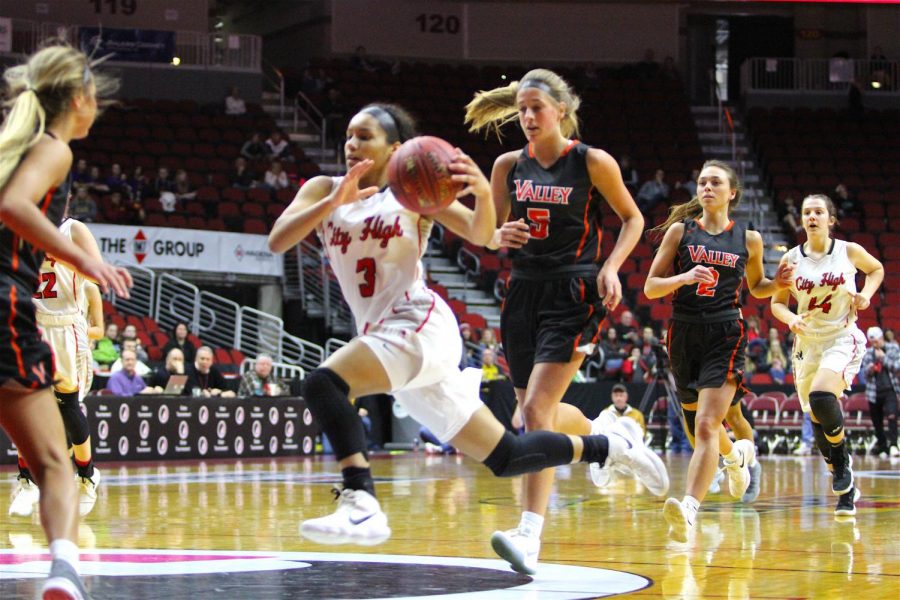 Rose Nkumu '20 takes one to the hoop during the quarter-final State tournament game at Wells Fargo Arena.

All season long, nobody has been a match for the girls’ basketball team. That didn’t change in the first-round of the State tournament. After losing to Cedar Falls last year in the quarter-finals, this year’s squad has been on a mission to avenge themselves, and every player chipped in. The experienced squad didn’t let their strong desire to win get the best of them, however, only allowing Valley to lead for 34 seconds of the game.

Rose Nkumu ’20 had the most steals of the day with five.

At halftime the Little Hawks had forced 11 turnovers, and the Joens girls had a combined 33 points—one point less than Valley’s 34.

The Little Hawks will continue their journey to the championship this Thursday, March 1st, at 10:00 a.m. against the #4 seed Johnston.