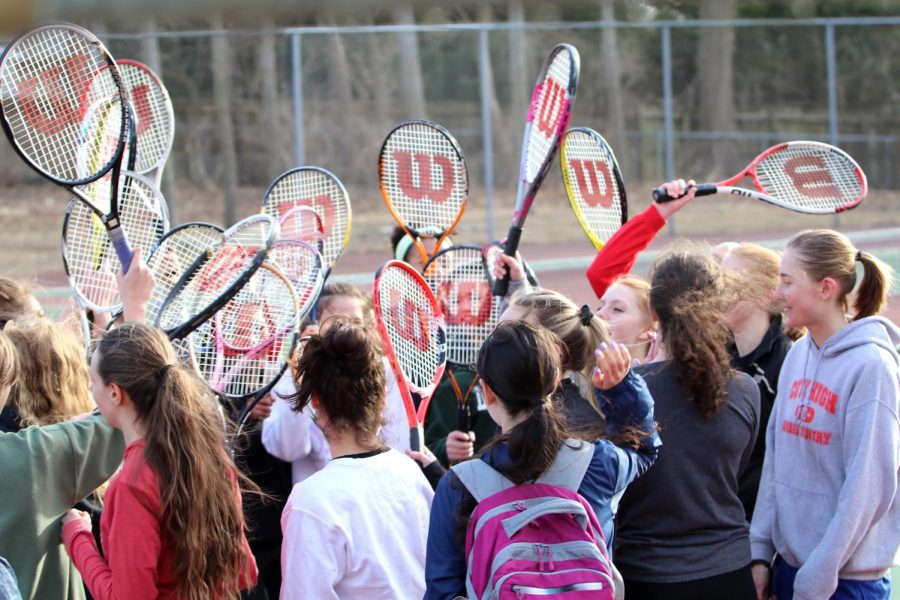 The girls tennis team opened their first day of practice with a smile. There were many new students eager to try out the sport, including Anna Denniston ‘18.

“I don’t really know why I decided to go out for tennis,” Denniston said. “I think I’ve heard really good things about it, a lot of my friends are on the tennis team and I just thought, senior year, why not?”

Denniston had never played tennis before, so she spent her spring break practicing with friends, trying to get ready for her first season. One of those friends, Liza Whaylen ‘18 has been on the team since her sophomore year.

“The first year I played we had a lot of seniors on the team who just wanted to get out of gym,” Whaylen said. “It was pretty hectic, we had to cut people from the team, and then that kind of discouraged people so last year we had kind of a low turnout. It was still a great group of girls but this year we have a bunch of both new and senior girls who just have fun.”

Since her sophomore year Whaylen has seen the team evolve quite a bit. And now that she is a senior, she is excited to give it one last go.