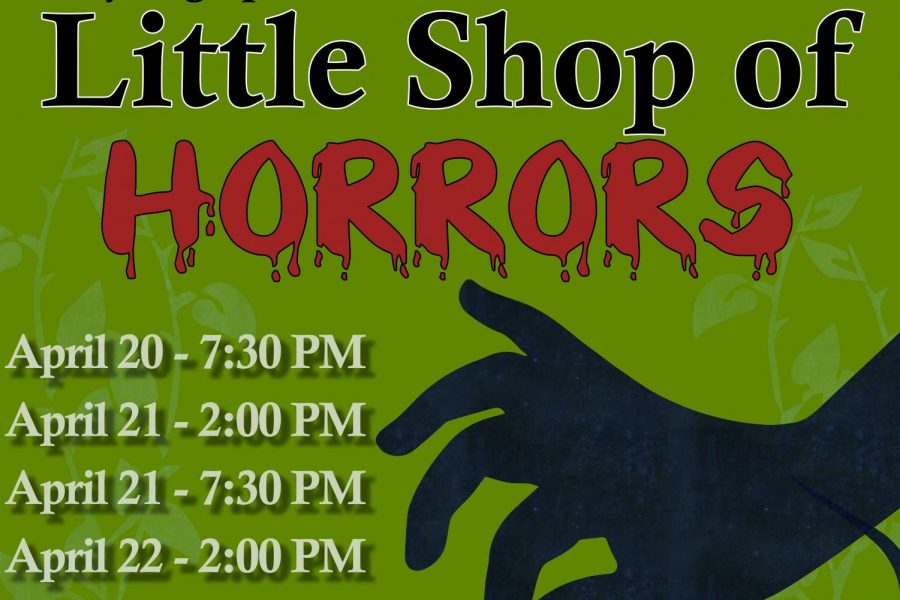 This year’s musical, Little Shop of Horrors, is raring to go. Getting underway into their final month of preparation, the cast and the crew are excited to see everything starting to come together.

“So we are at the point where set is starting to go up and the costumes are starting to make it to the actors,” said Veronica Abreu ‘19, who is double-cast in the lead role of Audrey. “The coming weeks are just going to get more and more hectic, with a final hurrah that is tech week. I think the more time the cast spends together, it will become more of a fun and not so much a work thing.”

Abreu says her character is a big part of what makes the show unique for her.

“I play a woman named Audrey, she works at Mushnik’s Flower Shop, which is the main setting of the musical,” Abreu said. “So I’m in kind of a pickle, [Audrey’s] always lived in Skid Row which is a really poor neighborhood in Los Angeles. She’s always been on the short end of the stick when it comes to life situations and opportunities, she has a lot of trouble with self image and kind of telling her own self worth, so she is often taken advantage of and put into bad situations because of that.”

Abreu has also been studying the film adaption of the musical to better understand her character.

“Little Shop had a really big cult following because of the movie, and even though it’s kind of cringy, watching the movie helps me see lines being played out in ways that I may not have necessarily thought of because some of them are really bizarre.”

Liza Sarsfield ‘19 is in charge of props and is a main force behind the costumes and set changes.

“I’ve been getting together different things that we already have in the basement and setting them aside and making bouquets of flowers,” Sarsfield said. “In the next couple weeks the actors will start actually using all of the set and props and stuff so that will be great, and then we will do tech and then run through the show!”

Sarsfield says that this year, in contrast to past years, the theatre department will be using a turntable.

“It’s like a giant rotating circle in the middle of the stage so that we can have different sets on different sides and then it will turn so that we can make the ugly old flower shop look bright, pretty and new without actually going on stage,” Sarsfield said. “It gets here next Friday!”

Little Shop of Horrors will open April 20th at 7:30, tickets are $12 for adults and $7 for students. Seats can be reserved at seatyourself.biz/iowacityhs or can be purchased at the door.