A Community for All 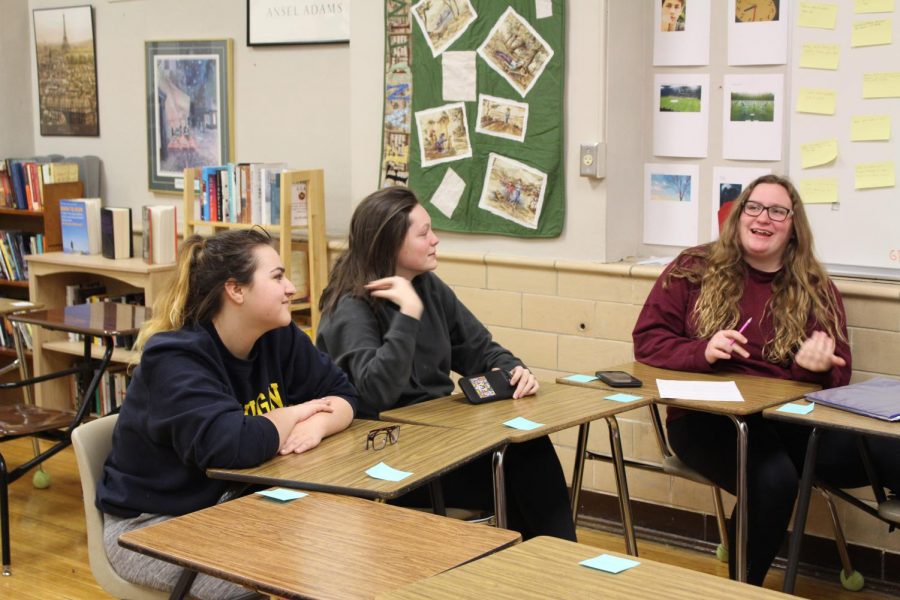 At the beginning of the school year, many students at City High felt that there wasn’t a place to express their thoughts and emotions in a safe environment outside of the administration. To provide a solution, Nicole Williams ‘19 decided to create such a space herself.

“I created [Teen Advocacy Club] because I think there wasn’t a place for students to actively have a conversation about things that weren’t already being discussed,” said Williams. “The club gives a place to have a direct alignment with a teacher to feel safe with.”

One of those teachers is Haley Johannesen, an English teacher, who is the sponsor of the club.

“I decided to sponsor the club because I really like what the club wanted to do for teens,” said Johannesen. “I also wanted to get involved in some extracurricular activities with students and thought this was a good way to do that.”

Williams and her friends created the club at the end of first trimester in 2017. It meets every Tuesday after school in room 1101. The club creates an environment in which students can safely express concerns about the school or talk about personal issues.

Part of making teen advocacy a place in which anyone can express how they feel is having open discussion and student participation. All are allowed and welcome to come and join the conversation.

“The goal of the club is to make school a more communal place and create a conversation to make students feel like they have a place to go where they can voice their concerns and feel like it’s actively being looked at and dealt with,” said Williams.

That being said, teen advocacy isn’t just limited to discussion. It also organizes multiple programs that seek to help students in ways the administration can’t.

“One big thing this year is we’re trying to spread the word against drunk driving,” said Johannesen. “We’re establishing a text message system for prom and trying to get a way for students who choose to partake in illegal activities to have a safe way home or a safe avenue to get out of a bad situation.”

Teen advocacy serves as a for any and all students who want a sense of security and community. It’s a place to connect with others and express your emotions and opinions.

“[Teen advocacy] focuses on students who don’t have outlets like teachers they know or a lot of friends,” said Williams. “It’s for everyone that doesn’t feel like they really have place in school right now they can come to the club and have a place.”