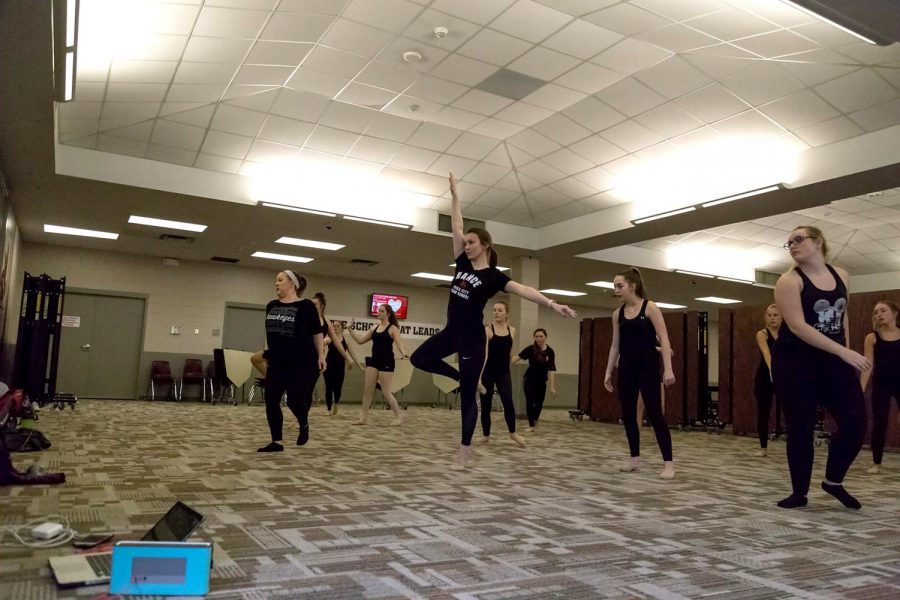 On Friday April 6th, the City High dance team held auditions for the upcoming season under the leadership of Coach Barbie Kopp, who has now been directing the dance team for 11 years.

“I’m looking for technique [in new members], their execution, and stage presence,” Kopp said. “I’m looking for someone who is dedicated so when I look through their paperwork I like to see that their involved in other activities and try to work with that. I want to see some dance training. I mean we are a competitive team, highly competitive.”

The girls all fill out paperwork before hand. The questions include things like if they have dance experience, what they have to offer to the team, and awards in dance they’ve won. After having successfully making it her freshman year, Ellie Ballard ‘19 will officially have been on the team for four years as of this coming season.

“What I like best [about dance team] is watching the girl’s progress, especially the girls coming on, watching how they started and seeing at the end of the year them being dancers,” Ballard said. “[Because I’m a returner] sometimes there’s pressure to make the team again but this year I’m just super excited and I don’t think I’ve gotten really nervous, but I’m sure I will.”

Girls wanting to audition started coming into the cafeteria around 4:30 to stretch, then when coach Barbie Kopp got there everyone sat down to discuss requirements and rules. Next was group stretching where everyone tested their flexibility, practiced moves, and listened to music.

Then came the hard part, the girls were taught two routines, one upbeat and fast, the second slow and lyrical.

“[I wanted to be on the dance team] because I love dance and I just like being on a team,” said Nicole Day ‘21. “There’s kind of pressure to make the dance team but usually you do make it back on.”

Girls then performed the dance number without coach Barbie Kopp, who then picks her ten  girls. They will then compete during halftime at football games, go to competitions and go on to perform at state.