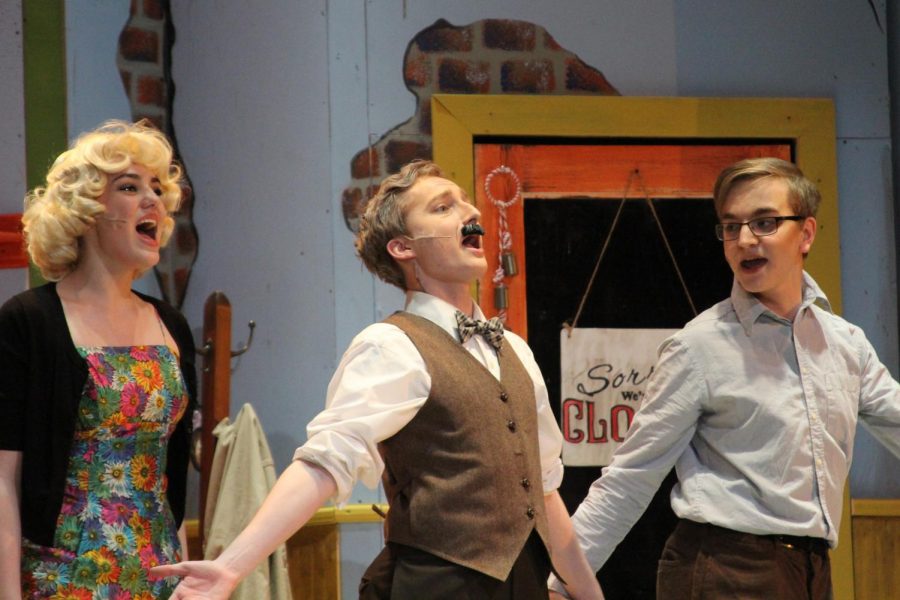 Although most of its seats were empty, Opstad Auditorium was filled with noise and commotion as students and teachers alike prepared for their first curtain call of the year.

The first full runthrough of City High’s annual musical took place last night in front of a crowd of parents and those working on the show. Despite being the cast’s first performance of the musical, it ran mostly without a hitch, never having to break for technical difficulties.

“Little Shop of Horrors” stars Tobias Epstein ‘21 and Aidan Smith ‘19, who are double-cast as Seymour, a florist’s apprentice who discovers an unusual new plant, named Audrey II, played by Amadou Sanogo ’18. Veronica Abrieu ‘19 and Lauren Rude ‘20 are double-cast as Audrey, the namesake of Audrey II who, like Seymour, works in the flower shop.

The show will run April 20th through April 22nd in Opstad, with tickets costing $12 for adults and $7 for students. Although the show doesn’t open until Friday, tickets are already on sale and can be purchased here.