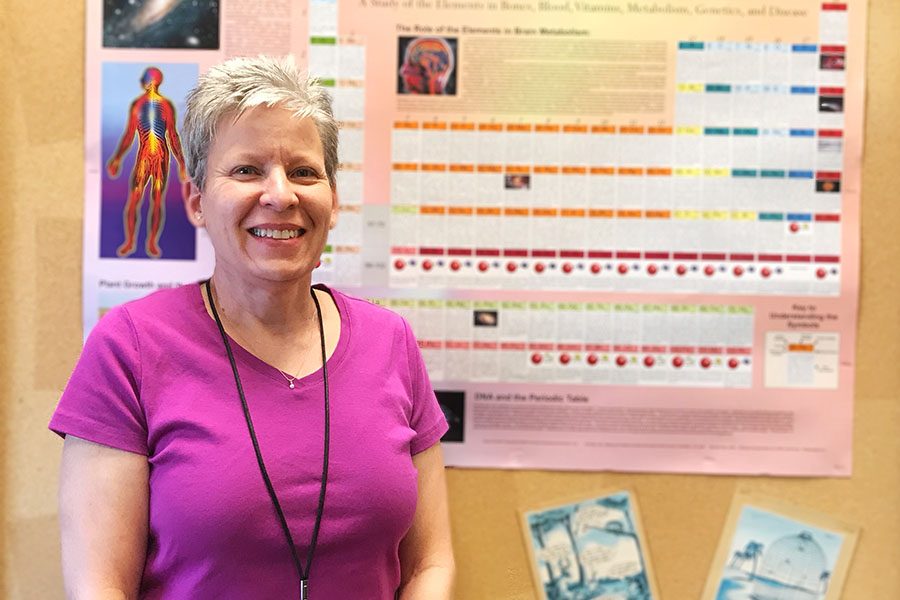 Mrs. Wilson’s long days of checking papers are soon to be over. After 31 years of molding minds, she is retiring from her position as a science teacher at City High. She’ll be treading the unknown waters of retirement with her husband and her close friends by her side.

“I still love the kids and love what I do,” Wilson said. “But, I think the wick is getting a little short on that. I wanted to make sure I stopped while I still loved [teaching].”

Though she has become a great teacher with extreme dedication, Mrs. Wilson never intended on entering this career path. In fact, she was set on being a geologist when she began college.

“I came to UI to get my Masters degree in geology and had a TA position,” Wilson said. “I decided that [teaching] was really cool and I’d rather do it than work in an oil company or sit in a lab.”

Due to her career switch, Mrs. Wilson has been able to have a more interactive experience. She has loved working with City High’s science faculty, as well as its students. She sees teaching many diverse and unique students is one of her greatest achievements.

“I’ve also had the opportunity to teach teachers, which I think is nice,” Wilson said. “Hopefully, I have reached out and had influence outside of the schools that I’ve taught at.”

“Fun, yet very smart and willful,” said Elise Lanternier ‘20 on having Mrs Wilson as her chemistry teacher.

Though she became a teacher by chance, students are glad they had her as their teacher.

“I didn’t know she was retiring, so when she told me I just thought, ‘Where did the time go?’”  Lanternier said. “I enjoyed my time with her. I’ll be sad to see her go.”

Though the prospect is slightly bittersweet, Mrs. Wilson looks forward to her retirement with excitement. She plans to travel, read more, and spend time with her son and her husband Mr. Wilson, who was also a teacher.

“I go back and forth between being excited and terrified,” Wilson said. “I’m going to do something else, I just don’t know what that is yet.”

Although her retirement will bring sadness to many, she believes there will be may good things with her retirement–especially not having to wake up at 4:55 to get a workout in before school.

“My alarm is going to get reset to a much later time,” Wilson said.

Mrs’ Wilson’s transition from employment to retirement will be difficult, but she plans to use what she learned from teaching to help her in this next stage of her life.

“You have to find humor in everything you can. That doesn’t mean laughing at your students, but laughing with them,” Wilson said. “You have to roll with it. You’ll never have a perfect day.”