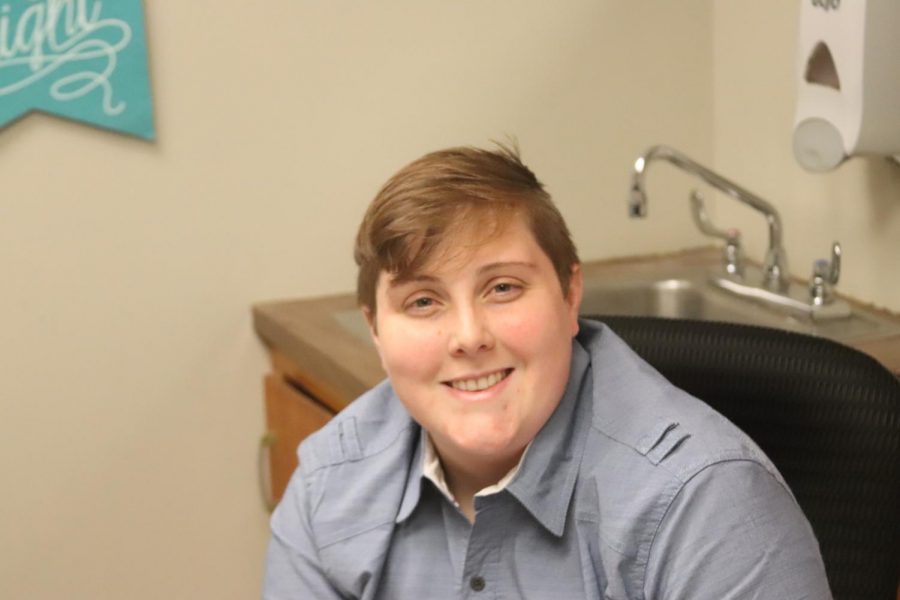 At the start of the school year, City High welcomed a host of new teachers. Among them is Mrs. Liz Mollet, an educator in the iJag program. Mrs. Mollet, who worked as a music teacher in Cedar Rapids for K-5 kids, first experienced something similar to iJag as a practicum student working in City High’s Success Center.

“I had a really good time working with those teachers and students, and I thought that iJag was something similar, so when the job opened up I took the opportunity,” said Mollet.

Mollet has never had a preference for which age she wanted to teach, but the environment at City High appealed greatly to her.

“I really liked the sense of community,” said Mollet. “I have wanted to teach at high school for a while, but during my practicum I thought, ‘This is a really cool place to be.’”

Although her first few weeks at City have largely been meeting students, Mollet is happy to get to know her future students.

“Even just the little stuff—I have some people come into the office just to chat,” Mollet said. “Just getting to know the students has been a really fulfilling experience already.”