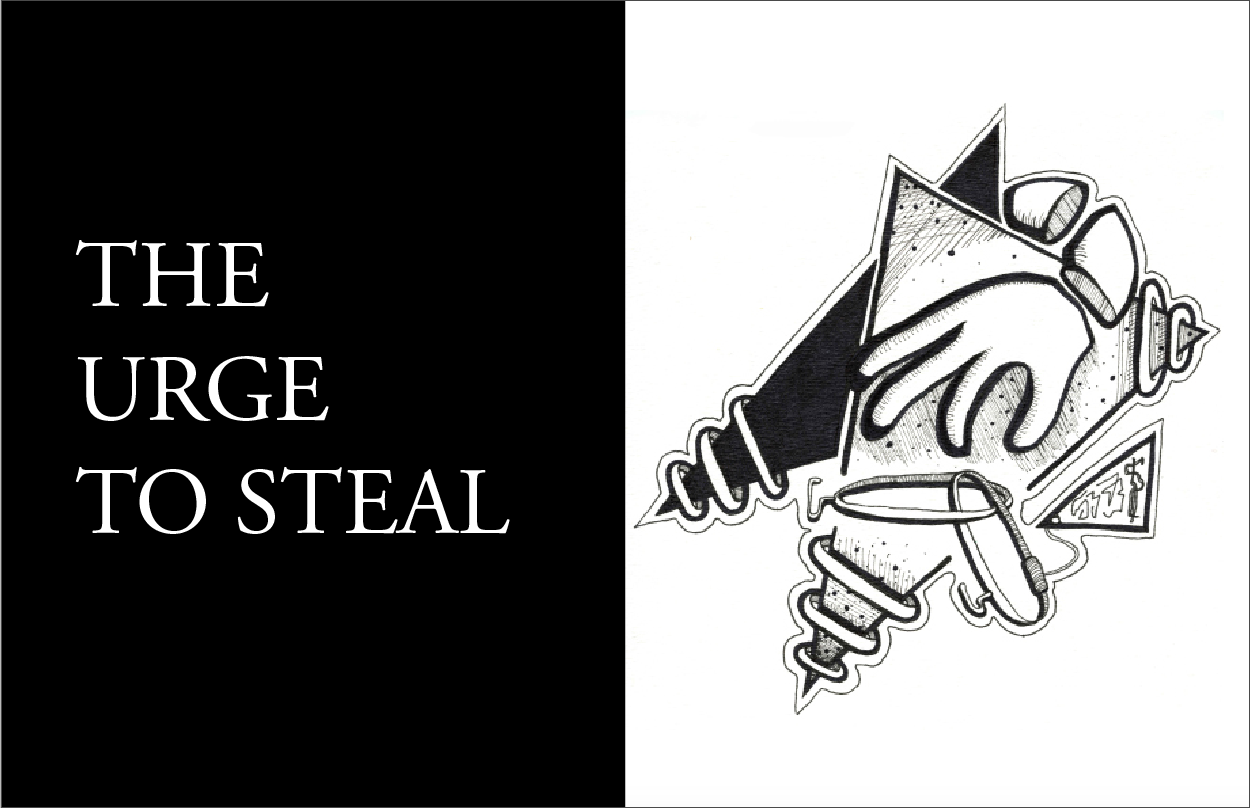 The Urge to Steal

The first time was when she was eight. She browsed through the store alongside her family, looking over all of the items for purchase, when one bracelet caught her eye. Knowing her mother would not buy it for her, she slipped it into her pocket. That was only the beginning.

“I sometimes see something and I can’t help myself from taking it,” Teresa* said. “I don’t know why. When it happens it’s like a reflex. Afterwards I feel very guilty about it.”

I sometimes see something and I can’t help myself from taking it. I don’t know why. When it happens it’s like a reflex. Afterwards I feel very guilty about it.”

Shoplifting. Kleptomania. Two words that are associated with stealing. While these two overlap, they are separate. Donald W. Black, MD, a professor of psychiatry at the University of Iowa, has been studying compulsive behaviors for over 30 years and breaks down the difference.

“Shoplifting is kind of a different concept than kleptomania, although it overlaps with compulsive shopping and kleptomania. With kleptomania the person has an urge to steal and does so,” Black said. “The shoplifter may have an urge to steal and may not. They may just want the object for whatever reason. With kleptomania there is an urge. Patients will describe how this urge builds up until they take an object. They will tell me that they can’t stop themselves, they have the money for it, they don’t need it, but they see the object and there is this urge that overtakes them.”

Through working with his patients, Black has found that shoplifting, kleptomania, and the blurred area in between can affect anyone.

“[Shoplifters and kleptomaniacs] tend to be very humiliated and embarrassed. They’ll say things like they don’t know anyone with this, they feel all alone, [and] they know they’re different from others,” Dr. Black said. “However, even famous people have been caught shoplifting. It can happen to anyone and of course they are always terribly embarrassed.”

Embarrassment is a thread throughout the problem. Just like Dr. Black’s patients who struggle with the shame of stealing, Teresa feels the same.

“When it happens it’s like it’s a reflex. Afterwards I feel very guilty about it.,” Teresa said. “If I see a small sticker or earrings I could easily take, I do. It’s stupid because I don’t even need to do it and I feel really bad about it after.”

Throughout her life, Teresa’s shoplifting habits have changed.

“[I shoplift] a lot less often than when I was younger,” Teresa said. “I feel like when I was 12-13 was the peak. [I shoplifted] kind of every time I went shopping. Maybe around once a month or something.”

For each person, the start to the problem is different.

“The process [of shoplifting] is similar no matter your age. This can be true for a high school student, a middle aged individual, or for an older person,” Black said. “It usually starts pretty early in life–probably the teens or 20s, it becomes established. It becomes a chronic pattern people have trouble interrupting.”

In a definitional distinction, kleptomaniacs can’t control themselves, whereas shoplifters are more in tune with what they are doing. Black mentioned that the rush kleptomaniacs get can be compared to that of drug addicts on heroin. For kleptomaniacs, simply entering a store can trigger these habits.

“I steal if there’s a store with little things. Like [downtown]: if I’m in a specific store, it’s bad, like I really want to take something and I do most of the time,” Teresa said. “[In this store] I try to keep my hands in my pockets. They have the stickers in the front and the earrings are just in a bowl. It’s like all this stuff is everywhere and it’s so easy. I’m not stealing out of necessity it’s definitely more of a reflex.”

While Teresa tries to keep her hands in her pockets while she shops, there are other ways to help people stop shoplifting. One of the ways to treat kleptomania is by bringing someone else along shopping, whether they are clued in to the problem or not. However, when it comes to shoplifting in general this is not always the case. In fact, with shoplifting there is the chance that it comes from being around others.

Rachel,* another City High student, also shoplifts; however, her patterns differ from Teresa’s. Both young women are good students who participate in City High activities as well as the community.

“Well I’ve been with friends before and they’ve [shoplifted] and at first I was like, ‘What are you doing? We’re going to get in trouble,’ but then one time I was out with my friends shopping–this was like the past year or so–and I stole some sunglasses,” Rachel said. “I’ve [shoplifted] just a couple of times… Definitely with other people, [they’re] not always [shoplifting] but they’re always OK with it or encouraging it.”

The stark contrast between kleptomania and shoplifting shows that one is uncontrollable, while the other is more of a choice. According to the National Association of Shoplifting Prevention (NASP), there are approximately 27 million shoplifters in the United States.

As of right now, there are no concrete treatments, but there are different ways psychologists try to remedy the problem. It can be through therapy, where people learn different methods of distraction if they are feeling the urge to steal. This can be playing with a pet, reading a book, or taking a walk. When it comes to medications, people are usually treated with antidepressants.

Kleptomania is something that isn’t well known or understood in society. It has a stigma which makes it hard for people to come forward if they are struggling with it. Dr. Black has found his patients have come to him over the years seeking help for other problems first.

“It’s not something that people actively seek out help for. It’s very rare that someone comes to our clinic and says, ‘I have a problem with compulsive shopping or stealing,’” Black said. “They’re more likely to [come in] for treatment of depression or anxiety and then while you’re listening to them and taking their history this may come up. They will acknowledge that this is one of their problems. They tend to be very humiliated and embarrassed.”

In the event a shoplifter or kleptomaniac is caught, they can both experience similar results. According to HG.com, an online legal resource, there are five different degrees of theft in Iowa law. The NASP defines theft as “when a person takes possession or control of the property of another or property in the possession of another, with the intent to deprive the other thereof.” In some cases, shoplifters are required to take a theft class by a judge or court. Theft classes are made up of 13 different sections, including impact of theft on society, unhealthy thinking, and managing stress and anxiety, as shown by Course for Theft, a theft awareness website. When people complete this course, they are given a certificate that signifies their progress.

Shoplifting also affects society through the economy. The NASP found that it raises prices for consumers, takes tax revenue from communities, and can lead stores to go out of business. On average, $13 billion is stolen from retailers each year. Some shoplifters use types of stores to justify their stealing. Rachel does not shoplift as much as Teresa and her take on shoplifting is different.

“I usually shoplift from stores [where] I know their products are from cheap manual labor or it’s something that’s not valuable or not handcrafted,” Rachel said. “I would never steal something that somebody made, like a piece of art or something. I stole sunglasses that were super cheap–definitely made in China–so I didn’t have any guilt with stealing them.”

The effects of shoplifting create a widespread problem that not many people are aware of. Most people don’t understand that there are ways to receive help.

[Shoplifting] is common, but people don’t talk about it. It’s really hard to know how frequent it is, so we don’t even have good estimates on how common it is because it’s embarrassing. People deny it. They don’t want to talk about it.”

“[Shoplifting] is common, but people don’t talk about it. It’s really hard to know how frequent it is, so we don’t even have good estimates on how common it is because it’s embarrassing,” Black said. “People deny it. They don’t want to talk about it.”

*Names have been changed to protect anonymity of sources.

Information and statistics provided by the National Association for Shoplifting Prevention (NASP), a nonprofit organization that shapes, promotes and supports comprehensive community action in shoplifting prevention efforts…because shoplifting steals from all of us.  Contact NASP at 800-848-9595 or visit www.shopliftingprevention.org.