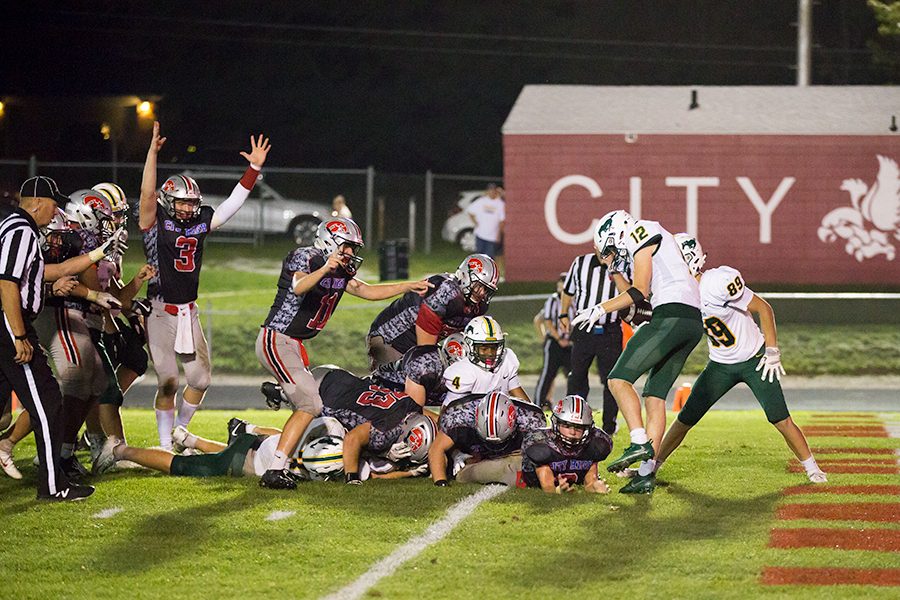 Max DePrenger ’19 scores the go-ahead touchdown with some help from the offensive line.

The Little Hawk offense has seen mixed results so far, but there is a lot for fans to feel optimistic about. City racked up points in week one against a young Liberty team, then was shut out in consecutive games by second ranked Cedar Falls and rival Ames. The Little Hawks then bounced back with 23 points against a Hempstead defense that held top five Bettendorf under 30 points. Going forward City will have to limit turnovers.

The Little Hawks won the turnover battle against Hempstead with four interceptions and a fourth down tackle of the Mustang punter. But City lost four fumbles to Ames, and Liberty’s three scores all came off of turnovers. If the Little Hawks can hold on to the football and continue to tighten up mistakes, they have the playmakers to put points on the board moving forward. Hickman is confident they can make that happen.

“We’re gonna win a lot more games, by the way.”