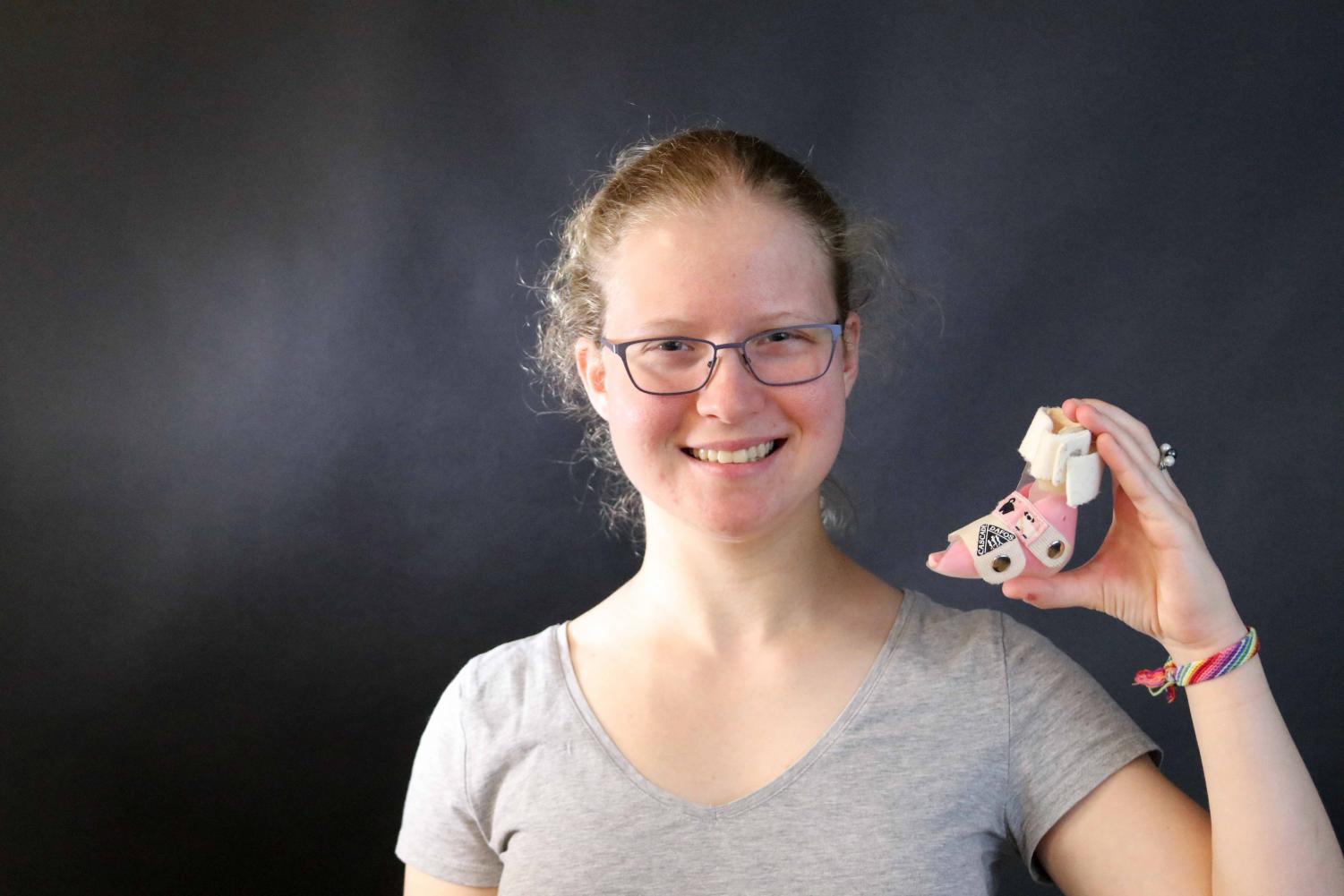 Megan Bywater ’19 holds the brace she wore when she was a baby. (Zoë Miller)

Megan Bywater ’19 holds the brace she wore when she was a baby.

“It was scary, but we just tried to learn as much as we could. Everybody was asking lots of questions and wanted to know. I had an aunt who called and just said, ‘We don’t need to ask any questions. We just want you to know that we will love your baby.’”

“I don’t like [the word] ‘disabled’ at all because I am able to do stuff, I just have some limitations. I feel like ‘disabled’ is really restrictive. It’s definitely not a word I like to hear. Especially because I don’t walk around in my life saying I have a disability. That’s not comfortable for me.””