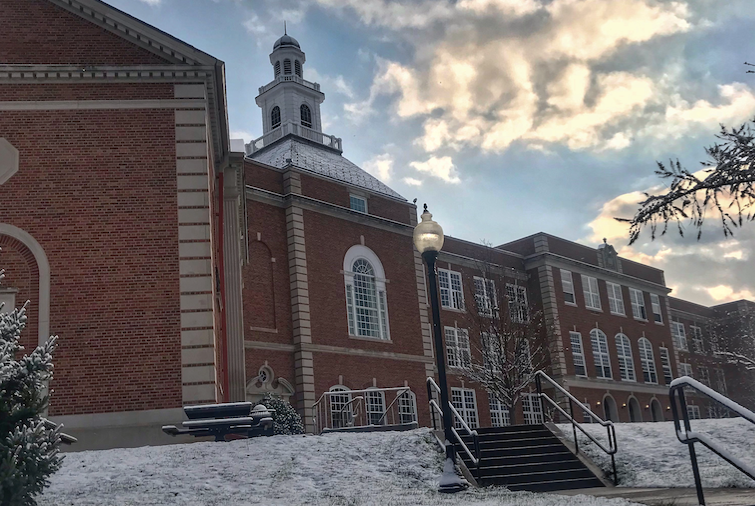 As the leaves continue falling off of the trees, snow has begun to fall from the sky. This year, Iowa City experienced a particularly early snowfall. This is causing excitement throughout City High, along with dread for the presumed long Winter ahead.

Maia Janssen ‘19 was not happy about the snow when she saw it after the orchestra concert last night.

“I am not really a fan of driving to school in the snow,” Janssen said.

Contrastingly, as Annalise Rummelhart ‘19 saw the snow last night, she was excited.

“I like the first snow because it’s pretty for a few days, but once it gets all brown and sludgy I don’t like it anymore,” Rummelhart said.

Students like Janssen are nervous about the signs of climate change being shown by this early snowfall.

“I think that [the snow] is further evidence that [climate change] is a problem and we need to work to try to remedy it,” Janssen said. “We should try to reduce our consumption of products we don’t need and walk or bike instead of drive. Except not in this weather because it would suck.”

Rummelhart predicts that this is not actually the start of winter.

“I think it’s snowing more now and the temperature changes are more extreme, so I bet next week it could be like 60 and normal,” Rummelhart said.

Overall, the snow came as a surprise, but City High students, whether excited or not, are prepared for the upcoming Winter.

“I didn’t think it was going to stick but here we are,” Emily Milefchik ‘19 said.