Have Bike, Will Travel

Some students and teachers at City High prefer to get around on two wheels. 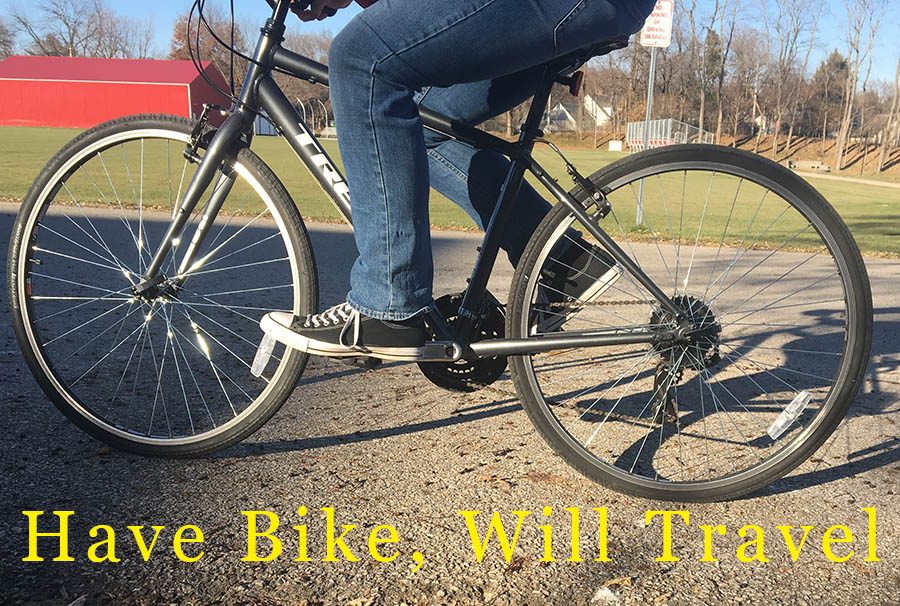 Biking is the favored transportation method of some members of the City High community.

For many high schoolers, getting a driver’s license–and maybe a car to go with it–is a rite of passage. At City High, conflicts abound over lowerclassmen parking in the lots closest to the school, which juniors and seniors jealously guard. But Walter McDonough ‘19 didn’t buy into this system. In fact, McDonough doesn’t even have a driver’s license; he has another way to get around.

“I just bike everywhere in most situations,” McDonough said. “I have biked pretty much my whole life. I used to go on bike rides with my dad with my dad when I was little, all around Iowa City. I have been biking to school pretty much since my freshman year.”

McDonough said that biking is the best mode of transportation for him–better than public transportation like buses–because of the independence inherent in the practice of biking.

“I would have to go to the bus stop and wait for a bus or I would have to fit into their schedule,” McDonough said of public transportation. “Instead I can just get on my bike and go where I need to go and I’ll probably be there in less time.”

Inability to drive isn’t the only reason to get around by bike. Economics teacher Steve Dodge also uses biking as his primary mode of transportation.

“I enjoy biking because I just like to get outside, so you are just closer to the environment. I just like that aspect of it,” Dodge said. “I can travel almost as fast as driving with the bike, plus get [the] cardio aspect.”

Despite their strong opinions about the benefits of biking, McDonough and Dodge agreed that it can be difficult to be safe on a bike.

“As it gets colder, I have had where you get the black ice, and you can’t see it,” Dodge said. “I have hit that before on the bike, especially early morning or late evening when it becomes more difficult to see it.”

“There are not a lot of bike lanes or bike paths in Iowa City,” McDonough said. “I try to take the ones that I can, but some streets near my house, like Dubuque street, Dodge street, and Gilbert’s street…can get me to places, but it also is really heavy traffic and it often isn’t accommodating to bikers. I think that people don’t look out for bikers as much.”

Overall, though, McDonough said biking is something he enjoys.

“I like biking. It’s fun and it’s also good for my health,” McDonough said. “I don’t do much other activity in most of the year so it’s good for that.”

Dodge also lauded the experience of riding a bike.