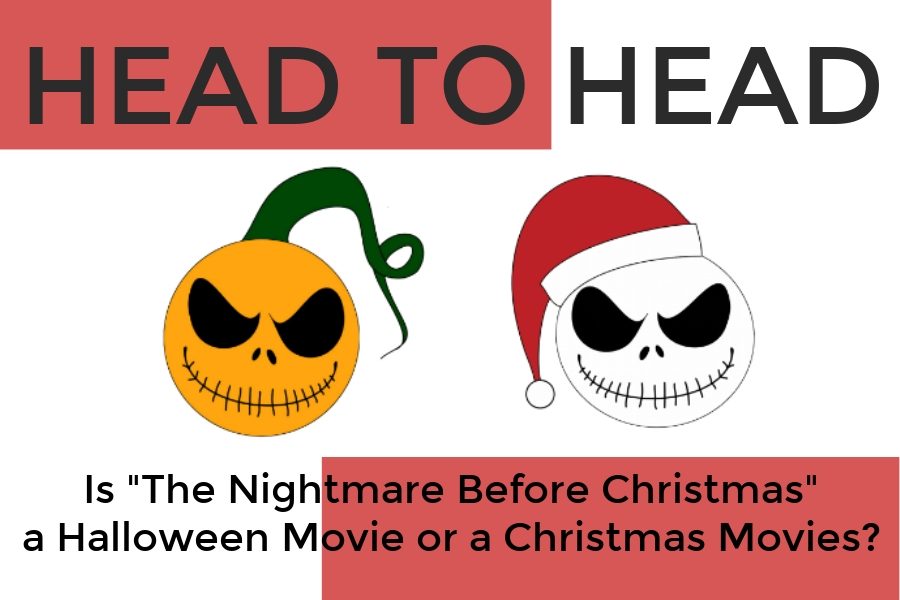 Head to Head: Is “The Nightmare Before Christmas” a Christmas Movie or a Halloween Movie? 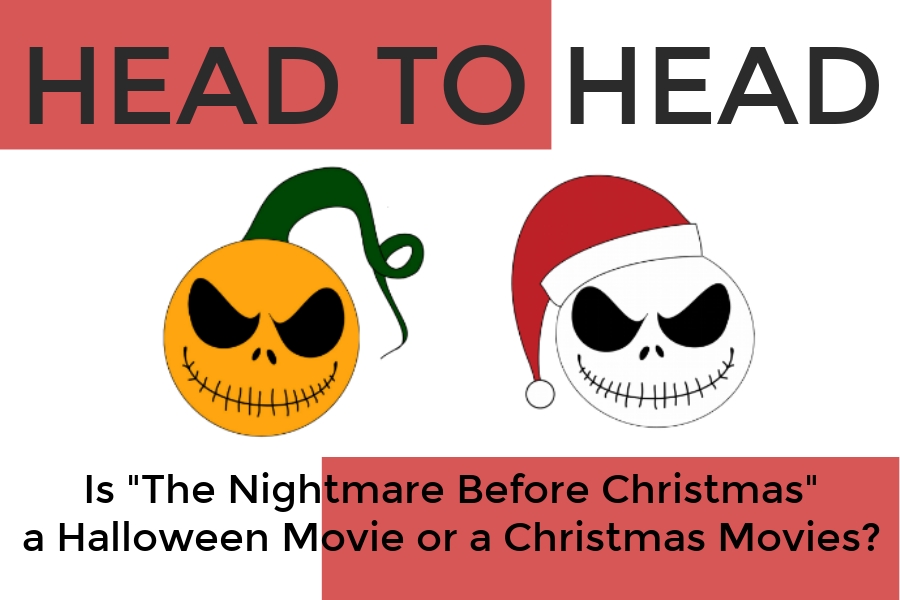 Head to Head: Is “The Nightmare Before Christmas” a Christmas Movie or a Halloween Movie?

I stick to the belief that this classic animated movie has a place with all of the other halloween movies. It definitely holds some qualities that entail a christmas story but I don’t think Tim Burton intended it to become a classic to watch with the family after opening presents Christmas morning. I would hate to think that I will be receiving a shrunken head after watching this on christmas eve.

The movie starts in the land of halloween, with a celebration of all things scary and creepy. A parade led by a skeleton goes through the town with creatures watching. Now, when I watch this opening scene, I think of the haunting words they are saying: “This is Halloween”. We are thrown into this story with the blunt backstory of this town that focuses on Halloween and celebrating it like its a religion.

When Jack Skellington reaches the land of Christmas, he is confused. This is the only part where I think “Ah yes. Christmas”. If the story would be how he changed the land of Halloween to Christmas then I would say that this is a Christmas story with no real meaning. Even if it had a happy Christmas ending, what would the point of it be?

When he is trying out Santa’s shoes, hey brings elements of Christmas to Halloween but also does the exact opposite. Giving eery presents to children who were expecting a doll or a new bike doesn’t sound like Christmas to me- it sounds like a Halloween takeover. It has Christmas themes around it but it is so unsuccessful that I wouldn’t classify it in anyway as a merry Christmas. Those children have been scarred for life, and now their parents have to deal with those scary presents and their frightened children. Nothing about this reminds me of the Christmas spirit.

Jack was becoming uninterested with his life in Halloween Town but after his discovery of Christmas Town he decided to try his hand at spreading the cheer. Jack even dresses up as Santa and hands out gifts

Jack’s experiences in Christmas Town will change the way he rules over his Halloween subjects, but there likely aren’t many Halloween elements that will make it back to Christmas Town. With Jack’s return Christmas takes over. The way Jack returns to Halloween Town is different from when he left. Simply put… he is more Christmas.

Christmas drives the plot. Without the holiday the movie would just feature a sad and lonely Jack Skellington wandering around, wondering if there is more to life than just skulls and pumpkins. He would never be able to truly rule Halloween Town without the life lessons and love he learned in Christmas Town.

Santa himself works WITH JACK towards saving Halloween Town, even after Oogie Boogie unsuccessfully tries to vanquish him. This not only shows the kind hearted forgiveness of “Sandy Claws,” but the fact that Oogie Boogie’s plan failed gives the movie a happy ending, with the help of some Christmas magic.

Even the film’s medium, stop motion, is like that of several Christmas movies such as Rudolph the Red Nosed Reindeer and Santa Claus is Coming to Town.

“The Nightmare Before Christmas” isn’t especially scary, nor is it similar to many Halloween themed movies like Hocus Pocus. While there are some moments where young children may have to cover their eyes, they can also learn how to be a better person.