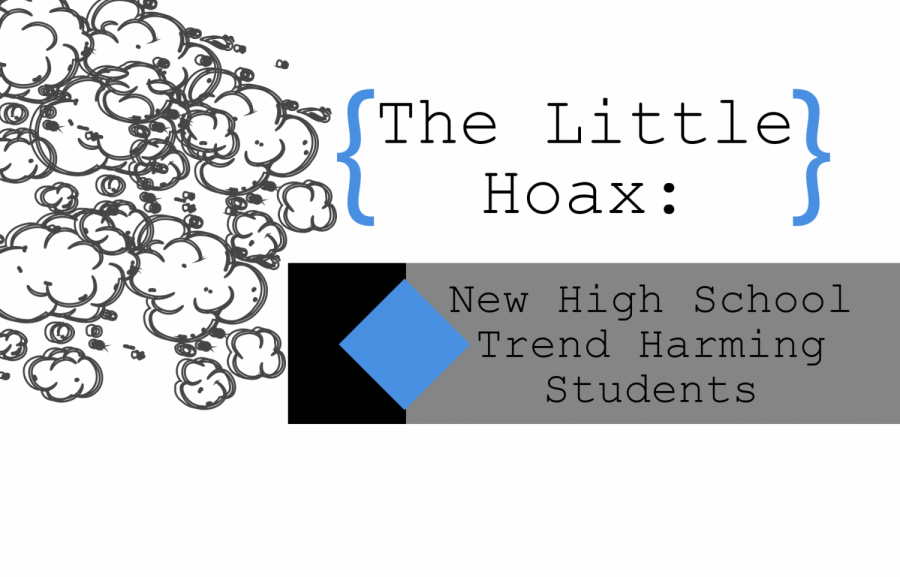 Guest writer Matthew Taylor '20 puts in his satirical two cents on the teen epidemic of juuling.

In the past, usage of cigarettes and tobacco among high schoolers has been a worry for parents across the country, but now the focus has shifted to vaping or “juuling.” These new devices known as “juuls” have teens worldwide hooked and addicted. On Friday morning at 4:20 am, a resident on 1686 Treblemaker Street across from North High School reported a “enormous mass of grey smoke” rising from the school across the street. Moments later police came to investigate. Lieutenant Jewlgould reported from the scene.

“We saw a massive cloud of smoke emanating from the school and thought that a fire could have been started in the cafeteria,” said Jewlgould. However, according to the local climatology expert Dr. Klimate Jain, this phenomenon was not caused by fire but the “byproduct of juuls.”

When a student juuls, it releases a chemical haze that can be harmful to the surrounding environment. Just four days ago in Nevada, Iowa, a flock of geese began to fly in the shape of an O instead of the typical V. Scientists believe this strange behavior can be attributed to the clouds of nicotine rising and being inhaled by the geese.

In fact, near the campus of North Highschool, squirrels have been seen jumping onto cars and lying on their roofs. Scientists also believe this is because the excess nicotine in the environment caused by students juuling.

When we asked a student attending North High School about the consequences and dangers of juuling he quickly responded saying, “My juul ain’t do shit to no environment. It just makes me feel like I’m in a whole other world.”

Drug use has always been a problem for students in high school. According to multiple independent studies, 76 percent of high school students do drugs, with 64 percent of them juuling.

Scientists from the CDC have categorized juuling as a so-called “epidemic.” To investigate this claim, we sent local reporter Evan Ramirez to interview the principal of North High school, Noah Jones.

ER: Hello, Principal Jones. I’m here to ask you about the now classified epidemic known as juuling. Have you had any encounters with it?

NJ: Nice to meet you, Mr. Ramirez, and yes. I have had several encounters with the new drug recently. Just yesterday I was going to the bathroom and as I walked in I immediately noticed the sweet smell of cotton candy. As I turned the corner there was a circle of freshmen with a cloud of haze above them. As I got closer I noticed that they were smoking out of what to seemed to be a computer flash drive which I later figured out to be a juul. I quickly confiscated the device and took them all to my office.”

ER: Wow, this really does seem to be a problem. Do you feel that juuling has made a negative impact on students learning here at North High School?

NJ: I believe it has. Many teachers have emailed me about the problem, telling me that specific students have not been able to focus because they have been too buzzed from their juul.

Jones later went on to say that they have caught around 200 students juuling this year and a shocking 80 percent of them were freshmen. He believes this is because they all have a desire to fit in and experiment in high school.

Juuling has impacted all high schools across the nation and it continues to disrupt student learning. Scientists believe the epidemic has just started and are working on ways to prevent this from growing.