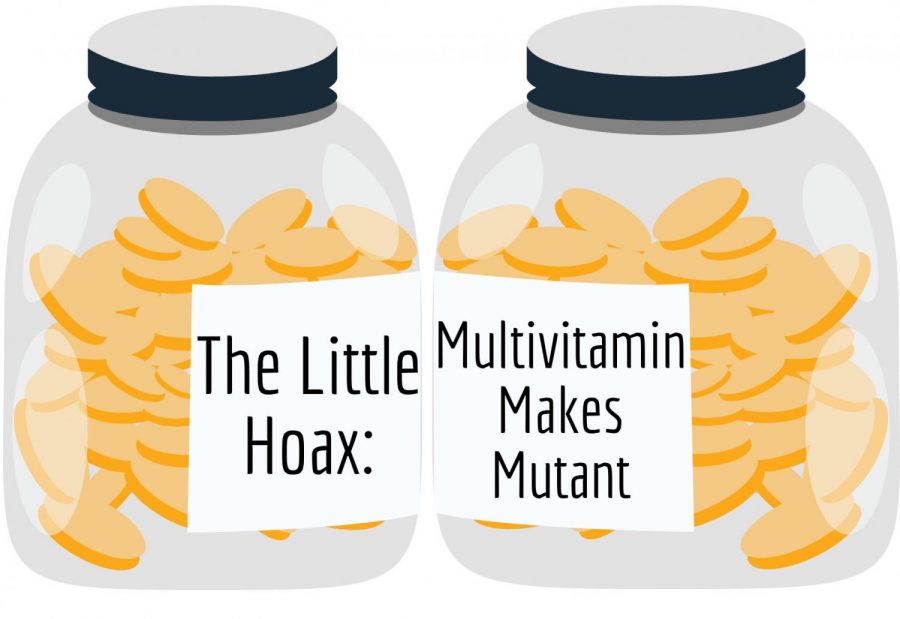 What happens when a supplement becomes a curse?

Trylee Reinhardt ‘19 was having a perfectly normal morning. Reinhardt, like many high schoolers, started the day with the shock of her iPhone blaring an alarm. She groaned and slapped at its screen. She sang as she stepped into the shower, trying to let go of the stress that came with college applications; she stepped from the shower, patting her face dry. Then she screamed: a fly the size of a tennis ball was lying on her bathroom linoleum.

“It was just there!” Reinhardt said. “I hadn’t ever seen anything like it. It was the kind of thing you read about in Michael Crichton novels–Michael Crichton? You know, like, uh, ‘Jurassic Park?’ Okay, well, never mind.”

Reinhardt immediately called Animal Control. She donned “a pair of sweats and a jank T-shirt” and ran outside.

“I was so [expletive] scared, like, it was insane,” Reinhardt said. “I didn’t know what else to do.”

After Animal Control removed the fly from Reinhardt’s home, she said she found an open bottle of multivitamins on the floor. Reinhardt had purchased the multivitamins a few weeks before but had forgotten about them until that morning, when she planned to take one.

“I opened the bottle, but decided to wait to take the vitamin until after I had breakfast. The fly must have gotten at them,” Reinhardt said. “Now I’m glad I waited! I knew vitamins were strong, but I didn’t know they could do that.”

Dr. Sharon Supple, a pharmacist who works behind the counter at the First Street My-Tee, said that some multivitamins can have enormous consequences on people’s bodies–literally.

“I’ve seen people who have never weighed over 100 pounds gain six inches in height and 50 pounds of muscle in just a few weeks,” Supple said via telephone. “I’ve never seen a case like this, but it is entirely possible that a fly’s pituitary gland could be even more overstimulated by this kind of supplement than a human’s. It’s unknown, but I doubt it’s unheard of.”

Reinhardt said that she purchased the vitamins–marketed as a “women’s supplement” by Earth Tree Muun, an organization that makes “natural supplements and vitamins from a host of nutrient-rich organic all-natural sources,” according to its website, from the small pop-up co-op that mysteriously vanished from the park near Reinhardt’s home after she purchased the supplements. Earth Tree Muun did not respond to a request for comment.

“I’m just glad it wasn’t me who swelled up to ten times my size,” Reinhardt said. “I hope other people make sure to check up on the supplements they’re using. FDA-approved vitamins are the way to go for me from now on.”