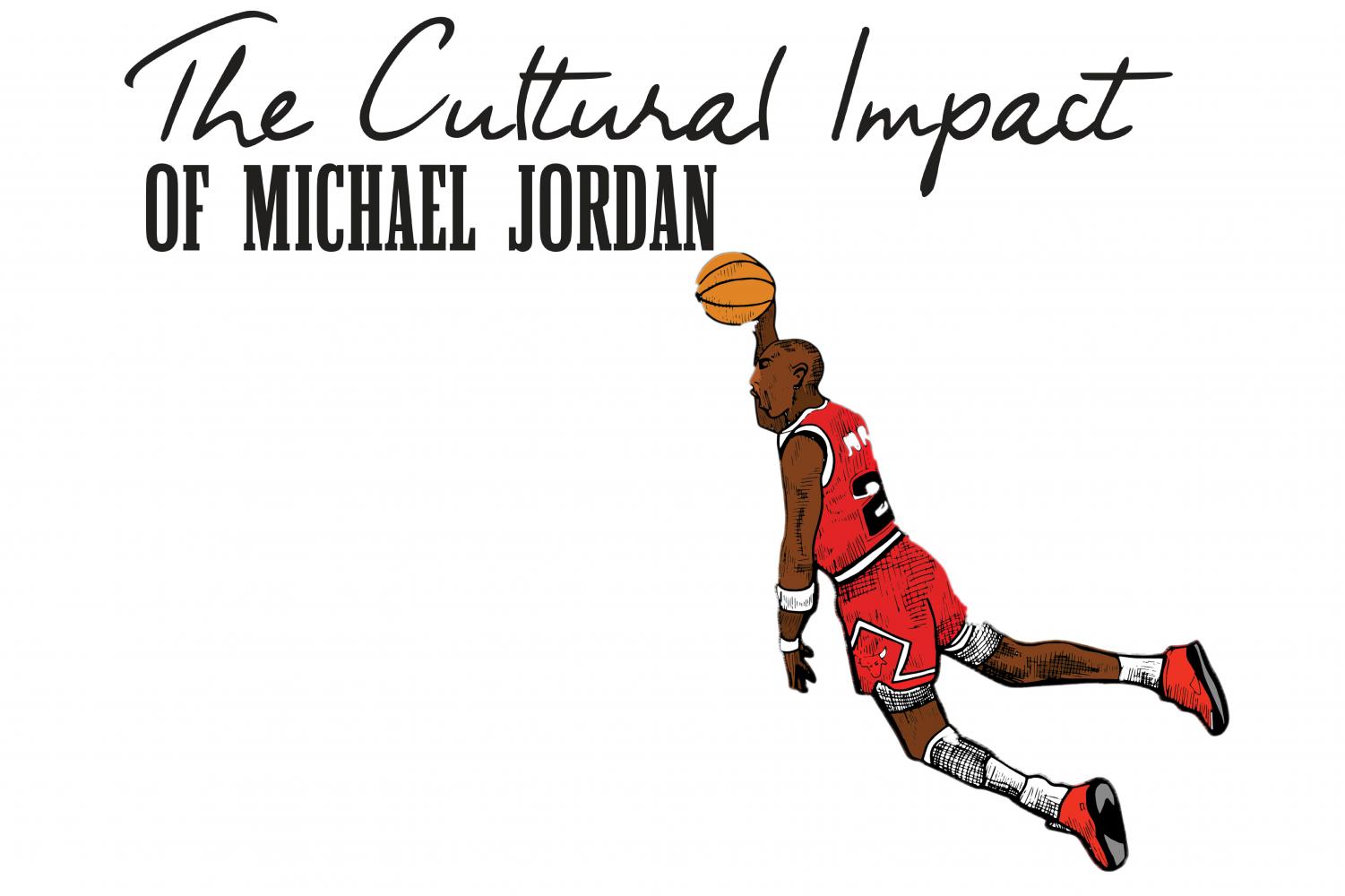 The Impact of Michael Jordan

Today, Michael Jordan is a household name. Many consider him to be the greatest basketball player of all time. His skills on the court, the way he dribbled the ball, and his legendary dunks– Michael Jordan was and still is the man every child and adult aspired to be.

“Personally, I think MJ is a wonderful Black male role model, and I think that he worked very hard,” Aurthur Connell a custodial worker at City High who was born in the era when Jordan played, said. “Black males should follow his lead.”Michael was an aspiration for any person who watched him. He showed in the purest way possible that hard work will lead to achieving your goals.

“Not just his play, his whole way of being was just something to aspire for other athletes and young children,” said Carrie Watson, a Government and Sociology teacher at City High. “I think he worked hard, he loved athletics, he loved basketball, but he was a baseball player too. He wanted to [be] the best in everything he did.”

Michael Jordan has inspired many people in terms of business. He is the representation of Black power in economics. He is also the CEO of the Jordan Brand, the only company affiliated with Nike that has several African-American presidents.

“For my era, it was the shoes, Jordans. They were wanted by everybody: every kid, and every adult. That impact that he had on the Black community was huge,” Nimmers. “People get killed, jumped, and beat up for the shoes.”

The infamous Jordan shoes came with cons. Many people wanted the shoes, causing them to be extremely expensive. The film “Kicks” showcases the dangers that a pair of Jordans can cause. The film is about a 15-year-old, Brandon, who buys a pair of Jordans believing that they will help him flee the reality of being poor. He later becomes a target when a man in his neighborhood steals his shoes.

“I’m looking at it from the outside in, but I do know that the Jordan shoes were the first shoes in the 80s that came out that were really really expensive, like two, three times more expensive,” said Watson. “I saw kids, for a label, asking their parents to do and buy things that were beyond their means, because of the association of a man with the shoes. Was it the man or the label?”

Another criticism that Jordan has had is not using his platform to take a social stand or speak on issues occurring in the world. Many people believe that he was not enough of an advocate and he did not speak out enough. They believe he cared too much and more about basketball, money, and his career more than he did helping his own community.

Jordan is many times compared to Lebron James, who is tremendously passionate about his career and legacy as a basketball player. In the summer of 2018, Lebron James opened the I Promise school, a public elementary school in his hometown of Akron, Ohio, specifically aimed at at-risk children who live in impoverished neighborhoods. Lebron James has also spoke about the killings of Michael Brown, Eric Garner, and more. Consequently, he has received criticism from many people such as Fox News anchor Laura Ingraham, who told James to “shut up and dribble.”

“LeBron James has more of a connection and does more advocating for the Black culture and the community. He almost always gives back to his community no matter what city he is playing for in the moment. He stays in contact with those different cities and communities], making sure the connection and relationship he has with them is still strong and health[y],” said Nkumu. “People respect him for what he has done for the Black culture and community. Him being the greatest players…and being able to balance advocating for the Black community as well. A lot of people to have a great deal of respect for him for that.”

On the other hand, criticism, like the comments Ingraham made about James, is something that many people, especially celebrities are afraid of, worrying that the criticism will cause harm or even end their money and career. “In this society, if you talk to much on social issues, especially when you get to [a] certain level, you become the issue,” Connell said.

Nimmers agrees., tying to the incident with Colin Kaepernick, who was also hated and criticized by the public. Even when Kaepernick was promoted by Nike, many people on social platforms such as Twitter and Instagram were burning Nike shoes and products because Kaepernick was Nike’s spokesperson.

“His main issue was not to disrespect the flag or go against the military. He wanted to bring justice for minorities who are being unlawfully arrested, shot and killed by police officers,” said Nimmers. “Now when people bring him up, they do not talk [about] what he is kneeling for. They only talk about what he is doing which is, ‘You’re disrupting money, you’re disrupting the NFL, and we can’t have that.’ That is payback

Kaepernick. When you start making people uncomfortable and talking about social issues stuff, then it’s like, ‘Wait a minute, why is he even talking about that? Just be a football player.’ They [Black athletes] know they can’t do what the average white athlete does. They know it’s a slap on the wrist for them, but if they were to do that they would likely lose their job, and money, and endorsements. Connell believes that because of the backlash and criticism that a successful person should not speak on social issues. He believes that when a person, especially from the Black community, begins speaking up, their own people will begin to bring them down.

I learned [from] my own experiences it’s very hard as you financially rise. It’s hard to stay in that same community, because your own will not let you stay there peacefully. So you can’t fault people once they start moving up and to gradually move on. All of that’s not on them, a lot of that is on our race.”

“Personally, what a lot of people don’t understand is any Black male or female who make it very very well financially, you have to move up and out, because our own will bring you down,” said Connell. “There’s always someone trying to pull game, trying to get over, trying to think that you owe them something because you made it and they didn’t. I learned [from] my own experiences it’s very hard as you financially rise. It’s hard to stay in that same community, because your own will not let you stay there peacefully. So you can’t fault people once they start moving up and to gradually move on. All of that’s not on them, a lot of that is on our race.”

Nimmers has an understanding for both sides that celebrities take. “I am not knocking the ones that do it and I am not knocking the ones that don’t, but I understand the ones that don’t because they are already [under] the microscope,” said Nimmers.On the other hand, Watson believes that it is not only the duty or responsibility of celebrities but also members of the community as well. “Our entertainers and our athletes become spokespeople of the Black community, I don’t think those are the best spokesmen of any community,” said Watson. “Where are the teachers, where are the nurses, where are the doctors who are in the Black community and do great things too?”

Nkumu puts herself into the both Lebron James’s and Michael Jordan’s situation. If she were to become a professional basketball player, which example she would follow?

“I don’t know. I would probably be in the middle [of advocating],” Nkumu said. “I wasn’t brought up in that strong of Black culture. My dad is African, from the [Democratic Republic of Congo], but my mom is also White. I [am] kind of 50/50. I could see both sides but I don’t have the same experience. The things that they went through, I didn’t go through. I don’t necessarily know what everybody’s been through, but I think I could still provide a voice for [The Black community].”