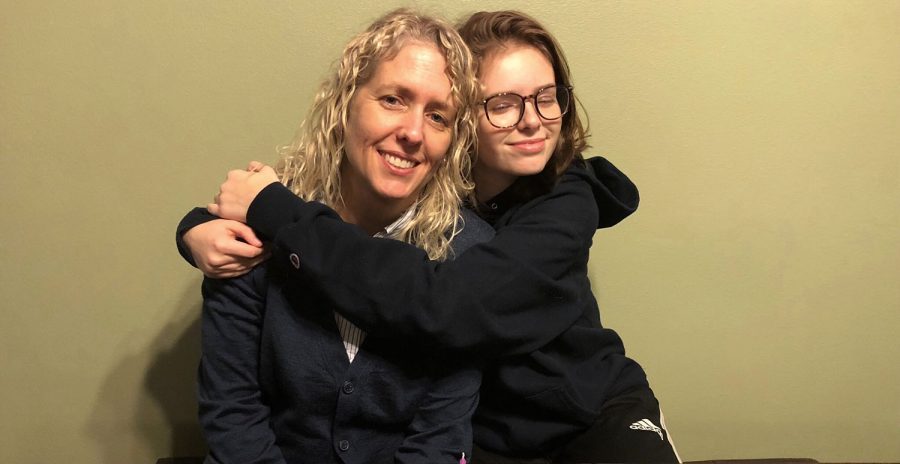 The deaf community has made numerous contributions to the world, yet Deaf culture is often over looked by many

The term, “Deaf culture” is something most have never even heard of. Most people don’t realize that it even exists. People have heard of, and are familiar with, terms such as pop culture, Black culture, and jazz culture. Deaf culture, however, is something that isn’t often recognized nor studied, though its impact affects thousands of lives on a daily basis. To fully explore the world of deaf culture, we must first understand what exactly it is. According to Introduction to American Deaf Culture, by Thomas K. Holcomb, deaf culture is a tight-knit community that a deaf person is born into. Deaf culture is known as being an incredibly strong community, filled with resources for people to enhance their visual communication skills, speaking skills, and a place to increase their signing skills.

“Deaf culture is about Deaf people’s own community, language and shared experiences,” said Brenda Falgier, a Deaf professor at the Kirkwood Community College.

The traditional way society views deaf people is only in what they don’t have—the capability to hear. Not only does Deaf culture accept deaf people, but it actively encourages pride in being deaf. They do not focus on what they don’t have; rather, they explore the community surrounding them, making their own version of the world. Some people refer to this “different world” as Eyeth. EARth is described as the place where people use their EARs to communicate, and EYEth is described as a world where people use their EYEs to communicate. Using this terminology, people in the Deaf community bond and feel more connected to each other. Another important fact about deaf culture is the difference between Deaf and deaf. Deaf (capital d) is a general term used to describe people involved in the deaf culture. This includes all people, regardless of how much that individual can actually hear. The word deaf (lowercase d) is a word used to describe a person’s lack of hearing.

Even though people in Deaf culture are extremely close within their community, there is no “initiation” to join the Deaf culture.

“I didn’t just become involved [in Deaf culture] I lived it, that was just my daily life experience, there was no getting involved, it’s a part of who I am,” Falgier said. “That’s my community. For a hearing person, how do they get involved in hearing culture? They just live in it, it’s just their world. It’s the same thing for Deaf people.”

Though Deaf culture is known for being very inclusive, several prominent stereotypes can be linked to this community. Stereotypes are a huge part of life, regardless of who you are or where you come from. They are known to negatively affect a person or group of people, and spread exaggerated or untrue facts about them. Unfortunately, deaf people face stereotypes all the time. For example, when people hear the word Deaf, they often associate it with a disability or the condition in which someone is not able to hear.

When asked about her initial reaction to the word ‘deaf,’ Sierra Josephson 21’ said, “I think of [deaf] as a disability because they are missing out on the ability to hear.”

Josephson’s reaction is very similar to what many people said. The typical view of deaf people is pictured as lonely, isolated individuals with close to no education and no employment. An interesting fact about deaf culture is the difference between Deaf and deaf. Deaf (capital d) is a general term used to describe people involved in the deaf culture. This includes all people, regardless of how much that individual can actually hear. The word deaf (lowercase d) is a word used to describe a person’s lack of hearing. Though this kind of terminology is not widely practiced, it still sets the Deaf culture apart from other popular groups in the community today. In reality, being Deaf is so much more than the stereotypes that society exhibits.

“Hearing people tend to be more surface level [in conversations],” Falgier said.“Deaf people want to really get into things and talk about the details.”

Stereotypes against deaf people have been part of Deaf culture for years. Deaf people however, have developed their own opinions and thoughts on hearing people throughout the years. In the book Introduction to American Deaf Culture, the author Thomas K. Holcomb asked his deaf students how they think hearing people differ from deaf people.

Most people recognize the name Graham Bell for his accomplishments involving inventing the first telephones. America views him as a hero. In the world of Deaf culture, his name actually brings an antagonist’s perspective to the way people used to view Deaf culture. To many peoples surprise, he is actually an evil character in the history of deaf culture.

Alexander Graham Bell once said, “We need to teach deaf people to forget that they are deaf.”.

During his lifetime, Alexander Graham Bell made himself known as an accomplished inventor and scientist, as well as an extreme oralist. Being an oralist, Bell believed that deaf people shouldn’t use sign language, because it marked them as “different.” This is very surprising, when you uncover the fact that his mother and wife were both Deaf. Mabel Gardiner Hubbard, the wife of Bell was his student and one of the first deaf children in the United States to be able to lip read and speak. Many deaf people prefer not to speak to hearing people as it implies a two way form of communication, while the deaf person cannot actually hear them.

Bell believed that signing prevented deaf children from learning how to speak. He also supported schools where deaf children were taught how to lipread, use rhythm, and speak. Bell taught at a school in Boston and was determined to provide deaf children with a language they could use to better communicate with others. To accomplish this, Bell took to oralist methods of teaching. This involved using mouth vibrations, mouth shapes, and lip reading through immense repetition. The goal in this was to provide deaf children with the abilities to communicate using speech and lip-reading rather than sign language. In reality, less than 20 percent of Deaf people can lip read. Why lip reading is so difficulty is because letters look very similar on the lips, when in actuality they make very different noises. Most schools that taught these methods were opened in the 1860-70s, many of which were boarding schools.

In addition to Bell’s impact on deaf education, he also believed that deaf people shouldn’t get married, so they wouldn’t have deaf children and pass the ‘defitient’ genes to another generation. This concept was entirely false. 95 percent of deaf children’s parents are hearing and most deaf parents have biological hearing children. Many deaf children during this time period went to speech therapy, in the hopes that they would be able to speak like a hearing person. Some children had lots of success, but others didn’t. Sometimes the speech therapists would accuse a child of being lazy or not trying if they couldn’t advance as fast as the other children.

“My therapists would say, ‘You told me you were going to practice right? Then you’ll be able to talk like a hearing person.’ But I was fed false information,’” said Falgier.

In these speech therapy sessions, children were often excluded if they couldn’t speak as well as the others in the class.

“The students who did very well speaking would be chosen to be part of a play or skit, and those of us who weren’t very successful would be left out,” said Falgier.

In the early 1800s, education and training opportunities for the deaf were very limited. Parents of deaf children were unaware of the capabilities of their children and did not know the best way to get their children an education. Deaf people did not know all that they could do or what they were possible of. It was understood that deaf children were incapable of receiving an education at all. This all changed in 1817 when Thomas Hopkins Gallaudet opened the first permanent deaf school in America in Hartford, Connecticut – the Paris Institution for the Deaf. This school only had seven students and one teacher. Though the Paris Institution for the Deaf was recognized as a small school, it acted as the building block for future deaf schools and colleges across America.

Many deaf schools in the past used the method that Alexander Graham Bell supported, the oralist method of teaching, and did not teach sign language to deaf students. Most outlawed the use of sign language completely. One school that used similar methods and rules was the Clarke School for the Deaf. Teachers and professors at the Clarke School for the Deaf used speech training as the main education method for deaf children. Not only did this prevent children from learning their native language, sign language, but this also prevented deaf teachers from being employed at schools that taught using oralist methods.

Deaf culture has influenced millions of people around the world, hearing people and Deaf people alike. One example of this connection is something that lots people have heard of and taken part in. The football huddle. The huddle was invented at Gallaudet University in Washington D.C. by a man named Paul Hubbard. Gallaudet is a school for the Deaf and the hard of hearing. Paul Hubbard played football at the university in 1892 and came up with the huddle. The team would huddle and sign to each other so the other team, who were also deaf and knew sign language, couldn’t see the plays.

This method spread rapidly throughout the football community. The huddle is now a staple in professional and college level football leagues. This tactic benefited both deaf and hearing players. However, football is not the only sport affected by deaf players and sign language. Another sport is baseball. In the game, the umpire will call balls, strikes, being safe or out with not only their voice, but also with their hands. Dummy Hoy was a deaf baseball player who played for three different teams during his time in the majors. Hoy was the reason that the umpires started using their hands to call the plays. Hoy went on to umpire games for Deaf teams, and is now an important figure in the deaf community.

Nowadays, society believes deaf people are incapable of being independent, and finding a permanent lifetime carer that provides for them and their families. Many Deaf people pursue a variety of different professions such as teachers, scientists, actors, directors, mathematicians, and so much more. If a mother gives birth to a deaf child, it is perceived to the hearing world as a great loss and should be pitted, as that family will face many hardships in caring for their disabled child. In Deaf culture, giving birth to a deaf child is looked highly upon. People also look at children of Deaf parents as uneducated and outcasts in society.

Taylor Falgier, the daughter of Brenda Falgier said, “I don’t think that my family relations have been affected by them being Deaf because I’ve never experienced having a hearing family. I’ve only ever had a Deaf family and they’re pretty great!”

Deaf culture is virtually unknown to the world of hearing people. Many don’t know the full extent of the impact and history of the culture, even though Deaf culture has impacted millions of lives around the world, and done numerous things to make this world a better place for both hearing and Deaf people.