Boys Should Pierce Their Ears 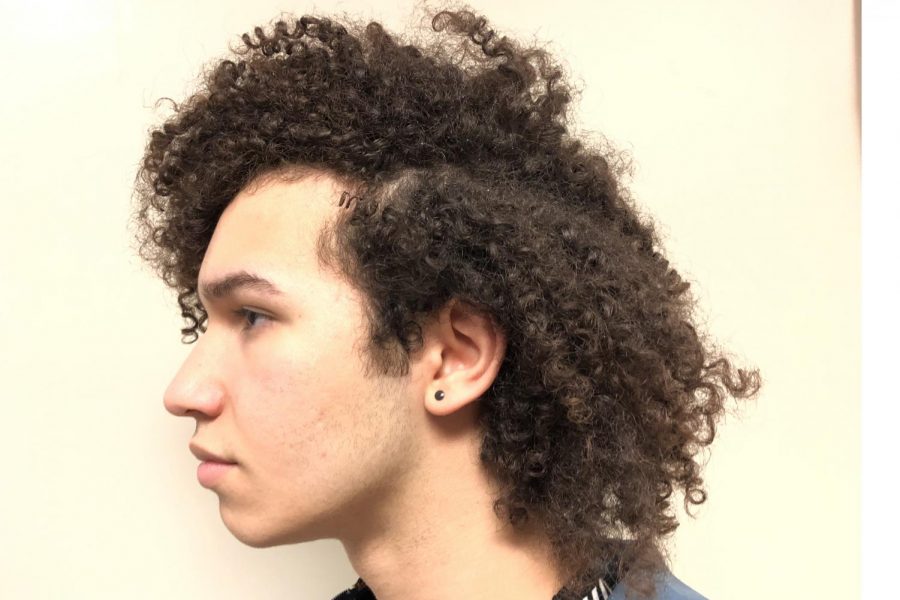 TJ Murphy '19 poses with a side profile and a visible earring.

In Iowa City, Iowa, it is becoming more acceptable for men to embrace fashion that is generally considered feminine. Little do people realize, piercing your ears is not something men should avoid, but something that more men are picking up. Recently, fashion for men has been shifting to more styles and options that are traditionally less masculine, such as skirts on men, and bright noticeable colors. There has also been a surge of men wearing makeup and painting their nails.

Popular public figures and celebrities have also been shown to wear feminine clothes. Notable hip hop artists like Tyler the Creator and Jaden Smith also are advocates for feminine men’s fashion. Jaden Smith is known for wearing and modeling in skirts, and Tyler uses bright colors and flowers typically associated with women’s clothes in his own fashion line, Golf Wang. A common issue that lies at the center of male culture is the concept of hyper-masculinity. Hyper-masculinity is the idea that men must express masculine features, such as the way they dress, being overly aggressive, and trying to fit into typical male gender roles. Any divergence of this and you risk being made fun of by other men for not being masculine enough. This can be very damaging for both those who practice masculinity and those who are targeted by it. Hyper-masculinity breeds insecurity. Our culture is shifting away from hyper-masculinity, the behavior and style of our celebrities portray that perfectly. Even recently, celebrity Jonah Hill has talked about taking a stance against hyper-masculinity. He plans to create films that attempt to challenge traditional masculine norms.

Another thing that is happening in our culture that shows a shift away from hyper-masculinity is the increase in spokespeople and companies speaking out against it. A Gillette razor ad was recently aired that took a strong stance against toxic masculinity, which many viewed as brave, but just as many disliked. The video contained many men standing up against stereotypes and aggression that for a long time, our culture promoted. The idea that men could get away with things like sexual assault and being violent, just because they are men, should be considered a thing of the past. The stigma against men embracing feminine styles and culture, while not nearly as bad as it used to be, is still present in the U.S. As more and more men begin embracing traditionally feminine things, such as ear piercings, will slowly become more and more acceptable. To stop the stigma, men must band together and create a new social standard, full of ear piercings.