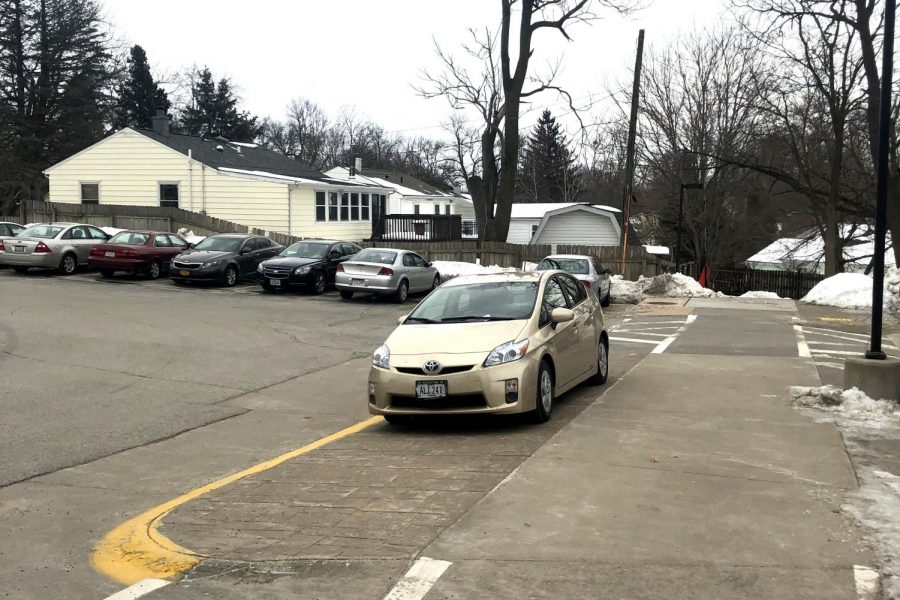 With giant mounds of snow, and ice cold weather, students have resulted to participate in an abundance of illegal parking, some being in the teachers lot. In response, administration has announced illegally parked cars will be towed.

“Stay out of the the teacher’s lot or we will tow your car,” Scott Jespersen, assistant principal, said.

Students continuously illegally parking to due the lack of parking spaces and long walk from the lower lot.

When asked about City’s parking situation, Jespersen responded that students had a point, and that “He’s working on it.”

Noah Bullwinkle ’20, a junior at City High is frustrated with parking.

“I don’t want to walk up from the lower lot because a freshman took a spot that supposed to be reserved for upperclassmen, the renovations next year will be taking away the ‘Jock Lot’ spots, not adding.”

The future of parking at City is uncertain with the new construction starting.

“People won’t want to walk up from the cold, and no one wants to show up early for school just to get a decent spot,” Bullwinkle ’20 said.