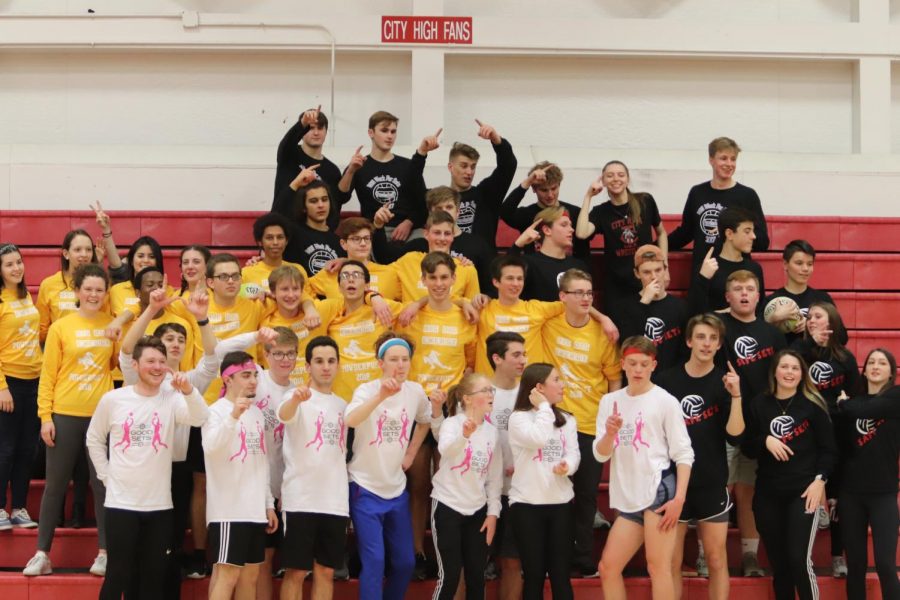 After months of delays, four teams gathered in the CHS main gym for a chance to show off their volleyball skills. The annual powderpuff volleyball tournament had its second year on Wednesday, and it generated a huge amount of excitement.

“It was a really awesome experience,” Younes Rouabhi ‘19 said. “When the event was originally scheduled we were eager to get back into it. [Coming] back with a vengeance also played a role.”

After a tough loss last year, Rouabhi’s team Big Dig Energy practiced twice a week in the months leading up to the tournament in order to fine tune their skills. Their hard work allowed them to place second in the tournament, losing to the winning team Safe Sets.

“At first I was looking at the competition and they seemed pretty good,” Gabe Baird ‘21 said. “But after a couple of serves I thought we might actually win this game.”

Safe Sets played a close match with the score being tied up until game point, when Safe Sets spiked the ball the take the win. The junior team Good Sets came in third, with Will Work For Sets placing fourth. But even after the regular matches had ended, the teams continued to play each other, caring little for overall place.

“Ten years from now, I’m not going to remember what place we got,” Yasar Hassan ‘19 said. “I will remember when particular team mates would tell me to calm down and get back in the zone, or focus up, and that was always really nice. No matter how hard you try at something you don’t always succeed, but you’ve just got to keep on looking forward in life.”