We Can’t Wash Away Bush’s Legacy 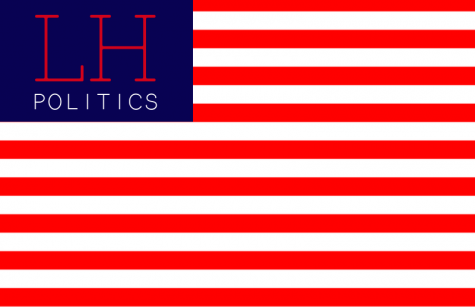 The politics blog of The Little Hawk.

March 19, 2019 marked the 16th anniversary of the Iraq War, one of the most costly wars in history, both in money and lives. Yet discussion of the Iraq War and George W. Bush’s role in it has become relatively sparse and there’s far less discussion of it than is justified for something of its magnitude which still affects the world today. In fact, rather than being critical of the war, in recent years people have attempted to rehabilitate the image of George W. Bush in the age of Trump.

In a recent poll taken to measure the popularity of presidents, Bush got 61%, a 28% increase from when he left office, representing rose-colored glasses about Bush’s legacy. This change in perspective on Bush, especially among Democrats, is because in the age of Trump they view any Republican president that isn’t Donald Trump as an improvement due to the dire nature of the current presidency.

However, this view of the world fails to acknowledge the horrors that occurred under the Bush presidency and how those events still affect the world today. Besides the Iraq War, Bush enacted many policies and made many statements that still  shape political discourse in a negative way a decade after he left the presidency. He passed the No Child Left Behind Act which, regardless of intent, negatively impacted the school system by making schooling just about standardized tests and meeting certain benchmarks instead of improvement for all students and preparing them for later in life. He also began the groundwork for spreading anti-immigrant rhetoric and Islamophobia which has become the cornerstone of politicians like Donald Trump.

But the most costly of his mistakes is the role he had in starting and continuing the Iraq War. The Iraq War started in 2003 and since then, it’s estimated that over 1.5 million people have died and the United States has spent over one trillion dollars on the war. Further, many of those who died in the war weren’t actually armed combatants. They were civilians who were killed in US attacks with air strikes and drones which killed indiscriminately. US soldiers didn’t only kill civilians in air strikes, but also murdered unarmed civilians in addition to torturing prisoners, constituting some of the worst war crimes the United States has ever committed.

With other national events of great importance, from 9/11 to the American Revolution, their anniversaries are widely spoken about and the effect of them are spoken about well after the event takes place. But this same treatment doesn’t exist for the Iraq War, which has plunged the United States into terrible debt and taken the lives of over a million people. We can’t forget tragedies like the Iraq War and we can’t let their perpetrators reform their image like George W. Bush has. No matter who is in the White House, we must acknowledge evil in our history or else we are bound to excuse the actions of warmongers and authoritarians, all in the hopes of making current political enemies look worse in comparison.