The Process of Creating Films for Film Fest Has Begun 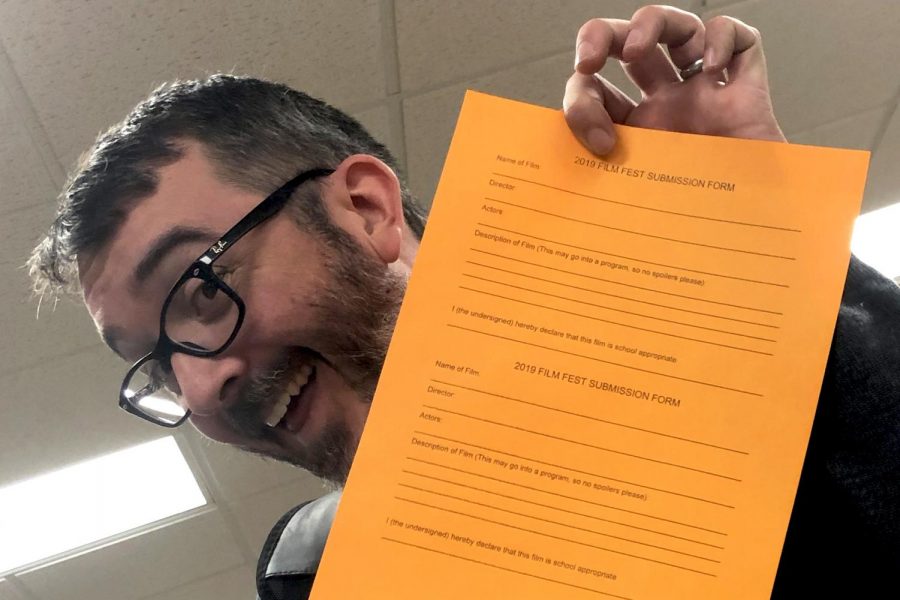 Film Fest is May 10th, and students have started gathering their ideas and filming videos. This year there is a wide variety of films being submitted, from Minecraft to a one-man reenactment of 50 Shades of Gray.

“It is a spin of Homer’s Odyssey.” Thomas Mcmillan ‘20 said. “We took a more modern spin of it, and turned into a current day creation of minecraft.”

Kelby Anderson ‘20, Oisin Leopold ‘20, and Mcmillan have already finished their filming, and are starting to editing process, for their Minecraft film.

“We filmed the whole thing for about seven hours in one day.” Anderson said. “ We are really looking forward to start editing because that’s when we will get everything to mesh together,” said McMillan.

As they start their editing, Anthony Murphy ‘20 has just started his film.

“I’m doing a one-man reenactment from a scene from 50 Shades of Gray, one of my all time favorite movies,” Murphy said.

Murphy is taking a risk with being both of the characters in his, scene, but is hoping for a comical spin off the scene.

“I haven’t started yet, besides getting my script, because it’s hard with such a busy schedule, but I’ll probably start filming next weekend,” Murphy said.

Even though Murphy is starting later, he is confident in his work turning out great, but has no intentions of winning; it’s all for fun.

However, Tommy Brands ‘19 and Madelyn Pugh ‘19 have intentions on winning Film Fest, with their film Cake.

“It’s Titled Cake, it’s about a woman who discovers non-human people who feeds them cake,” Pugh said. “It’s kind of abstract, and we put a twist on it,” Brands adds.

Pugh and Brands have written out their script and have their actresses ready to be filmed.

“We are pretty excited for it, we haven’t started to film yet,” Pugh said. “But we are nervous for how the audience will react to the twist and if it reads how we want it to,” Brands adds.

Brands and Pugh are confident that their film will be winning the festival.

“We are aiming to win, we are going to win,” Pugh said.

There are many ideas for this years Film Fest, all with some aiming to win, and others just doing it for fun. Many students are looking forward to the festival, and are very intrigued to see what students come up with.