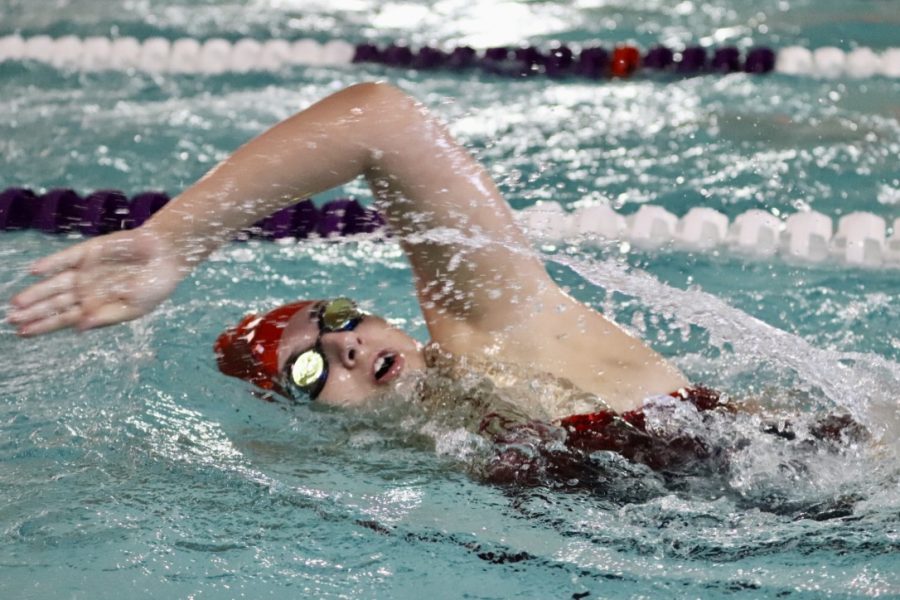 The Little Hawks won against the Linn-Mar Lions for the first time in years. The final score came down to whether the varsity athletes in the last event, the 400 freestyle relay, would get first.

“It was so exciting,” Trinity Sadecky ‘20 said. “Jesse [Hausknecht-Brown] hit the wall and we all just screamed.”

The team won 95-90, a close lead that was confirmed with the win of the relay. Sadecky started off the relay, followed by Averi Loria ‘22, Carly Weigel ‘20, and Jesse Hausknecht-Brown ‘21 anchoring. Each of the girls completed their part of 100 yards freestyle at the end of the meet.

“It was a good feeling because the whole team really wanted to beat Linn-Mar,” Hausknecht-Brown said. “It was nice just getting to finish off the relay I was on with my friends.”