A team of experienced and younger members looks to replicate the success found by last year's team. 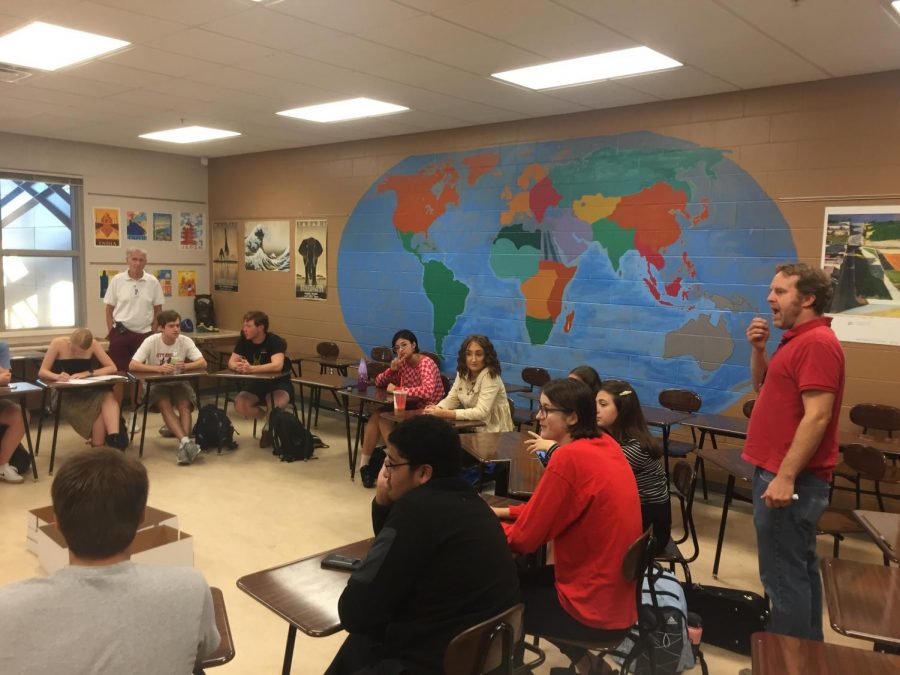 Assembling desks in a circular fashion, current and new members of the mock trial team met for the first time in room 2303. Coach Jason Schumann discussed tentative plans for the year, the removal of practice problems, more intensive training on certain subject areas, and the differences between last year’s civil case and this year’s criminal case.

Dylan Ryfe ‘20 has been on the Mock Trial team for two years. As a witness, he has been working on various skills during the off-season to prepare for the upcoming case.

“It’s mostly about character-building and getting into the flow. You have to adapt it from the script into a real-life character,” Ryfe ‘20 said.

While Mock Trial has lost their senior team from last year who placed fifth at the state tournament, they are unconcerned.

“We have both a terrific team of seniors who have been doing mock trial for two years, and a team of juniors who started as freshmen,” Schumann said. “I think we really have the experience that’s critical to achieving mock trial success.”

The team also has many goals with the younger blood on the team.

“We want to try and incorporate the new blood into mock trials, so we hope to develop a new team of sophomores and freshmen who haven’t done mock trial before,” Schumann said.

On a competitive note, the team is striving to beat its rival, Marion Homeschool, who bested it last year at the state tournament in a split ballot.

“Last year, we competed against a team which spends a significant amount of time every day on mock trial. They are very, very worthy competition,” Schumann said. “At the regional competition, our senior team from last year split ballots with them, so we were that close to beating the team that ended up getting fifth in the nation.”