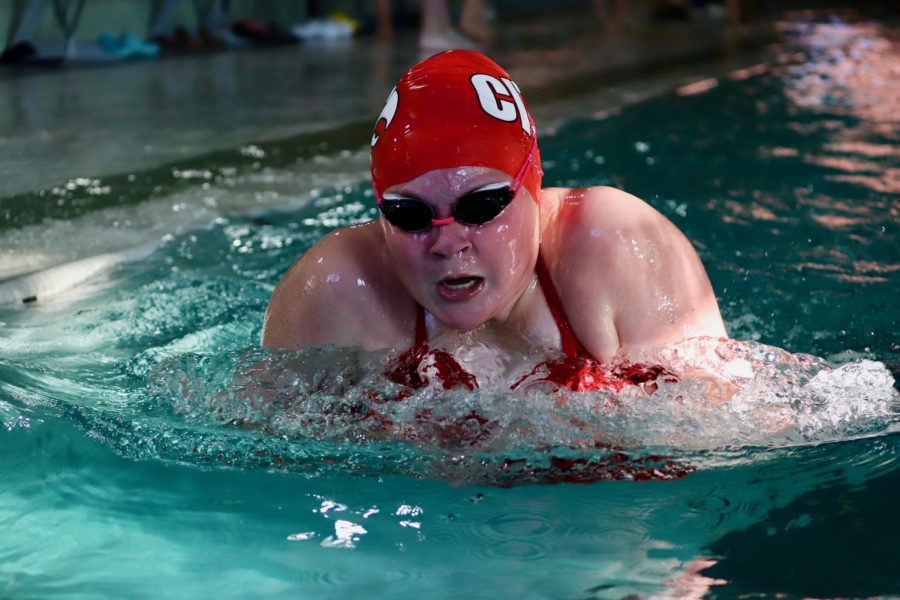 The Little Hawks swam against the Trojan Bolts in a dual meet on Tuesday. The West High varsity swim team won 120-66 against City High, with West junior varsity winning 135-41.

“It was a closer score than it has been [in past years],” Avery Wilson ‘20 said. “We were really loud, and I think we all had a lot of fun cheering everyone on.”

“I had a lot of fun racing against West,” Sadecky said. “I know many of the swimmers on their team, so it was nice to see them. It was a good energy.”