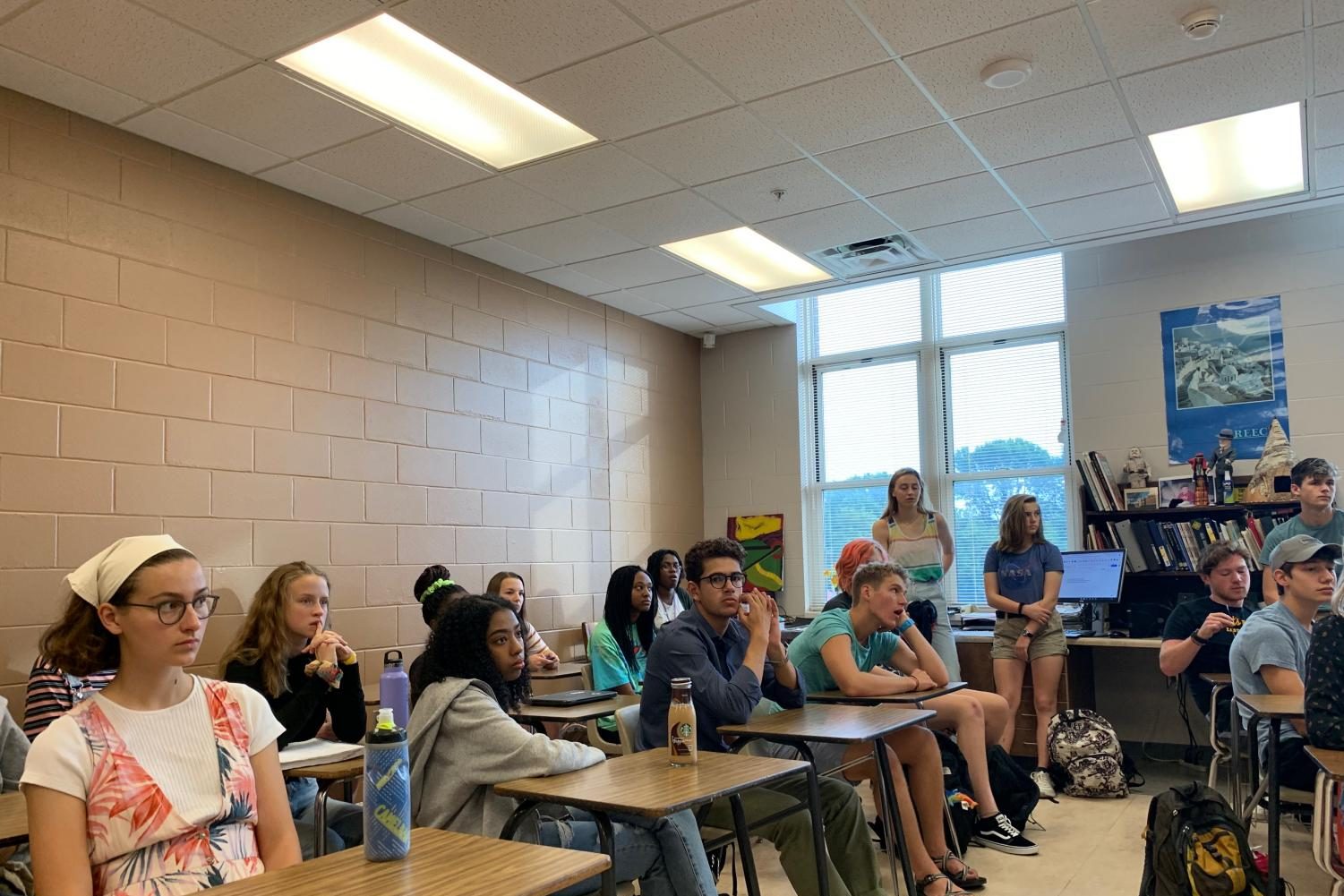 Student senate meeting on 9/11/19 discussing what to do about the gender categories policy for homecoming.

Since last year’s student senate meetings, Phil Tyne ‘20 has been pushing to abolish gender categories within City High’s Homecoming Court. Not until the first student senate meeting of the 2019-2020 school year has there been discussion on implementing it. Much discussion occurred, with many students voicing their opinions on how to implement a new system. On September 4, student senate voted to abolish gender categories when voting for Homecoming Court. This would mean that rather than seven girls and seven boys being voted onto the court, simply 14 deserving people, regardless of gender, would be voted on. The same would go for the “King” and “Queen.” However, the Sunday night following that Wednesday’s meeting, pushback occurred. Different posts on social media started circling, criticizing the decision made by the student senate.

“To me it just felt quite ridiculous because getting so upset over something that would help people just seems counterintuitive to me, especially to our school, our community,” Tyne said.

Not only was there criticism to the student senate, but also to The Little Hawk, with some posts using the hashtag ‘no more liberal hawk.’

“I want to make very clear that I wear many hats, but they’re all different hats,” Mira Bohannan Kumar ‘20, who is not only the student body president but also the executive editor of The Little Hawk, said. “I’m not the type of person who will try to leverage my power in one situation to make good on something else. I wish that there was some way that I can perform both these roles without being the same person, but I can’t. The people elected me to be student body president, and people appointed me to be executive editor.”

Many discussions were held whether or not to have an emergency meeting and how to proceed. Ultimately, due to time constraints, Bohannan Kumar decided to wait till the next Wednesday’s meeting to discuss the issue. The meeting was widely publicized and students who disagreed with the decision were invited to both speak and vote. At the meeting, many students spoke about their views. Some claimed the change would create a more inclusive Homecoming, whereas others argued that the decision was made without the knowledge or representation of the student body. The meeting’s turnout had dozens of students filling every chair, lining up against the wall, and standing in the doorway to take part.

“I liked the fact that the topic that we were embracing really generated a lot of interest. We had probably 50 or 60 people in a classroom, so I hope that continues, and that interest can be in a lot of other areas, not just Homecoming,” Mrs. Melanie Gibbens, a U.S History teacher and one of the sponsors of student senate, said.

Eventually, after a heated debate, Bohannan Kumar called for a vote.

“When we came into the second meeting, which I had opened up and promoted and posted about to include more people, it became clear that people were just interested in the process and wanted to be a part of it,” Bohannan Kumar said.

The senate voted almost unanimously to keep the previous decision.

“I’m really happy. I’ve been working for it since my freshman year, so the fact that it got accomplished in my senior year is kind of a big deal,” Tyne said.

While there still are people who are unhappy with the decision, it is final.

The homecoming court was voted on the following week, with the changes being implemented. Following the circulation of a ticket of 14 boys, nicknamed “BroCo,” 13 boys and one girl were voted onto the court.

“I’m really impressed with how thoughtful and articulate our student body is, and how conscientious they really want to be. I’m just really glad to be a part of it,” Gibbens said. “The great thing about student senate is that freshmen through seniors can be involved and it’s just a great way to show leadership and get involved at the school that leads.”