Marching Band: Why the Theme? 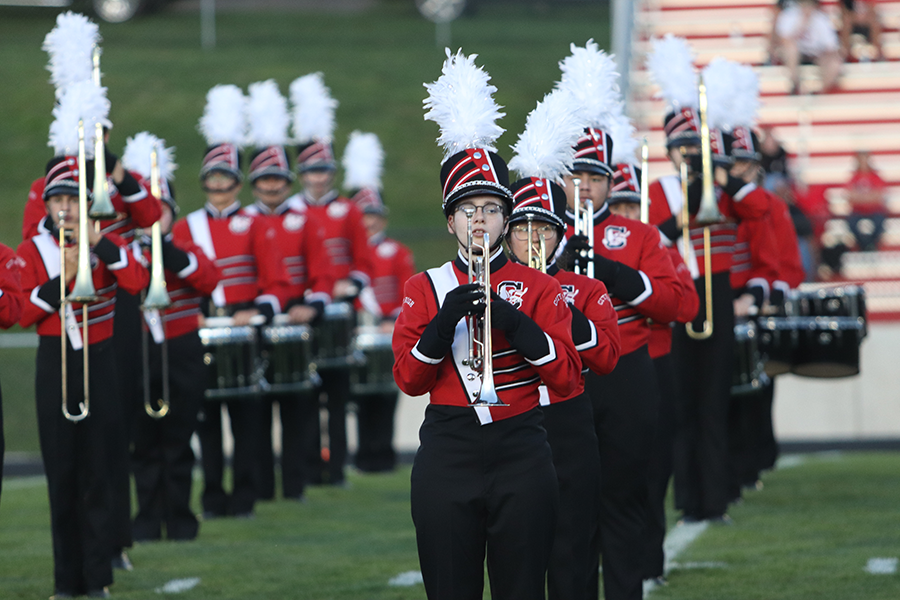 The City High Marching Band has chosen to perform a superhero theme for their half-time show this year. The first two sets will consist of Superman’s Theme and Deigo’s Goodbye, a song from the movie Zoro. Recently, the band has added two new songs, the Spiderman Theme and the Black Panther Theme.

“Superheroes have kinda been a big thing for the past couple of years. And so you really could get some kids into it because you want kids to really enjoy what they are doing,” said Mike Kowbel, one of the band directors at City High.

The band directors came to the conclusion of Superheroes for this year’s theme after much consideration. With Superheroes there was another theme they considered: Cirque de Soliel. However, after a couple weeks of thought, as well as a vote from all band members, they finally landed on Superheroes.

“Usually when we choose a show we listen to a bunch of music and think about themes, and then from there we like to think about two different things that the kids might like and so the two options we landed on was Cirque du Soleil and superheroes,” said Kowbel. “After that, we kinda just scoured the publisher to find good arrangements and we found four tunes that worked well together.”

Despite the City High Marching Band having done the same theme in the recent past, Ottmar is confident that the songs and sets that were chosen are different enough to not have any sort of conflict. He also believes that the general timing for music

“This general theme had been done around six years ago. I think it was a completely different music set though. I don’t think that really conflicts and to be honest, if you look back at what city high has done through the years you’ll see that we have done Beatles and Elton John numerous times. There is just some sort of stuff that you’ll see in the music world.”

This year the directors changed many of the rules, jargon, and practices from last year. This of course caused a lot of confusion among the students, however, after a few days had passed, both directors saw an improvement from last year. This boils down to how the new system streamlined the marching practice, as well as helping create clear instructions.

“I think our goal this season is to elevate confusion and chaos,” said Aaron Ottmar, the other half of City’s band directing duo. “We have also discussed different ways of teaching marching band so everyone feels more comfortable. Ultimately, the goal is to help people feel better as marchers and there is less confusion, even if it is different, they still know what is expected from them. And our hope is that it also translate into how it looks from a distance and on the field.”

One of the biggest things that both band directors are focusing on is modernizing just how the marching band functions. This can range from a technical end to stylistic choices.

“I think one of the biggest changes we have done is eliminating what is called ‘follow the leaders’ and that is a very 1960 style of march,” said Kowbel. “We are in 2019 and we want our band’s look and style to reflect that. I want us to be current as an ensemble”