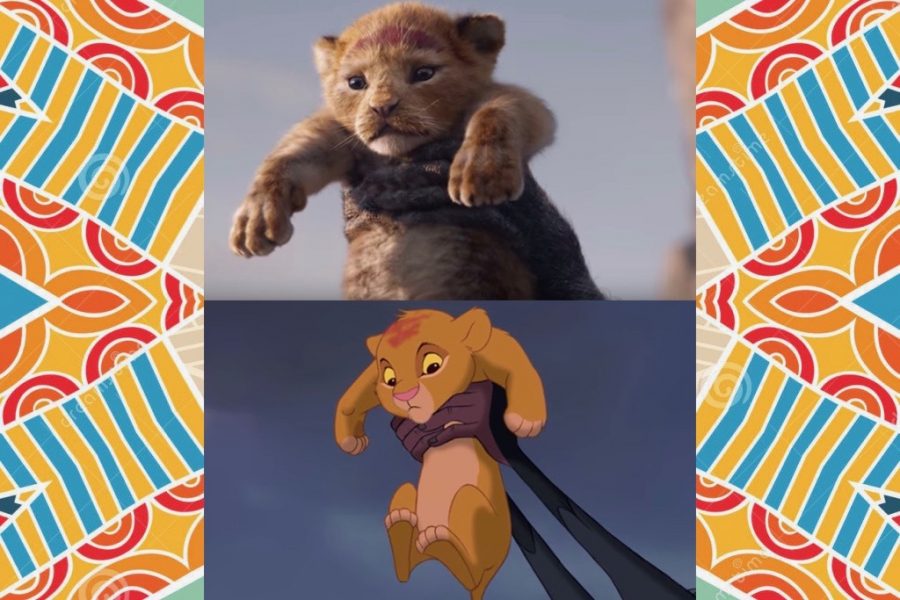 The new influx of Disney live action movies has taken a step too far. I should have realized the implications of new productions when Disney released The Jungle Book again in 2016, but I was woefully unprepared for the amount of CGI Disney would be utilizing in just three years.

Recently, Disney released a remake of The Lion King, and it was a blow directly to the childhood. The beloved characters of Timon and Pumbaa are no longer cute and cuddly cartoon characters, but realistic computer-generated wild animals that are honestly a little terrifying. I did not mind the voice acting, but in my opinion it would have been better to stick with animation when making that many jokes about flatulence.

The recognizable features of Simba, and even Mufasa, were too realistic to connect with. The reason that the first Lion King was such a big hit with children were the anthropomorphic animals. When the remake removed most of the expressions and features that we consider human-like, it erased the connection that I felt to Simba. He was too human for animal sympathy, and too animal for human empathy. Donald Glover is talented, and again, I didn’t have a problem with the voice acting, but rather with the CGI.

Instead of expanding on the world-building that they started with the first Lion King movies, Disney decided to remake the same story with no changes other than making it CGI and switching up the voice actors. I realize that it is basically the story of Hamlet but with animals, and yet I can’t help but feel cheated out of more original storylines. Disney makes this mistake too often. The new Little Mermaid movie coming out is a perfect opportunity to change the storyline enough that it is still recognizable but with different characters. Disney could even add a cameo of the original Ariel, like they do with Marvel movies. Ariel is going to be played by a person of color, Halle Bailey, but unless there are plans to address that aspect of the casting, I don’t think it’s a large enough detail to make a difference. There are so many ways to connect to the audience’s nostalgia without remaking the same stories with the same exact plot. However, they made money on the first ones, and they decided on a formula for success.

With these changes, Disney shouldn’t have any problems adding in diversity onscreen (or arguably in more important places, like behind the camera) or changing the storyline fundamentally to reflect more “female empowerment” messages, like they claim to support. Fleeting mentions of #girlpower are not enough to market an entire movie on. In the live-action Beauty and the Beast, the only clear case for a moment of female empowerment is when Belle is teaching a girl to read and Gaston interrupts them and takes their book away. Not only was this scene never mentioned again, but in that moment where she should have stood up to him, Belle lets Gaston push her around without putting up a fight.

Actually, Beauty and the Beast (2017) was a pretty disappointing experience for me overall. Wooden acting, terrible auto-tuned singing, it just rankled me. Even while watching it in theaters for the first time, I’m sure I annoyed my fellow movie-goers with my furious whispering. The LGBT+ “representation” that they marketed as progressive was nothing more than a footnote that the audience was meant to laugh at. Disney cannot show me 3 seconds of two men dancing and convince me that gay rights are being represented. I did enjoy some of the characters, but it only became interesting to watch when the actors were allowed to make their own characters rather than attempting to follow the original to the letter. It was the same situation with the live-action Aladdin. When Will Smith stopped trying to impersonate Robin Williams and instead made the character of the Genie his own, it became a less forced performance and more enjoyable to watch.

I don’t think remaking the same storyline is enough to satisfy customers in the long run. There are other studios who make more original productions. It feels like Disney is taking the easy way out by reusing the exact same stories.

If people love the live-action remakes, that’s their business. I will probably still go to any new Disney releases that are marketed well enough (how dare they make convincing trailers). However, Disney has a lot of resources, and would definitely benefit from bringing to light new stories while expanding into the live-action market. Stories that have already found success are good for business, but it is important to keep growing their repertoire instead of trying and failing to live up to the expectations the animations gave us.

There is still hope, despite my admittedly pessimistic views. I’m excited for the new Mulan because although they lost Mushu, they seem to be making changes. From what I’ve heard, it’s more of a historical movie than a musical, which is a large departure from the original. If done well, it has the potential to be a great movie that could stand on its own. Disney should take more risks like this. Although I am still cautious about any new live-action releases, I am curious to see what changes, if any, Disney decides to make to their original stories.