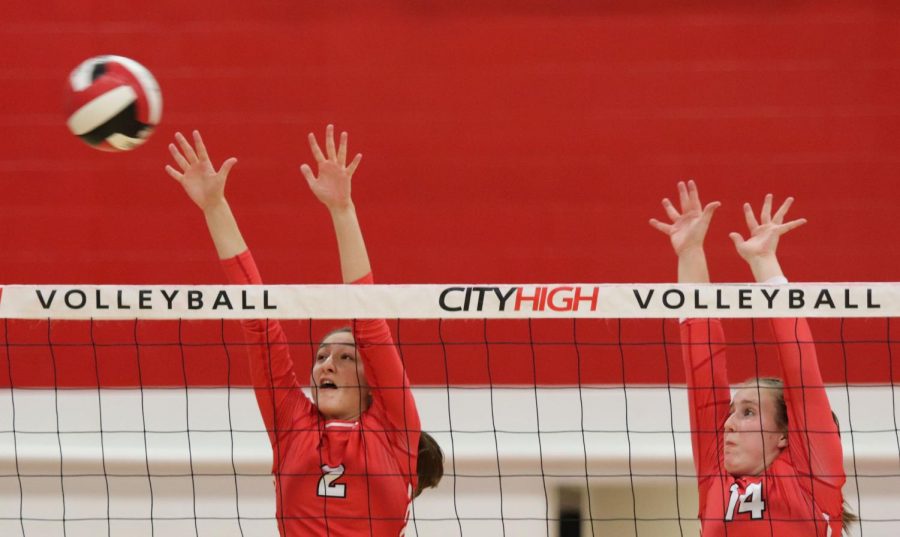 Lindsey Bolton '20 and Emma Nugent '21 attempt to block a hit from West High.

City High Volleyball started on the first step in qualifying for State when they won against West High on Tuesday night with a score of 3-0.

“I really think we have the ability to [make it to state] if we all just play to our best performance,” Kelly Potter 20’ says. “Our team this year has been really encouraging and positive towards one another, it’s a good environment to be at.”

“I felt that we came together more as a team and put the team before ourselves individually.” Caroline Carter 20’ said.

The Little Hawks will be playing at Dowling next Monday in the second round of qualifying for state. There is a pep bus going to Dowling Catholic on Monday for the Regional Final. Students should bring $20 and a signed permission slip to the main office by Friday, November 1st.

“This season we’ve had trouble playing as a whole team instead of just six individuals out on the court,” Carter explains, “If we come together like we did at West, we’ll have a good chance at winning.”