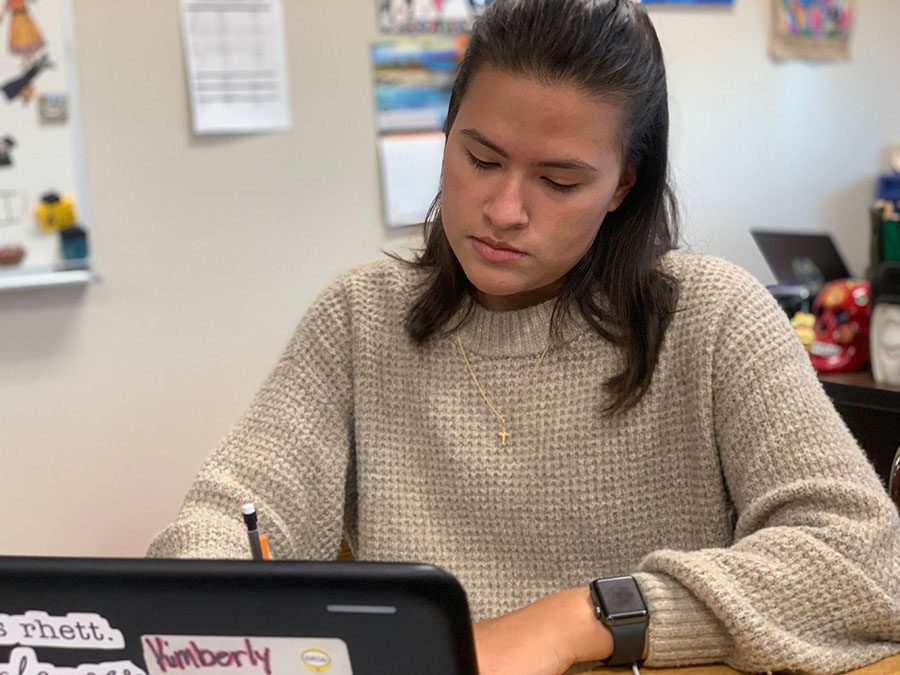 The Spanish and French V: Seal of Biliteracy program has begun its first year at City High. Among its differences from lower-level language courses is a volunteering requirement for students involved in the program.

“We feel that one of the best experiences is having the connection to the culture in the language and to directly have an impact from the get-go, because one of the biggest components in our curriculum across the board for languages is global-local connection and the different themes,” Dolores Silva, the Spanish V: Seal of Biliteracy teacher, said. “I think that the more people are connecting and interacting within the culture in the language, the better success they have and more confidence.”

Saye Traore ‘20, a French V student who will be volunteering for Taste of Broadway, said that she thought that the volunteering requirement is tailored for a class of students looking to go above and beyond in the learning of a language.

Kimberly Marquez ‘22, who is enrolled in the Spanish program and will be volunteering at the Center for Worker Justice of Eastern Iowa, said she thinks the volunteering aspect is something she will find valuable.

“I think it’s good that we have it because it does help with others to get them out of their comfort zone [and] do good for the community as well,” Marquez said. “I personally like to volunteer. If I get a chance to do it, I’ll do it. And I think volunteering will help me get a better knowledge of the world and understand more of what’s going on, especially with what we’re doing in class right now with poverty and climate change.”

Silva said that although the class focuses on global issues, it also seeks to highlight diversity within the community.

“Obviously…even though we’re looking at it in the global sense, it’s also our local corporate community that’s been impacted,” she said. “I think it’s also important for students to be aware of the diversity within their own [community] and not just get language as something that is an exterior or foreign.”

Traore agreed that the volunteering requirement would help her to interact with others in her own hometown.

“It just makes you actually have to use this language within your community. I think [that’s] something that stuck out to me a lot because I know I could probably use [French] more in my community to make people feel more comfortable,” Traore said. “Imagine being somewhere where you barely speak the language all day, constantly trying to figure something out, and having someone walk up to you and talk to you in your native language and how much of relief that must be.”

Many of the volunteering assignments were fairly open-ended, allowing students to use the language in a context that makes sense for them.

“A lot of it is made to let the students become creative and there are some of the organizations that do have something specific in mind based on what the programs are, but there are some there little bit more open ended to see where the students will take it, kind of like, ‘What would you like to see happen?’” Silva said. “I think they know that community kids are very well aware and eager to take the challenge and make a difference.”

Traore herself is looking forward to taking on volunteering in the community.

“[Speaking French] always was super uncomfortable for me—I don’t know [whether] my French is perfect,” she said, “but I think now realizing how much of a burden that takes off of another culture and how that’s just me choosing five minutes out of my day to be uncomfortable, and they experience that all day. So I think now, and I know in the future, [the volunteering is] definitely helping me interact with the cultures around me and make things easier for people and improve my own French, because I love French.”