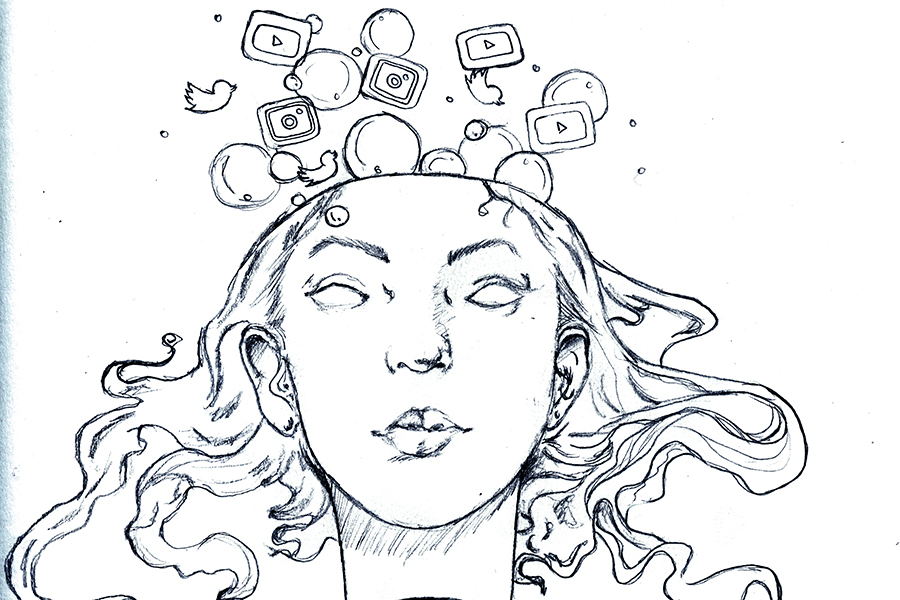 Cancel culture is prominent in everyday internet usage, but has it gone too far?

It goes without saying that social media has planted itself within our everyday lives. It has infested our slang, our mannerisms, and our society, but has it gone too far? Influencers have become a norm of the 21st century, spreading their reach past YouTube, onto Instagram, Twitter, and even newer platforms such as TikTok. These influencers make money off of their content, which is consumed constantly by their viewers. However, when scandals arise, viewers are quick to “cancel” their once favorite influencers. The internet takes the slightest offensive remark or wrongdoing and tears them apart. This happened in the James Charles and Tati Westbrook scandal last spring. Westbrook released a video explaining some of Charles’ misconducts, “exposing” him, and Charles in turn lost around 3 million subscribers to his Youtube channel, according to CNN. However, modern society has taken “cancelling” from social media influencers, and applied it to their normal lives. We now take anyone’s transgressions and we abandon them, fueling this society of cancel culture.

Those affected by cancel culture range from politicians, singers, comedians, and every day people. With the current 2020 presidential election being in full swing, many are finding some of the stains on the records of the candidates, choosing to dislike them based on a handful of  headlines. Ariana Grande has been cancelled by some for supposedly being anti-black and has faced criticism for too much tanning, allegedly committing brownface. Comedian Aziz Ansari has faced controversy due to a scandal surrounding alleged sexual misconduct. However, the situation itself was cloudy and not necessarily criminal, more uncomfortable than anything. Kevin Hart stepped down from hosting the Oscars after a blow up about previous homophobic comments. Even closer to home, during the Iowa State versus University of Iowa football game, a fan held a sign to Venmo him for beer money. He raised over a million dollars, which he then donated to the University of Iowa Children’s Hospital. However, the hospital almost didn’t take the money after a reporter dug up racist tweets from when he was a teenager. While all of these are transgressions, and they shouldn’t be forgotten or justified, we need to remember these people are human. They made mistakes, yes, but to what extent? Is it worth not taking a million dollars in donations from someone’s teenage tweets? Do celebrities deserve for their entire fan bases and careers to be over? Do we forget everything good they’ve ever done? Are we not allowed to make mistakes, and learn from them? They have wrongdoings, but they deserve a chance to learn and to change. To ask for forgiveness. They made mistakes, they didn’t commit crimes.

Recently, a video of “Jane the Virgin” actress Gina Rodriguez, saying the n-word was brought to the Internet’s attention. She has been criticized for being anti-black and is being cancelled by many. A non-black person saying the n-word is of course wrong, and shouldn’t be done. But we need to consider the fact that if it were someone close to us, we would most likely tell them not to, and then move on. Simply being in the public eye does not make anyone less human. We are aware our celebrities, politicians and other figures are not perfect, so why do we act surprised when they make mistakes? Almost every mistake of theirs is broadcasted for the world to see. Why do they not deserve the chance to be human too?

We as a society need to judge people not on the mistakes they make, but on how they learn from them. This view we have of YouTubers, celebrities, and influencers being perfect makes it impossible for them to make mistakes. It sounds cliche, but we all make mistakes; the only difference is that ours aren’t shown to the world. Ours are private, which means we have even more room to make even worse ones without criticism. Our society needs to part from the toxicity of immediate cancellation of any celebrity who makes a mistake. Instead, we must try and understand them. We must educate others. We must give constructive criticism. And we must give people time and room to learn.