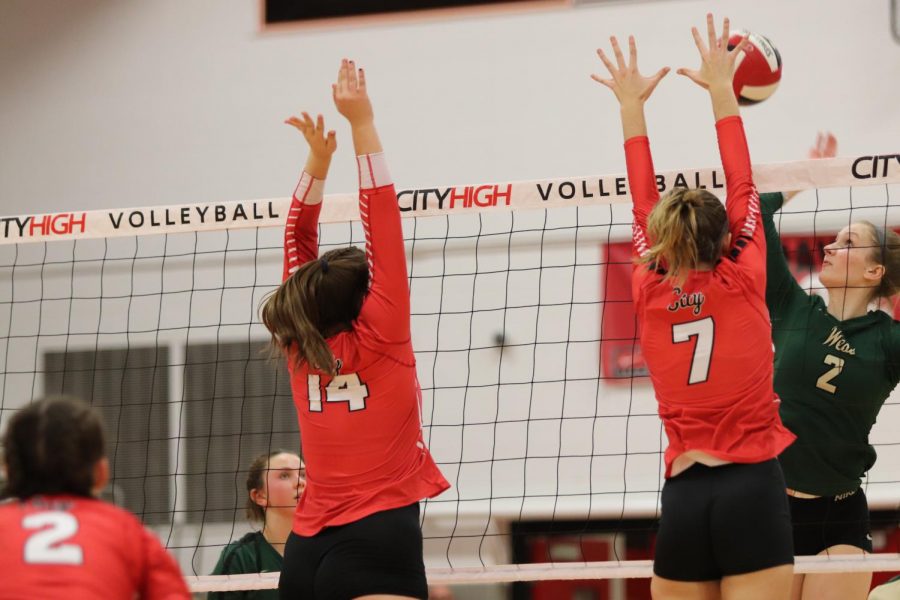 The squeal of shoes on the gym floors and the roar of the crowd faded into the background as the City High volleyball team focused on the last set against Dowling. After losing the first two sets, the team was running out of options. At the end of the game, Dowling had won the third set as well, advancing to state and ending the volleyball season for City’s team.

After their loss to Dowling, the Little Hawks ended the season 17-15. The team reflected on their season highlighting the wins and losses. The Little Hawks defeated West High 3-0 and Hempstead 2-1, but lost to Western Dubuque 0-2.

“That was a really difficult game mentally, because everyone went home with the attitude of, ‘We’re gonna win,’ and all this stuff,” Brooke Herzic ‘21 said. “We took it to five sets and it didn’t end until 10, so everybody was pretty exhausted mentally and physically.”

“I feel like the seniors really create the vibe of the team because everyone looks up to them. They’re normally the captains and they have a good outlook,”  Herzic said.

With the loss of 10 seniors that make up a majority of the team, next year the Little Hawks will look to the younger players to step up.

“Personally, being the youngest on the team last year, [when] I played varsity, I’ve just watched the seniors lead the team and that’s really cool that next year that will get to be us and the younger kids will look up to us,” Becker said.