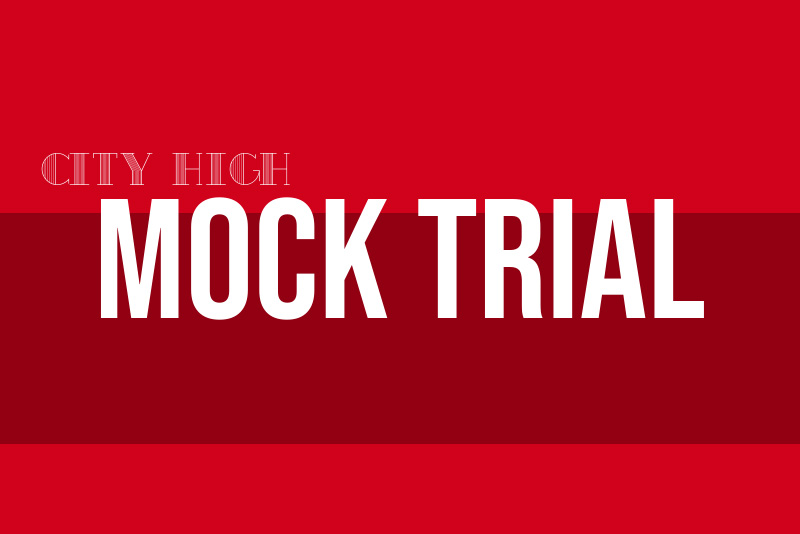 The trial is about a defendant charged with murder, yet the evidence is arguably inconclusive. A police officer named Robin Wayne allegedly took justice into his own hands and murdered Ozzie Cobblepot, who Wayne has arrested multiple times before but the limited evidence did not lead to his arrest. Allegedly, Wayne became frustrated, and this caused him to take matters into his own hands.

This was the practice problem used by the students in the City High Mock Trial program for their scrimmage this past Sunday. They met up in the City High library, along with alumni Maya Durham ‘19 and Jonas Geerdas ‘16, who, along with Chip Hardesty, served as the judges.

“[The scrimmage] refreshes the recollection of the returning people about how to do [Mock] Trial, and also give some new people the opportunity to get exposure to what a case is like from start to finish,” Jason Schumann, one of the Mock  Trial coaches, said.

Mae Barron ‘22 is in her first year of Mock Trial and participated in the scrimmage as the attorney who directs Fischer Mooney, an old crime partner of Cobblepot.

“I was feeling nervous because I don’t know all the rules of mock trial yet, but I understand the language a lot better [now] as well as the flow of the trial,” Barron said.

This year’s problem is to be released later this week by the Iowa State Bar Association, at which point the students will start preparing for the regional competition.

“I think we’re in good shape. We’ve been able to incorporate a lot of new people in with our experienced group and so we’re excited about where we’re going,” Schumann said.