The Power of Makeup

City High Students discuss the growth of the makeup industry. 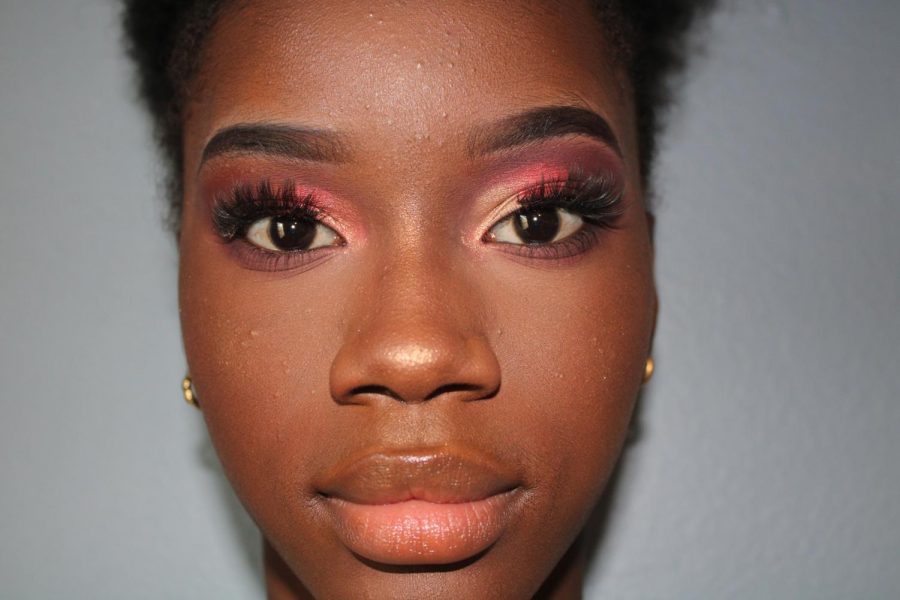 In recent years, the makeup community has expanded greatly from its origins on YouTube in early 2005. It’s spreading onto bigger social media platforms, primarily Instagram and YouTube. But wearing makeup comes in different shapes and forms for every person who picks up a brush, and can be used to create many unique and creative looks with a single palette. This is the case for City High students Grace Bendera ‘21 and Lluvia Jimenez ‘21.

Bendera’s love for makeup began as she was searching for interesting videos to watch on YouTube. Suddenly she came across a beauty YouTuber named Carly Bible and her love for the art grew from thereon.

“The makeup looks that she did were really nice. I was very intrigued to watch…the whole process and how the look came together at the end,” Bendera said.

Jimenez found makeup as an easy way to express herself rather than purchasing a bunch of different clothes, as with a palette one can do as many looks as one wants with it.

“I like makeup because I hate dressing up, and I hate doing my hair. I just kind of come [in] a T-shirt,” Jimenez said. “But with makeup, I can do a different look every day and make an outfit not look as basic. I think makeup can make any outfit look better.”

When Bendera began, she followed the steps that the makeup artist did on YouTube and mimicked the steps they did on herself. However, Jimenez, who began to do makeup since at a young age, learned the process of makeup through her sister, who is currently in the process of becoming a makeup artist. She also utilized YouTube for features that were different from those of her sister, such as face shape.

“A lot comes into makeup,” Jimenez said. “I took what she taught me and [learned] off of YouTube as well and customized it for myself.”

Both Bendera and Jimenez have made changes to their makeup routines and techniques throughout the years by using different products, learning new skills, and replacing steps in their makeup. Bendera has also chosen which social media technique or trend to follow.

During the early 2000s, a majority of artists on social media platforms were creating simple looks such as a brown smokey eye, along with soft eyebrow color. In 2015, the creativity of makeup began to develop as various artists began to create more colorful makeup looks that quickly became a trend.

“Back then, in the early 2000s, [artists] did simple makeup to only look attractive. People wanted something different,” Bendera said. “On YouTube and Instagram makeup artists did different things that you wouldn’t see before, and people really liked that.”

“The makeup industry got bigger and more diverse throughout the years. Brands-wise, there are so many brands. The reason why I like [certain brands] is that they are my skin complexion, so I can take some of the products that they use into consideration like bronzers, contour, powder, and foundation,” Bendera said. “I look for products that they use and see what shades would compliment my skin tone.”

Increasing diversity in the makeup community has been an issue that many have been trying to, especially in attempting to increase the variety of shade ranges for multiple skin tones. KKW Beauty, owned by Kim Kardashian, recently released a contour line that received backlash because it did not include darker tones.

“When companies such as Beautyblender came out with like 50 shades of light and only had two dark shades, that was very weird because there are other consumers who are darker than those two shades,” Bendera said. “That caused a lot of questions of, ‘Why aren’t brands making…products for other consumers that aren’t light? Why are you making makeup for certain people [and] forgetting others?”

However, there are makeup brands that are progressing in making shades for every skin tone. Singer and actress Rihanna launched her makeup line Fenty Beauty in late September of 2017, releasing up to 40 different foundation shade. Another well-known brand recognized for its diversity is Nigerian native Chichi Eburu’s cosmetic line ‘Juvia’s Place’  that released 50 diverse foundation shades. Both brands are setting standards for the rest of the makeup industry to follow.

“Juvia’s Place set the standard and makeup brands have to live up to it. If this brand can do it then all these other brands should be able to do it too, so I love Juvia’s Place for that,” Bendera said.

As the makeup community continued to grow, so did the demand for influencers to be the next big thing, creating a toxic and drama-filled environment for many artists.

“I think [the community] has gotten a lot better [makeup-wise], but also a lot more toxic, especially [on] the influencer side,” Jimenez said, “People are trying to be so unique. I feel that everyone should just be cool and unique, but not have to trash on everyone else.”

Many of this toxicity originated from YouTubers bashing on one another over brands, relationships, and more, which has developed into a ‘cancel culture’.

“On YouTube, there is a lot of drama but  I don’t know a lot, nor do I pay attention to them because I don’t follow most of them,” Bendera said. “The makeup industry has had its ups and downs.”

Although the makeup community and industry has its flaws, it has created a space for people of all ages to share and express themselves with others, especially on social media. It has also changed the standard for the classifications of makeup artists.

“People say, “Oh, makeup artists aren’t like real artists,’ and I don’t believe that. That’s the one that I hear a lot, and, ‘You don’t have the talent to do it.” That’s totally not true,” Bendera said.

The definition of a makeup artist has also changed over time, as there are people who view makeup artists as someone with a degree and others base it on talent and creativity. For Bendera, a makeup artist is a person who enjoys makeup as a passion and has the ability to grow.

“If you have the experience and get what you’re doing, then you should classify yourself as a makeup artist,” Jiminez said. “If you want to try makeup, you should do it. Even if you think you’re not that good, you’ve got to do it to get better.”

As the community is at its all-time high, there are many who strive to be the next big thing, as many of the relevant top influencers, such as James Charles, Nikkietutorials, Jeffree Star and more, came from YouTube and Instagram, where they were first recognized for their talents and now have their own makeup lines.

“If you’re constantly doing the same look, that’s not growing, that’s not evolving. You have to evolve and challenge yourself for me to say, ‘Wow, you’re an actual makeup artist, because you can adapt to change and also do what you like to do,’” Bendera said.