Coaching One of the Best Basketball Teams In Iowa 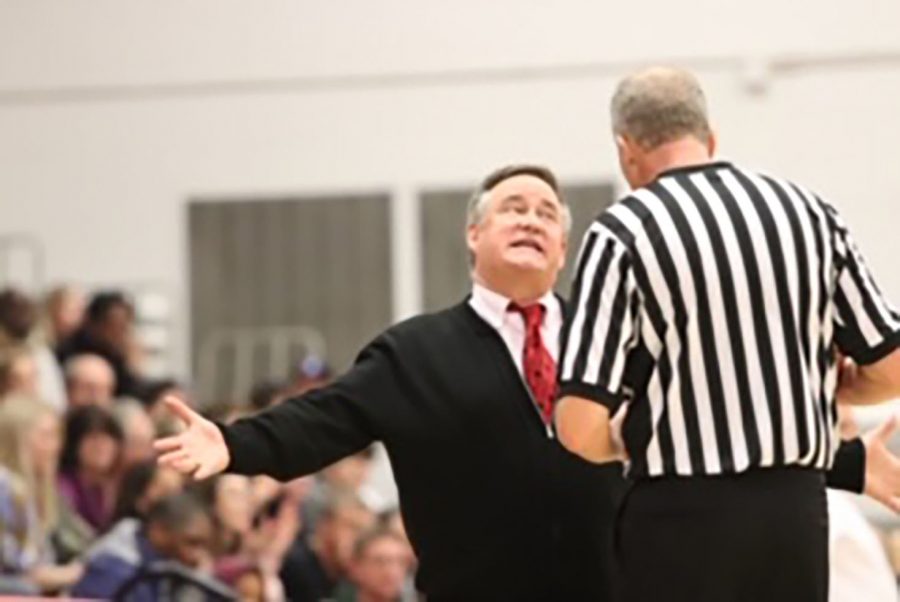 Coach McTaggart animatedly talking to a referee during the game against

The City High women’s basketball team has begun to head into its hardest games of the year. The team’s success can be largely credited to the team’s coaches, Lynsey Barnard (JV head coach and assistant varsity coach) and Bill McTaggart (head varsity coach). After making it to the state championships in the past three years, the City High women’s varsity team is hungry for a state title.

“My favorite part of the season so far is that the girls seem to be getting closer every week and close teammates are the key to a good team,” McTaggart said.

As of now, the City High women’s basketball team is 17-0 and is currently ranked #1 in class 5A for the state of Iowa.

Both coaches agree that one of the main goals for the team is capturing the conference title and bringing home the state title. But Barnard has more than just the state title in mind.

“Everybody always assumes that the goal is state championship, and I would say obviously that it is, but I think if we have one goal, [it’s that] is everybody buy in and see how good we can be,” Barnard said.

Barnard credits a lot of the game’s energy to the lively atmosphere of City High’s student section.

“The student section has been coming to the girls basketball games. The first home game against Kennedy, the atmosphere was insane. It was probably one of the loudest [games] other than West experiences I’ve ever had,” Barnard said.

McTaggart and Barnard agree that the team has stayed focused on the state title. McTaggart says that the attitude has stayed consistent from last year.

“I don’t know if the attitude has changed, we’ve just stayed pretty focused on winning a state championship. Nothing new,” said McTaggart.

Compared to past years, Barnard thinks that there has been an increase in positive attitude.

I think we’re in the right headspace now. I think this year, they’re finally realizing just how good we can be. I think they’re finding a really good balance,” said Barnard.

As the season gets more intense, Coach Barnard said that she is excited for the challenges up ahead.

“What I’m most excited for is the challenges. We’re throwing challenges [at the team] and pushing them and seeing how they respond to that because a lot of them haven’t been pushed and challenged like this before,” Barnard said.