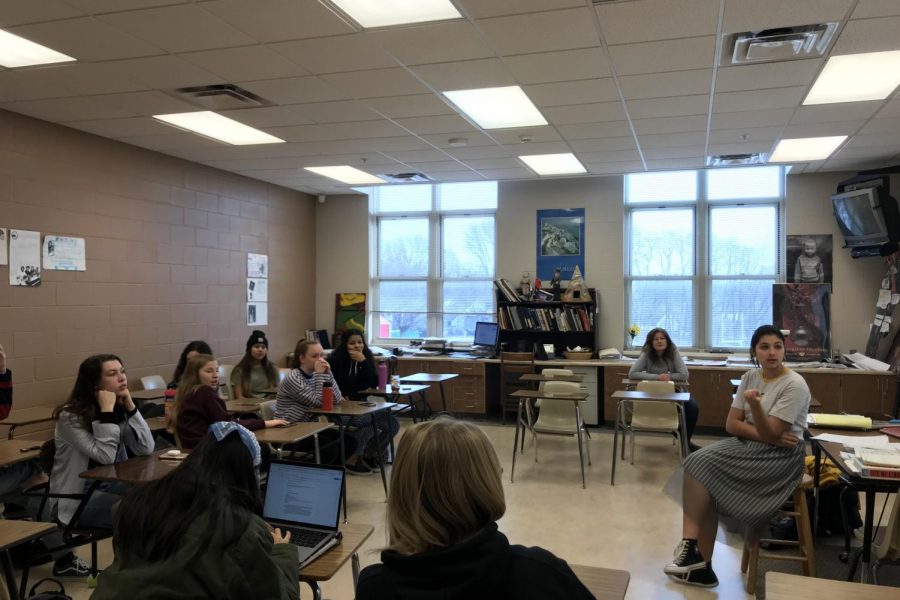 So far, only thirteen tickets have been sold for the Valentine’s Day Dance. This number, paired with the fact there is currently only a student DJ, no coat check, and no chaperones, has caused the student senate to consider cancelling the dance.

“There are too many variables,” Mr. Tygrett, one of the teacher supervisors, said.

The senate voted on whether or not to cancel the dance, and at first decided to wait till the end of the school day to decide, but after further discussion, the senate almost unanimously voted to cancel.

“I don’t know if it’s worth it at this point,” Mira Bohannan Kumar, the student body president said.

The thirteen students who bought tickets will be refunded. The senate decided to cancel now and not to wait because they didn’t want to cancel the day before.

“It’s not a failure; we tried and it didn’t work,” Tygrett said.

After finalizing that the dance will be cancelled, the senate discussed plans for a Powderbuff Volleyball tournament or another form of fundraiser.

“I’m worried if we do something else, my issue is breaking the tradition of Volleybuff, which has been successful for the past few years,” Bohannan Kumar said.

Additionally, the senate has prom, which is 10 weeks away, coming up and the elections for next year’s student body president and vice president.

“It’s not like we can’t focus our energy somewhere else,” Tygrett said.

Next week, an environmental forum will be held with students from GreenPeace Club, Interact Club, and Environmental Club.

The senate also decided to start a campaign to clean up the parking lot and prevent littering.

Student senate meetings are every Wednesday morning at 8:15 AM in Mrs. Gibbens’ room and are open to everyone.