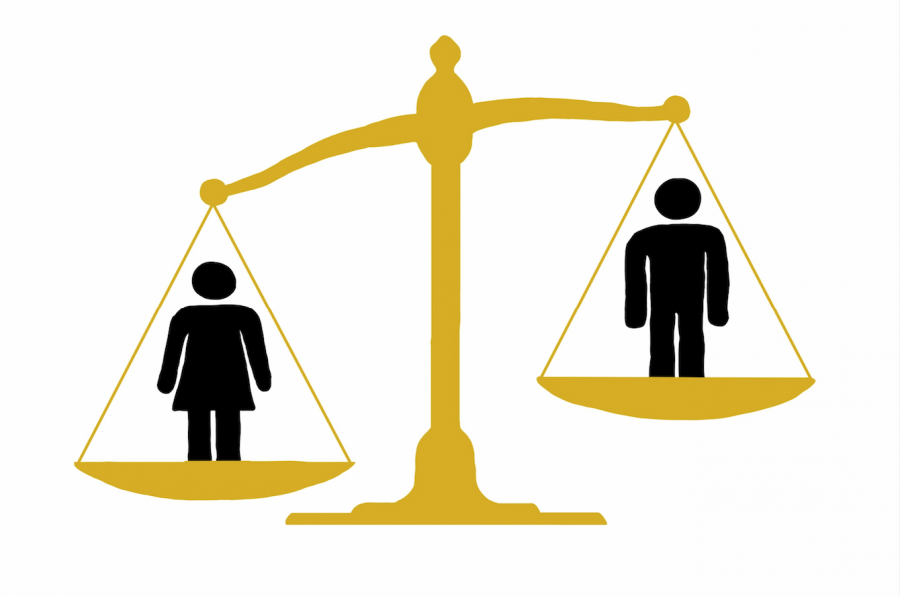 Researchers at Harvard found that voters view power-seeking women as angry, aggressive and unlikeable, while power-seeking men were strong, stoic, and capable.

In the 2020 presidential election cycle, American voters have seen a more diverse field of candidates than ever before. Multiple women, people of color, people from different religious backgrounds, and an LGTBQ+ person announced that they would run for the oval office. As a volunteer for the Elizabeth Warren campaign and a person who too often analyzes the news, I have been appalled by the discourse around the female candidates that I have heard over the past year. This ranges from the ‘he said, she said’ argument between Warren and Bernie Sanders, to the different treatment of candidates’ policies based on their gender, to the stereotyping of Kamala Harris as unelectable because she is “too angry.”

As Alicia Menedez explains in her book, “The Likeability Trap,” there are two tests that a candidate has to pass in order to gain the average American’s vote: Are they a good politician with good ideas for the country? Would you grab a beer with them? Menendez explains that male candidates only have to pass one of the tests, while female candidates have to pass both. A voter may like all of a female candidate’s ideas and policy proposals, but are they likable? Historically, women have been forced into positions where they are supposed to please others–specifically men. A woman can be as smart and as qualified as her male counterpart, but oftentimes will not get the job, raise, or opportunities that he does because she is expected to be a people pleaser, when he is not. This is as evident, if not more evident, in politics.

And are they electable? There it is: electability. A term that keeps white men in power. In the primaries, if everyone actually voted for who they wanted to be president, then we would see who is really the most electable. There is no point in trying to game the system by making guesses about who can beat with Trump; vote for who you think is best during the primaries and then America will see who is most popular, and therefore, electable. Additionally, women running for president have to represent their entire gender. Hillary Clinton lost the election in 2016 (although let’s not forget she won the popular vote), which caused people to assume that a woman couldn’t be president. Men have been losing elections for as long as America has had a democracy, but their electability isn’t questioned.

When Warren told the world that Sanders had said that a woman “could not win the presidency” during a private meeting in 2018, the conversation of sexism in politics took off nationally; however, what he said is not necessarily wrong. He did not say that a woman shouldn’t be president. I believe that the meaning of what was said was something along the lines of: “I don’t think a woman can be elected president because the American people will have a sexist bias when they vote.” To me, this is what he had to have meant, because, as his base will tell you, he is not a sexist person. He just has a bad track record with women. Here, Sanders was given the opportunity to redeem himself by participating in a conversation about sexism in politics, but, as usual, he missed the mark by a long shot.

Researchers at Harvard found that voters view power-seeking women as angry, aggressive and unlikeable, while power-seeking men were strong, stoic, and capable. Racism intersects with sexism when women of color run for public office, as well. Kamala Harris has been described as “too angry” and “too loud” during this election cycle, playing into the stereotype that black women, especially black women seeking positions of power, are angry and hostile. Women on the campaign trail are told to not talk about their personal lives or children, to stick to their experience, and always “look the part.”  Clinton was often described as resembling “your nagging wife” and Warren’s voice as “hard to listen to.” Women in politics are scrutinized for the way they dress, how much makeup they wear and minuscule facial expressions. Not smiling? Too harsh and mean. Smiling too much? Too aloof and unprofessional. As the general election approaches, remember that Elizabeth Warren, Amy Klobuchar, Kamala Harris, Kirsten Gillibrand, Tulsi Gabbard, and Marianne Williamson have had to fight twice as hard as their male counterparts to have their voices heard and taken seriously in this election cycle.