Iowans will be able to vote in the upcoming primary election for Joni Ernst's (R) seat in the U.S. Senate 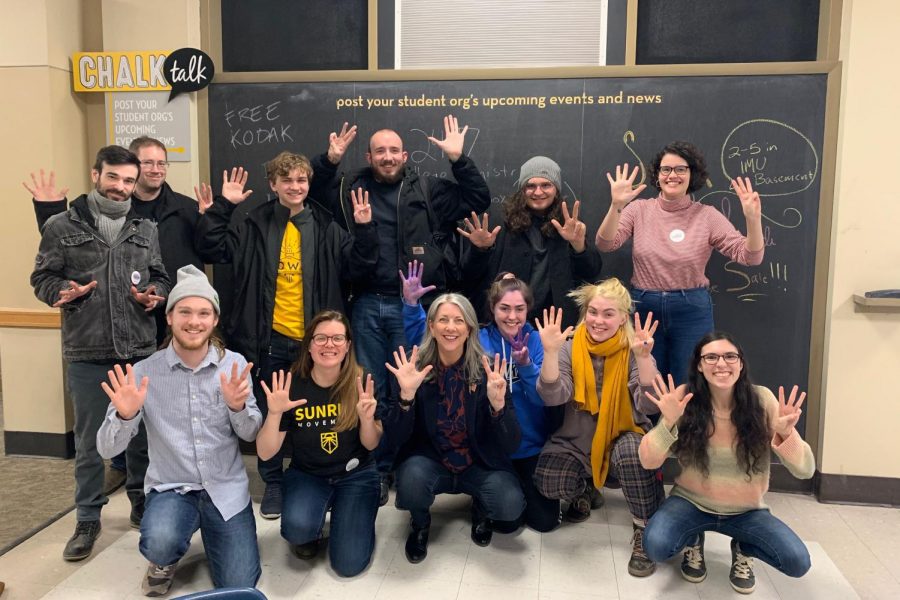 On June 2, 2020, Iowans will be able to head to the polls to vote in the primaries of the United States Senate election for the Iowa seat currently held by Joni Ernst (R), who was first elected in 2014.

There are five Democratic candidates running for the seat: Theresa Greenfield, Kimberly Graham, Michael Franken, Eddie Mauro, and Cal Woods. Greenfield is the frontrunner in terms of endorsements, institutional support, and money raised.

Greenfield, formerly the president of a real estate company, and Mauro, a businessman and activist, both ran for Congress in 2018 but didn’t make it past the primary election. Graham is a child’s rights attorney, Franken was a Vice Admiral in the U.S. Navy, and Woods served in the Navy and worked as a journalist for 16 years.

In the midst of the coronavirus pandemic, holding campaign events has become more difficult. However, the candidates are still finding ways to reach out to voters. On Sunday, April 19, an online forum was held with the five candidates and community members. The candidates introduced themselves, described their platforms, and virtually answered questions from the audience.

Greenfield’s campaign has been reaching out to Iowans via social media and has had supporters contribute from all 99 counties in Iowa.

“I’m proud of the work our grassroots team is doing to help get the word out about voting by mail and to help Iowans make their voices heard,” Greenfield said in a press release.

“I agree with her policies and that they’re similar to the ones of Bernie, who I also strongly support. I think it’s really important to also have a progressive Senate or at least a Senate that shares my values because that’s how we win,” Sileo said.

According to the Des Moines Register, Ernst’s approval rating has been slipping in that last couple of months. However, 41 percent of Iowans would definitely vote for her if the election was today.

State and local election officials are encouraging voters to vote by mail in order to maintain social distancing and not have crowded polling places on election day. Iowa Secretary of State Paul Pate will mail every registered Iowa voter an absentee ballot request form ahead of the June 2 election.

Pate also extended the period in which voters can vote by mail from 29 days to 40 days. Voters were able to mail in their absentee ballot request form beginning April 23.