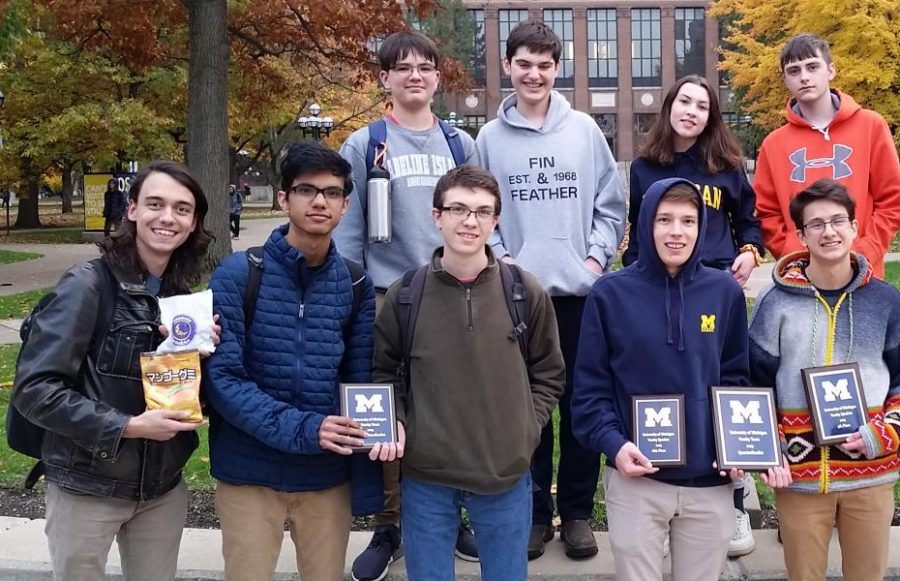 Policy debate has been able to function as it usually would this season, but with one major change: students won’t be seeing their debate partners in person every week at practice like they had been doing in the past. Now the ICCSD debate team has online meetings every week and has had several camps and Zoom meetings for new debaters.

Debate tournaments are online this year, which makes the sport more accessible. In previous years, going to tournaments could be expensive and time-consuming. This means that debaters have been able to go to more tournaments this season. For example, Liam Clarke ‘22 has already been to two tournaments. Clarke went to Niles Township and the Mid America Cup. When tournaments were in person, they were social events. Students don’t get to interact with other debaters the same way now that tournaments are online.

“I enjoyed the social aspect,” Clarke said on in-person tournaments. “With online debate, I miss out on that.”

It isn’t only students that are missing in-person debate tournaments. Cooper is a Speech and Debate coach, and he has been coaching for ten years, three of which have been with the West and City teams. “I thrive on the energy of a tournament. I also really appreciate how students engage with each other at these tournaments,” John Cooper, an English teacher from West said.

“I think [the social aspect is] really important that we support kids and healthy social interactions. You’re developing mentally, you deserve to be able to be with your friends,” Cooper said.

Now, there are no travel expenses, and students can debate from home. Tournaments have been filling up fast, with registration open to schools all over the country. This creates a new opportunity for debaters to meet each other, even if they live thousands of miles away.

Cooper knows that speech and debate creates a community for its participants but also recognizes that there is still a lot of work that needs to be done to make the activity an even playing field for all students.

Debating online requires a good wifi connection, it can be frustrating when your opponent suddenly glitches during their speech.

“There are lots of technical difficulties,” Clarke said. “Being able to effectively communicate has been difficult.”

A poor wifi connection can be fixed with an ethernet cable, but not every debater has one. Coaches have been working on getting materials that are necessary for debate to the students that need them most.

“I’m working with parents right now to create a campaign where we’re raising money to get better equipment, internet, and file access for students.” Cooper said.

Cooper wants to make sure students from all backgrounds can participate in the activity.

“It’s really important for us to make sure that those kids who don’t have the access get access.” Cooper said.

West High will be hosting a tournament on October 24th for novice debaters. It will be completely online. One of the biggest questions for coaches hosting online tournaments has been how to hold a tournament when there are teams from across the country. The tournament already has entries from five states, including Illinois, Iowa, Florida, Kansas, and Texas.

While online tournaments have been frustrating, they still bring new opportunities to the activity. It will take some time for debaters to get used to the new method of debating.