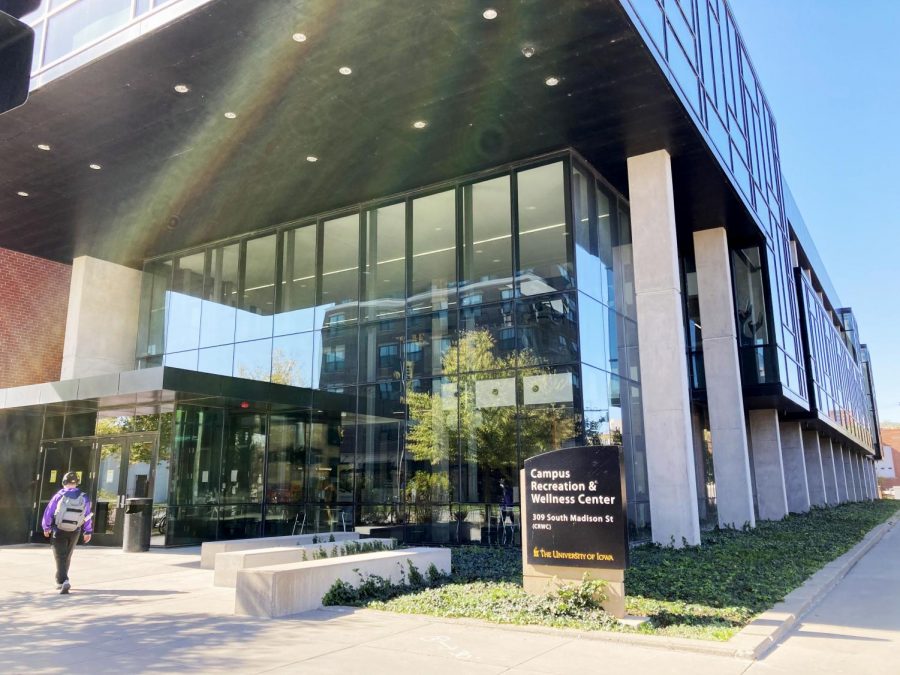 Outside the University of Iowa Recreation and Wellness Center

After 25 NCAA national team championships throughout 83 years, all University of Iowa swimming and diving programs have been cut due to financial hardships caused by the Covid-19 pandemic. This was announced by University of Iowa President Bruce Harreld and Gary Barta on August 21.

“I was just really confused and I didn’t believe it at first,” Isaac Weigle ‘21 said.

In an article written by The Hill named “University of Iowa permanently canceling four sports programs,” Harreld and Barta stated, “The COVID-19 pandemic resulted in a financial exigency which threatens our continued ability to adequately support 24 intercollegiate athletics programs at the desired championship level.”

Following the cancelation of The Big 10 college football season, the University of  Iowa put 76 student-athletes on the roster for team termination, 48 of them swimming and diving. According to Hawk Central, a single game can bring in roughly 3.2 million dollars.

“With the Big Ten Conference’s postponement of fall competition on August 11, University of Iowa Athletics now projects lost revenue of approximately $100 million and an overall deficit between $60-75 million this fiscal year,” Harreld and Barta said.

The 2021 NCAA swimming and diving championships that were going to be held at the University of Iowa March 24-27, has now been canceled. In past years, this meet has brought in more than $1.5 million dollars for the community where it was located.

“It’s going to impact the community economically negatively, and it’s going to negatively affect people’s jobs. I think the sports getting cut is a part of a bigger picture of, you know, college athletic directors managing their budget,” Zane Hugo, a University and City High coach, said

Coaches will be paid up through their contracts but will need to find different jobs following the expiration of contracts.

“Not only was I connected to the team from my undergraduate career at the university but it affects my job as well so it really threw me off,” Hugo said. “It just takes away opportunities for high school kids in the future that wanted to stay in the state and compete as division one swimmers.”

Many University of Iowa Alumni have taken efforts to put teams in a position to be reinstated. Vickie Nauman, now living in Los Angeles, submitted a letter to the Board of Regents with signatures of hundreds of athlete alumni from University sports. The goal to reinstate the programs advises them to be sustained for a long time. Mark Kaufman, CEO and Founder of Athletico, has taken multiple efforts on this issue. He is working with parents, coaches, and alumni to find a solution for all Iowa Athletics. Emma Sougstad, an Iowa Alumni and 2-time All American swimmer, recently began working as an assistant coach is working with student-athletes under scholarships to Iowa. She is using social media under #saveiasports to draw attention from the community to Iowa sports programs.

“I am hopeful that the efforts that many of many of the alumni have taken right now are putting the teams in a position to have some leverage to be reinstated,” Hugo said.