They Had Time: Hobbies in the Time of COVID-19 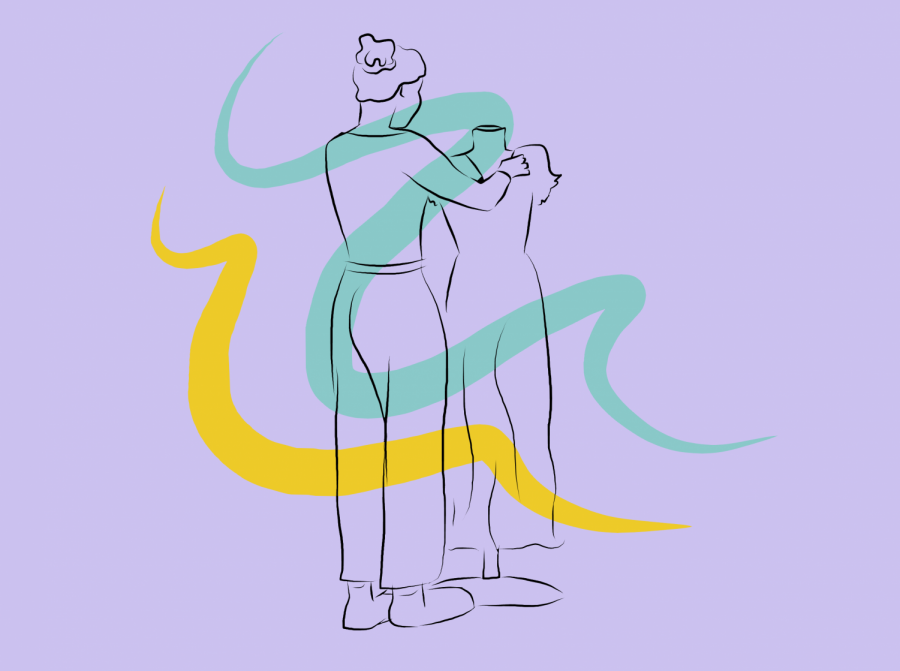 This summer, City High teacher Lynsey Barnard was scrolling on Twitter when she happened upon a video of a disc golf player. Aware of the impact COVID-19 would have on her summer, Barnard wanted to pick up a new hobby to keep her busy. She mentioned it briefly to a friend and has since spent three days a week at a course, working on her throw and having fun.

“[At first], I didn’t think Iowa City had any courses,” Barnard said. “I had no idea that we had a handful of courses in the area, and I was given a few discs for my birthday in May. The sole reason for starting to disc is because of COVID-19. I was tired of being in the house all the time at that point, and other outdoor recreational activities like regular golf hadn’t opened yet. Since it’s outdoors and easy to keep a good distance from people if you want, it’s been the perfect way to have fun during COVID-19.”

Similar to Barnard, Lulu Roarick ‘22 wanted to try something new in her newly-gained free time. Now, Roarick grabs a penny board as her sister straps on a pair of roller skates, heading out for their daily session of skating.

“I have had a penny board for quite a few years now, but mainly I stuck with longboarding,” Roarick said. “COVID-19 gave me so much free time I got curious and wanted to try something outside of my comfort zone. Now I’m obsessed. I go skating at least once a day with my sister now.”

After a summer of practice, Roarick is a strong advocate for the penny board. Now that we are further along in the school year, Roarick is still skating regularly, grabbing her board in between classes and after school.

“All you need to do is get your helmet on and skate!” Roarick said. “It’s an awesome board for people that love to cruise while also being able to take some awesome sharp turns.”

Maria Volkman ‘22 had a different method to keep busy during quarantine. Volkman turned to something in her own home- a sewing machine. She has been sewing since she was five. Volkman’s grandmother sparked her interest, gifting her with homemade clothes and stuffed animals. This summer, Volkman wanted to hone her craft, spending hours a day working on a project.

“Before quarantine, I wasn’t really sure of my abilities to sew,” Volkman said. “But throughout quarantine, I was able to grow my abilities and became more confident that I could actually sew a garment without failing, which is always helpful. When you realize that you can actually do it, [sewing] becomes a lot better.”

Volkman has worked on multiple projects over the course of the summer, including a pair of shorts and two dresses. One of the dresses was made of recycled sheets; it took her three weeks to complete. She went on to describe the tedious process- how she made her own pattern, cut the fabric, pinned the sleeves.

“The dress is probably one of my favorite things [I’ve made]. Making dresses is a lot of work and I’m just really proud of it,” Volkman said.

The summer of 2020 saw quite a change in the way that people spent their time. For once, people had time for themselves, to pursue interests that otherwise would have slipped by in the chaos of everyday life.

“With my crazy schedule with teaching and coaching, it’s been quite a while since I picked up a new hobby or tried a new sport,” Barnard said. “That was part of the fun as well. The only goal – just keep having fun.”