Teens Who Can’t Vote Make an Impact by Protesting 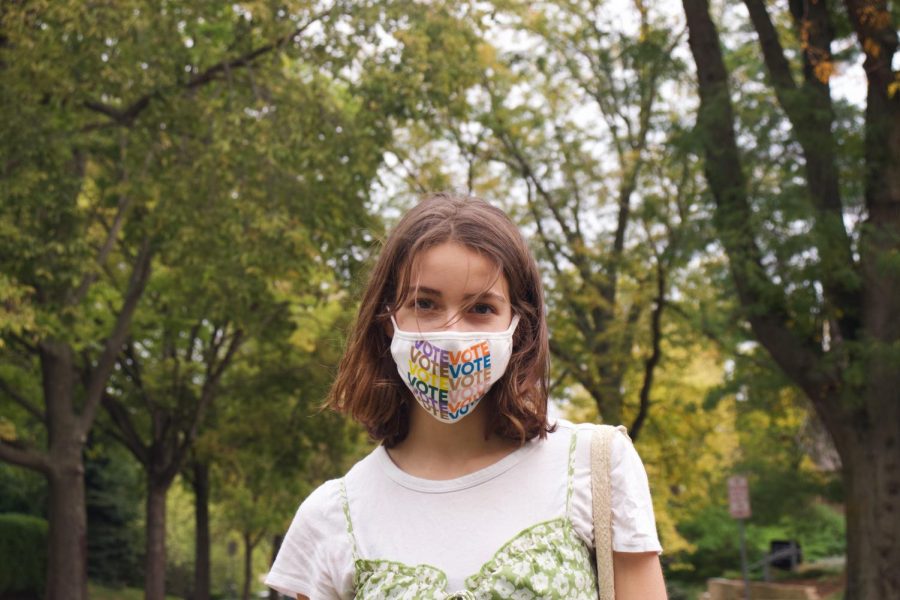 With the world at a tipping point and the upcoming presidential election on everyone’s minds, the students of City High have a unique voice to be heard. Most of the student body is under the voting age but that hasn’t stopped them from speaking out for issues they see around them.

“This is really our future that we are thinking about,” Faith Odhiambo ‘22 said. “You really do need to pay attention to what’s going on because it’s affecting us, probably in some cases more than the older voting population.”

Odhiambo has been going to many protests in Iowa City for Black Lives Matter and spreading information to her peers. She also consistently posts on her social media about topics she thinks need to be seen or read.

“Educating people you’ve talked to and being educated by people you meet, whether at protests or online, and continuing to educate yourself and others is important,” Odhiambo said. “I am pretty much motivated by the experiences that I’ve had and people I have talked to.”

Kat Fullenkamp ‘22 also tries to encourage others to voice their opinions by voting, although she is under the voting age.

According to the United States Census Bureau, only 46.1% of people ages 18-29, voted in the 2016 presidential election. These students are trying to raise that number and encourage those in their community to use their vote because they don’t have one yet.

“You really do have to try your best to encourage and remind, especially 18-year-olds to vote,” Odhiambo said. “They need to be doing their part, so I try my best to encourage them the most I can and explain how important it is.”

Greta Stanier ‘23 gets involved in events happening in her community to get a conversation going about the world she will be affected by.

“I have gone to protests, posted things on my social media, talked to friends and family, and I am also participating in a phone bank soon to encourage voting,” Stanier said. “There are so many things that need change and the only way that is going to happen is if people are active in efforts to create that change.”

With voicing their opinions, comes a debate from their peers who see the other side. Odhiambo tries to recognize the opposing argument and will talk with those who disagree or have a different view on an issue.

“I will say my point and let them say theirs, but if I feel like I’m just being attacked and they aren’t really listening to any of my information I’ll just leave it at that,” Odhiambo said. “I try not to get too deep into an argument that’s just not going anywhere.”

With the presidential election only 8 days away, many people have voted early through absentee ballots but many still plan to vote in person on November 3rd. Odhiambo continues to motivate those around her to vote by having conversations at events or online.

“If someone is willing to listen, which I have talked to a couple of people who really have heard out my point,” Odhiambo said. “That’s a moment to take, to tell someone something that they might not have heard before.”

Fullenkamp believes that voting is only one part of creating change. She has gone to many marches as well and talks about national topics up for debate even though she is not old enough to vote for the leadership making those decisions.

“There’s never an age where you’re allowed to start making a difference in your community,” Fullenkamp said. “I definitely hope to change more people’s minds.”