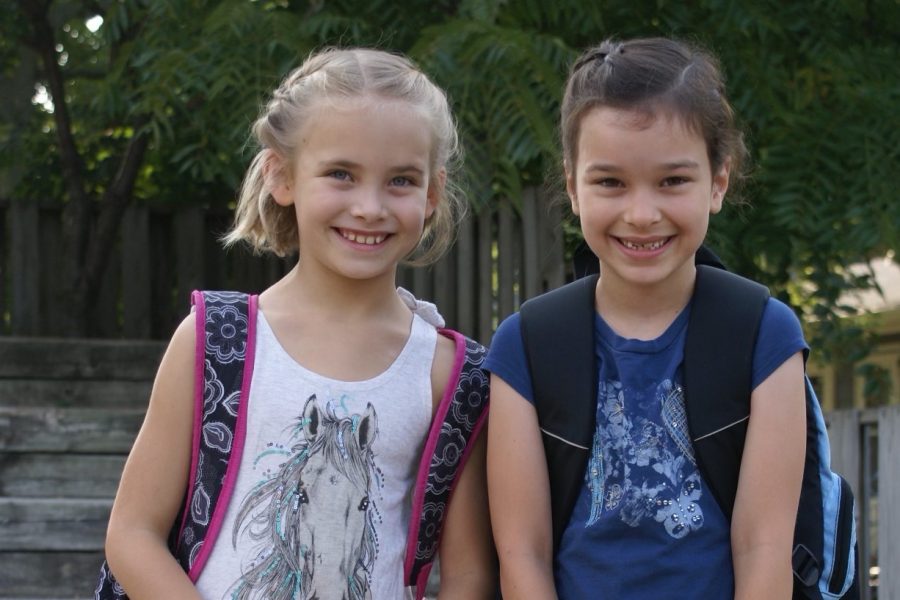 After the coronavirus temporarily put a halt to classes in March, two South East Junior High students felt like something was missing. Joanna Galluzzo ‘25 and Tommy June Simmons ‘25 wanted to do something to connect their neighborhood when they couldn’t all be together in person.

“We’re all separated and can’t see each other face to face or talk for long amounts of time, so we decided to do [something] to keep the neighborhood connected,” Simmons said. “I do like writing and some of the challenges that go with it. I like to introduce people to new things, like journalism.”

One of the girl’s neighbors had the idea of creating a neighborhood newsletter to foster connection in a time of social isolation.

“For me, it was about connecting the neighborhood and we got a lot of positive feedback on it and that really made me feel special and like I was really helping the neighborhood,” Simmons said. “Other people wanted to contribute stories so that was a good way to have others bought in, and not just Joanna and I.”

“We have guest columns [in] which people around the neighborhood can write about what they’ve seen or just anything,” Simmons. “[We have] featured art, we like to collect the art from the little kids and it’s really fun to see their artwork. Then we have different recipes and pet profiles.”

Galluzzo enjoyed being able to do research on topics that she found interesting.

“I thought it would be fun to do since we were home from school,” Galluzzo said. “I like the projects and ideas that we could put into it and it was fun for me to [do] research.”

The first issue was published on April 6, after the girls started planning the project at the end of March. They have produced 20 weekly issues.

Simmon’s works on a section called “Meet a Neighbor” where she interviews people in the community.

“I really enjoyed seeing how the neighborhood really got brought together and now whenever I see the people that were on ‘Meet a Neighbor’ they always recognize me and are like, ‘Oh hey you interviewed me,’ and I’m like, ‘Oh yeah that was really fun.’ I think that’s a good part of it,” Simmons said.

However, there have been challenges. Both girls described how it could be difficult to gather submissions or ask for content from their peers.

“Sometimes it’s hard to find people to answer things but if we just ask around, people usually respond,” Galluzzo said.

Simmons explained how she considers herself a shy person and therefore was apprehensive about having to reach out to so many people. However, she ended up being grateful for how supportive everyone was.

“We had to reach out to a lot of people like we did for our ‘Meet a Neighbor’ sections for our newsletters,” Simmons said. “Those were really difficult, but we realized that all we had to do was reach out and all the people were really supportive and really wanted to help.”

“I like to do the “Stay-home Field Trips” and we just take turns doing different things,” Galluzzo said.

The issues vary in length depending on how many submissions they get.

“[Getting issues out weekly] was a challenge and some issues would be really small because [less people would] contribute and sometimes we would just have to contribute stuff,” Simmons said. “I still think we managed to pull through those difficulties and our neighbors always helped with that.”

Aftering learning how to create a website using Google Sites in school, Simmons didn’t have much trouble putting together the Northside News website.

“We learned about [setting up a website] in school for Global Studies and it was pretty easy because our teacher taught us how to do it,” Simmons said.

The girls stopped publishing the weekly newsletter when school started back up, but are considering bringing it back in the future.

“We’re thinking about doing special holiday issues and maybe weekend issues if we have enough time,” Simmons said. “I really think the neighborhood enjoys it so I hope to bring it back.”