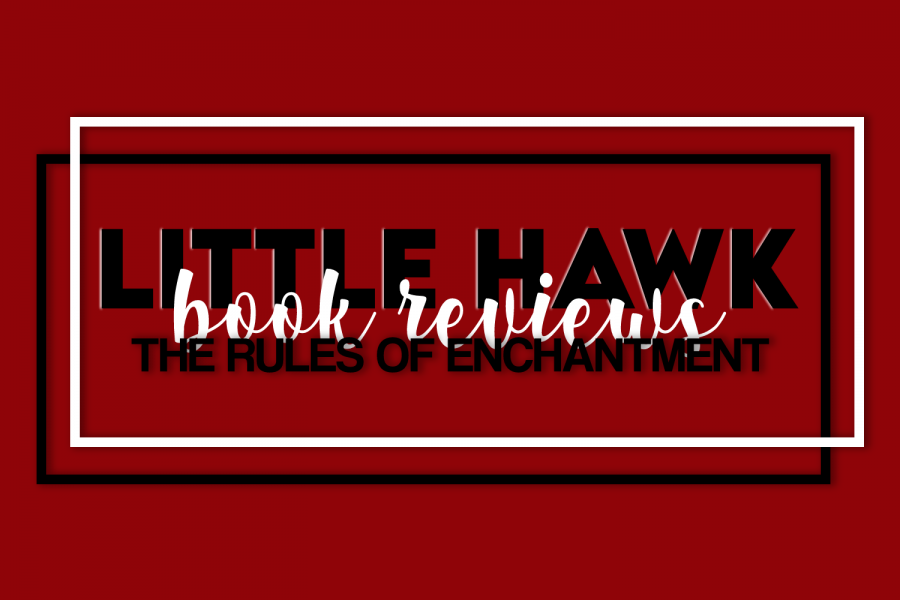 “She spent a lifetime never feeling worthy enough to take anything without an invitation,” – Wendy Tardieu, The Rules of Enchantment
I received a copy of this book from TCK Publishing in exchange for an honest review. All thoughts and opinions are my own.

Fantasy romance novels are in no way uncommon, finding their way onto many of the bookshelves in Iowa City. The keyword ‘fantasy’, when searched in the Iowa City Public Library catalog, returns over ten thousand results. Naturally, it stands to reason that writing a fantasy novel that stands out from the rest is no easy task.

Wendy Tardieu’s The Rules of Enchantment is easily distinguished from the other fantasy books I’ve read, if imperfect in many ways. Tardieu introduced a fascinating setting, but fell through when it came to world-building and developing chemistry between the main characters. For being marketed so strongly as a romance novel, there’s an inherent disappointment in the fact that their first kiss, which comes nearly halfway through the book, feels so abrupt.

However, there are plenty of positive attributes to go with the book’s weaknesses. For example, the plot itself weaves together magic and politics in a fascinating mixture of suspense and romance. Further, each character has their own well-built view of the world and general philosophy, which they adhere to throughout the story. The main characters, Leith and Kyler, are both likable and easy to relate to, without being carbon copies of one another.

It’s easy to judge The Rules of Enchantment by its cover, but it is much less cliché than it is made out to be. It is, at its core, a fantasy student-teacher relationship, which is definitely not for everyone. Tardieu has managed to fit a shocking amount of plot into under 200 pages, but that came at the expense of an under-developed setting. If you’re looking for a quick read or an easy introduction to fantasy, The Rules of Enchantment might be a good book to try out.