Two Sides of a Bill 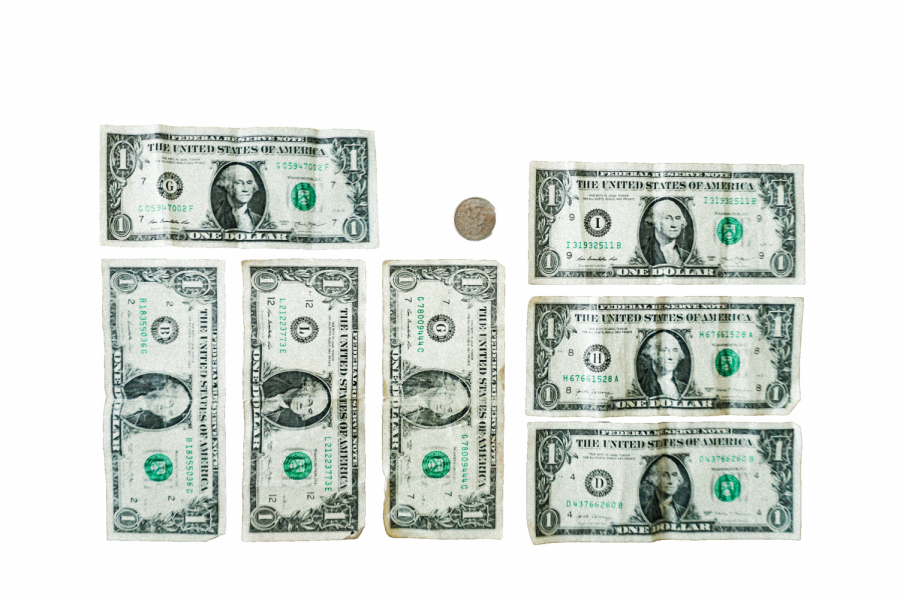 After thirteen years of work, then-5th-grader Izzy Jurgens’s ‘22 single mother, Dee, was fired from her job at a local grocery store. Having already decided to switch career paths because she found she was working too much to make ends meet, Dee was planning on going back to school for her bachelor’s to be a medical laboratory scientist. However, she became unemployed without time to fully save up for her education. Having gained certification for phlebotomy a year back, Dee worked the best job she could to get her through school: a phlebotomist. Although not minimum wage, Dee was paid $19,000 ($20,747, adjusted for inflation) that year, supporting both Izzy and her grandmother. Jurgens reports it was a rough year, using federal programs such as food stamps and programs for single mothers to provide for their basic needs.

Dee’s income was above minimum wage but the Jurgens household was at Iowa’s poverty line, the 100% poverty level.

Last year was the year of the essential worker. Many of these essential workers also make the minimum wage, sparking conversations from both sides of the political ideologies on Capitol Hill. Newly Inaugurated President Joe Biden’s recent proposed $1.9 trillion COVID-19 relief package contained a piece of legislation that pushed for a $15 federal minimum wage, nearly doubling the current $7.25 federal standard. The last increase was in 2009, raising the wage from $6.55 ($7.90) to the current federal minimum wage, leading some to wonder if this change is long overdue or too extreme for current economic times. More recently, Democratic Senators have proposed the Raise the Wage Act of 2021, legislation that would “gradually raise the federal minimum wage from $7.25 to $15 by 2025.”

In 1991, John Burkle, City High Government teacher, got his first job. As a lifeguard at the West Liberty pool, Burkle took home $4.50 ($8.55), twenty-five cents above Iowa’s 1991’s minimum wage of $4.25 ($8.08). Burkle recalls having no complaints about his wage since he had no expenses to pay, therefore allowing him to spend his money entirely based on wants rather than needs, which “was mostly comic books and fast food.”

However, for some Americans, their minimum wage job isn’t a source of disposable income, but rather a household’s shared salary.

“I don’t think I could support more than just myself with my $10.10 hourly wage,” Jurgens said. “I also don’t think that working adults should be forced to live paycheck to paycheck without being able to provide opportunities for their children. I don’t think it is ethical to not pay someone the value of their work.”

Across the country, around one and ten Americans are at or below this line, with an additional two out of five Americans living at the 200% poverty level.

“Politically, the argument of the minimum wage comes down to the conservative mentality which tends to favor business and people earning what they earn based on merit,” John Burkle said. “The better work that you do, the more you will be rewarded for your effort and will be more desirable within the workforce.”

Additionally, many conservative voices argue that unemployment will increase due to companies cutting staff to maintain profit margins. This argument is furthered when taking into consideration the current economic upheaval after shutdowns and quarantines throughout the United States. After all, between having no job and having a low-paying job, the unemployed population of America would most likely choose to have a low-paying job.

“The opposite of [conservative mentality] is a liberal mentality, which tends to favor the working class over the owning class,” Burkle said. “The idea of a living wage is their main argument as currently if you work a full-time minimum wage job, you only take home $15,000 a year, which is nearly impossible to live off of. Raising the minimum wage will cut into profits for businesses but it could also allow for more growth of the economy as more people could have disposable income that they could then make purchases or invest to improve their lives. With more people making more money, you could cut some government welfare programs as they would no longer be needed, theoretically.”

Burkle personally believes raising the minimum wage will improve many Americans’ quality of life. He understands both sides of the argument but insists that it would only be an ideological fight at first. According to him, many of his business-owning friends have been raising their entry-level pay to gain and keep quality workers. He believes that larger businesses that are already making billions of dollars a year keep their wages low because they know they can find desperate, unemployed workers. Burkle believes those larger businesses still can afford to raise the minimum wage, yet still profit.

Additionally, when workers do not make enough money, they often rely on federally funded programs such as food stamps (SNAPs) and Medicaid. This produces a burden on taxpayers who are effectively subsidizing non-livable wages.

Over the years, the minimum wage has not kept pace with inflation, as the price of goods and services has incrementally increased due to inflation.

“For example, a can of Coke may have been 60 cents in 2009 but is now a $1 yet in that span there hasn’t been a raise to the minimum wage. So people may have been just getting by in 2009 but today are consistently behind on their bills because of the cost inflation,” Burkle said. “When the minimum wage was first introduced it was a living wage that families could subsist on. That’s not the case today. In the recent past, America’s government has put more emphasis on corporate profits in an attempt to stimulate trickle-down economics where the more profit a corporation makes the more money they will invest in their workforce. Yet there is no way to force corporations to use their profits to increase the pay of their employees.”

City High Economics teacher Steve Dodge remembers when the minimum wage went up to $3.35 (8.06) per hour during his highschool years in the mid-eighties. After the increases in wages, he recalls mainly fast-food restaurants having customers to fill their drinks to cut back on staff, attempting to maintain current profits.

“Economists are often against a minimum wage because it causes some unemployment,” Dodge said. “Firms may install more self-checkouts and digital ordering tools to not pay so many the higher minimum wage. In some areas, a minimum wage can help to force large employers with power over wages to pay a fairer wage that may help workers get closer to a living wage.”

When companies are forced to pay employees higher wages, oftentimes benefits, such as health care, are cut from their pay. This means employees have to pick up the tab for health care elsewhere, essentially making their wage the same.

“The current federal minimum certainly has not kept up with inflation to allow anything close to a living wage,” Dodge said. “Many new classes of workers like Uber drivers are classified as independent contractors so the minimum wage does not apply. I think we need to look at not just raising the minimum wage but also address the many workers for who the minimum wage does not even apply due to job classification. Job training to help move workers to higher-level jobs should be part of the solution to getting people to a living wage also.”

One morning in December of 2020, Dee noticed something missing from her bank account. That something was $1,300 missing from her checking, all she had saved to put towards her final semester of college tuition. She was four months away from graduation to become a medical laboratory scientist.

The bank refused to return what had been stolen. Even though her economic situation had improved over the previous few years, Dee was being forced to live paycheck to paycheck. One surprise expense could deter her future, according to Jurgens. In 2019, two out of every five Americans live paycheck to paycheck according to the Federal Reserve, meaning that a surprise expense such as a $400 car repair would cause economic hardship for months. After six years of working late nights and early mornings, Dee would have to wait out another year of economic instability.

“I think what motivates her to get up each morning is the promise that she can one day relax, take a break from her long hours,” Izzy Jurgens said. “What people don’t understand is that the, ‘oh, just work harder or get a better job if you want to make money,’ doesn’t apply anymore. You need money to make money in our society.”