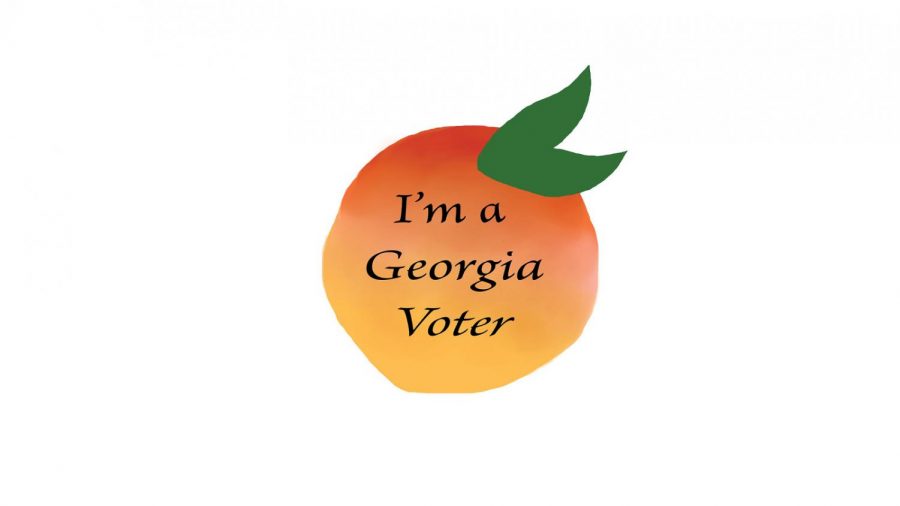 On January 20, 2021, Jon Ossoff and Rev. Raphael Warnock from Georgia were sworn in as United States Senators, giving the Democratic Party control of the Senate along with the party’s control of the House of Representatives and Presidency.

“I think everyone should care about the Georgia senate race, Democrats and Republicans. It was the one race that would determine what party controls the Senate,” Jake Roth ‘22 said.

According to research from CIRCLE at Tufts, youth voter turnout in 2020 was much higher than in 2016, with calculations estimating 52-55% of young adults ages 18-29 voted in the presidential election. City High students have also taken an interest in politics during this most recent election season.

“I think if you don’t care about politics, it’s a little bit insensitive because [politics] really do affect people and their everyday lives. They affect me, but they really affect everyone around me too, and I care about that,” Johanna Kopelman ‘21 said.

Some students were of eligible voting age and were able to vote for the first time during the 2020 election cycle.

“I voted [for the first time] and I felt more responsible. It felt like I could do something to make a change in this country,” Max Stelzer ‘21 said.

Voter turnout in state and local elections tends to be lower than voter turnout for national races, though the Ossoff and Warnock coordinated campaign worked to mobilize people from all over the country to support the race.

“Everyone’s vote is important, but I think the main reason to vote is that it’s a civic duty. If you live in a democracy, it is your responsibility to participate in that system, and get information about the candidates,” Sara Mitchell, Political Science professor at the University of Iowa said. “The United States among other developed democracies has one of the lowest voter turnouts in our national races, but this year was encouraging because this race was a very high turnout race.”

“No matter whether you win or lose, participation is key for everyone. It’s about participating, and Georgia showed it. Make sure to vote and caucus when you’re eligible,” Jacoby said.

“It’s an interesting dynamic because the same Republican trifecta in the state is the opposite with the Democrat trifecta in Washington DC. I think mixed government works best. I always hesitate when any party, Democrats or Republicans, are totally in charge,” Jacoby said.

Kamala Harris made history as the first woman, Black American, and Asian-American to become Vice President. Jon Ossoff and Rev. Raphael Warnock also brought diversity to the senate chamber. Ossoff is one of eleven Jewish senators and Warnock is one of three Black senators currently serving in the U.S. Senate.

“I was happy [about the outcome] of the race. I was ecstatic that there was someone who is Black, who is representative of me, in the Senate, and that someone in my party affiliation was able to gain a majority,” Stelzer said.

“After Biden won, it was really about who could control the Senate and how effective at least his first two years of presidency would be in terms of passing policies. That really does trickle down to affecting everyone,” Kopelman said.

The political party that wins the majority of the United States Senate determines what policies the president can implement. As a result of Kamala Harris being elected as Vice President and President of the Senate, and Senator Chuck Schumer serving in his new role as Senate Majority Leader, the Democratic Party now has the deciding vote on decisions that are tied between parties.

“Why the Georgia race was consequential is because it moves the Senate to 50/50 in terms of Democrat and Republican seats. By rules, the Vice President breaks ties in those cases and because that person is Kamala Harris, that means Democrats will basically be the tiebreaker on those votes,” Mitchell explained.

As a result of the Democratic Party now having control of the Presidency, the House of Representatives, and the Senate, the country now has what is called a unified government.

“This matters because the kinds of policies that can be passed could be changed quite a bit.” Mitchell said. “When one party has control of all three branches we have a unified government. Under a unified government, it’s easier for a party to enact its policy preferences.”

Georgia’s Secretary of State certified the results of the runoff election on January 19, Jon Ossoff defeating former Senator David Perdue and Rev. Raphael Warnock defeating former Senator Kelly Loeffler. After being inaugurated as Vice President and President of the Senate on January 20, Kamala Harris officially swore in Ossoff and Warnock to the Senate on the same day.

“I think there are some people who are currently satisfied with how everything is, and I definitely am not. I think this is a great start, but there’s so much more to still do,” Kopelman said.