The D.C. Riot and its Effects on Iowans

Iowans share their reactions to the Capitol riot in Washington D.C. 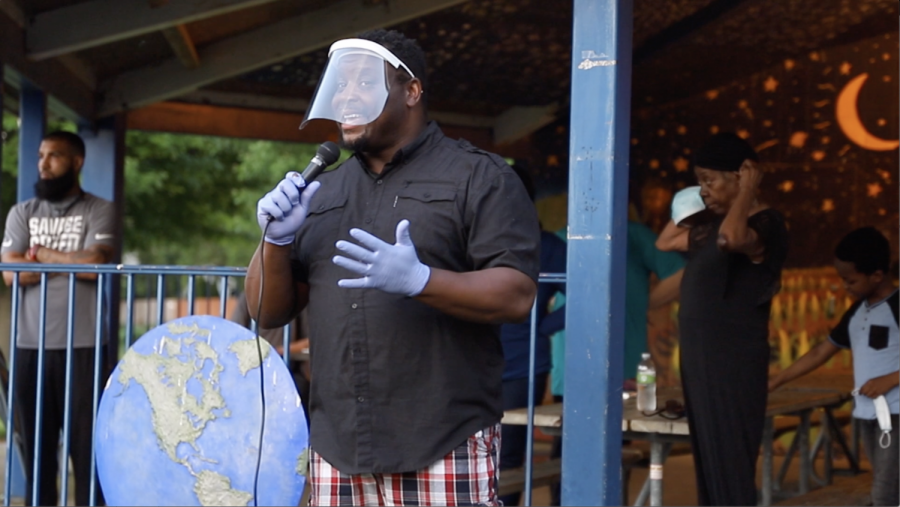 Iowa City Mayor Bruce Teague speaking at a protest over the summer.

After the results of the 2020 elections were confirmed, many described tensions as high between the two major political parties. On Wednesday, January 6, 2021, Donald Trump spoke at his “Save America” rally, where supporters of the former President gathered near the White House. As the events of the day unfolded, violence increased, resulting in rioters storming the United States Capitol building.

“Finding out how the storming of the Capitol actually went, I was shocked at how far [rioters] got– the fact that they actually got in, I was very disappointed to hear that,” Faith Odhiambo ‘22 said. As a person of color, Odhiambo described a feeling of fear. “The day after, I was still in shock. I did feel a vibe change as I went about my life. I feel like after that happened, all POC were scared.”

“We saw quite a few things happening. We saw that people were upset about the election, the results of the election, and claims that it was stolen,” Bruce Teague, Mayor of Iowa City said. Teague offered his perspective as the second Black mayor of Iowa City. “But amongst that, we also have what I would consider to be, visible hate against people of color. It was clear that there was a presence of individuals that have a white supremacy mindset and that are very vocal.”

The state of Iowa voted to elect Donald Trump as president in 2016 and voted to reelect him in the 2020 presidential race. Iowa City’s election results differed. Donald Trump was unsuccessful in winning Iowa City throughout both election cycles.

“[January 6, 2021] felt like a political war to me. It just proved how Trump had, and still has, so much power over many of his followers,” Simone Garza, a co-organizer of the Iowa Freedom Riders said

The evening of January 6, 2021, Washington D.C. Mayor, Muriel Bowser, issued a citywide curfew beginning at 6 p.m. After the events of the day, Mayor Bowser issued a state of public emergency continuing for 15 days.

“When talking about overt racism, there is a reason to be overly cautious during times when there’s a group of people that are engaged in heightened, excited behavior. That was an opportunity for people to be a little more cautious during this time,” Mayor Teague said

Although no mayors in the state of Iowa issued a state of public emergency, following the 6th, the Iowa Freedom Riders (IFR), a racial justice activist group established in May of 2020, issued a travel advisory for Black Iowans commuting during evening hours in Iowa City.

“There was a lot of circulation of messages being spread where Trump supporters were attempting to act on violence and commit hate crimes. It’s one of those things where [regardless] of whether information is completely true or not, I would rather see someone be safe,” Garza said. “Iowa is considered a Sundown State, and I feel like it’s needed to look out for each other.”

The term “Sundown Town” has a historical connotation. Sundown Towns were typically all-white communities that purposefully excluded Black Americans along with other minority groups. Printed and verbal warnings would prohibit Black citizens from working or traveling in an area past sundown. The phrase is now used to warn Black residents that traveling alone at night that it may be unsafe. The hashtag #BlackEmergencyIA was circulating on social media after the events of January 6, 2021.

“[The advisory] was definitely necessary because of how our state is, but it’s sad to see that that’s something that has to be put out. It’s just very sad that that is our reality,” Odhiambo said.

Growing up in Burlington, Iowa, Garza has always enjoyed helping others. She is currently a senior at the University of Iowa majoring in mass communication and journalism, with a minor in philosophy. In addition to her involvement in politics, she is also heavily interested in the arts, often combining the two. To further help people and bring attention to issues that are important to her, she joined the IFR.

“It’s more than just police brutality, it’s dealing with the discrimination, the racial profiling, and the violence that is dealt with every day in society, and there is nothing being done about it. People like me [and other IFR organizers], were fed up with seeing the same result happening every day, every year, the same thing just a different person. Something needs to be done about that,” Garza said.

The Iowa Freedom Riders led Black Lives Matter protests throughout the summer around Iowa City. The goal of the protests was to unify as a community and create change.

“Our intention was to be peaceful. It was not to act out in any negative or harsh way. Our goal was to fix the problem we constantly see every day. What happened on the sixth, I really found that interesting, because if it were a person of color, we wouldn’t have made it that far,” Garza said. “Even if we didn’t have weapons, even if it was a peaceful protest, it amazes me how they had that authority and power.”

At the height of the Black Lives Matter protests, President Trump publicly stated via Twitter, that vandalism towards federal properties can result in up to ten years in prison. Protesters also received a variety of retaliation from law enforcement including rubber bullets, tear gas, and physical force. According to an article in The Guardian, there have been reports of over 950 incidents of police brutality against BLM protesters in the past year.

“There was definitely a lack [of consequences] for rioters [at the Capitol]. I know if these were Black Lives Matter protesters this wouldn’t have happened and they would’ve been put in jail much quicker. I’ve been seeing people getting minimal sentences for a high crime that was committed,” Odhiambo said. “After attending BLM protests, I saw 18-year olds getting arrested on the spot for not doing anything at all. It was saddening to see.”

The past year has also been significantly busier for local municipal government concerning matters related to COVID-19, the revival of the Black Lives Matter Movement, social justice activism, and the Derecho that swept the state. Input from the public has also increased.

“[My job] has been quite busy. The influence, concerns, and comments to the [Iowa City] Council from the public have increased during this period, because of so many significant events that have happened in our community,” Mayor Teague said.

While many express that events such as the one seen on January 6 become taxing to minority groups, it also opens a line of communication, allowing tough conversations to happen which in turn promote the overall movement towards equality.

“There have been a lot of people reaching out and giving their opinion on these matters,  engagement has increased. I have really been open to hearing all voices. I did have to take a moment to really speak to a few people to help them understand what Black Lives Matter really means,” Mayor Teague said. “I’ve had to remind people, you know, you’re talking to a Black man.”