There have been more obstacles than ever in the way of this year's swimmers, from COVID 19 to changes in coaching, but they have made the best of it 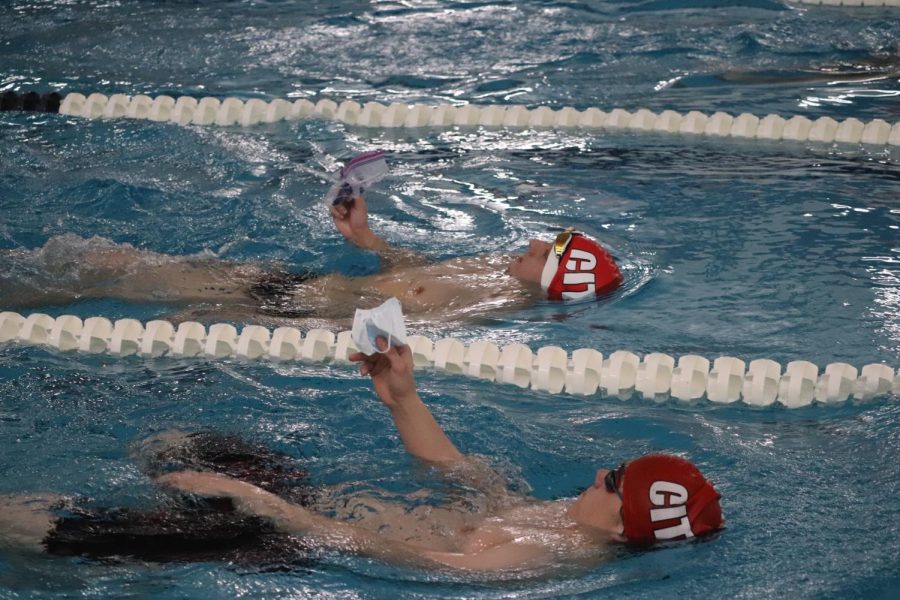 “We did a really good job coming together, especially this year there not only is COVID impacting our swimming, but [also] the changes with coaches and teammates. I think that we did a very good job [of] having a nice attitude on the team,” Isaac Weigel ‘21, a captain on the swim team said. “I think people are working harder this year. Everyone is making more of an effort to either not lose the condition that they have been in or to push themselves a little bit farther.”

Despite the obstacles, the beginning of the season looked promising for the City High Boys Swim Team. The team had large amounts of improvements, and the Varsity team managed to go undefeated in dual meetsm, with only one tie. However, halfway through the season, the team was forced into quarantine due to a positive COVID test.

“In an ideal world you [wouldn’t] have any shutdowns. They interrupt practice, but they’re [necessary],” Weigel said.

Even though the team got forced into quarantine throughout the middle of the month of January, they continued to train with practices over Zoom.

“The team had tremendous momentum heading into the quarantine, and it was our mission to keep that going,” Head Coach Mandi Kowal said. “Sometimes, you don’t realize how good you have it until it’s gone. This year, we didn’t have two back to back weeks of training [before districts].”

After coming out of quarantine, the Little Hawks immediately got back in the pool preparing for the Mississippi Valley Conference super meet. There they managed to take second place with a total of 287 points.

“I think the team did a really good job of having a good mindset going into the meet. They were very competitive, and didn’t let the practice get to them mentally,” Chase Loftus ‘22, a captain on the City High Boys Swim team said.

At the IAHSAA District meet hosted by Clinton High School, City High managed to get third with 365 points, only 6 points behind second place Cedar Rapids Washington.

“[This year] there has been tremendous improvement with the team which is remarkable considering we haven’t been able to train the way we coaches would like,” Kowal said. “From technical changes to tactical changes to many PR’s (personal records) you can’t ask for more.”